Iraqi security forces shot dead at least 13 protesters in the southern city of Nassiriya on Thursday as anti-government demonstrators burned an Iranian consulate.

Medical sources said that 13 people were killed and dozens more were wounded when security forces opened fire on protesters who had gathered on a bridge in Nassiriya.

Authorities responded to the unrest by setting up joint military-civilian ‘crisis cells’ and imposing a curfew in the southern holy city of Najaf where protesters stormed and set fire to the Iranian consulate.

Businesses and government offices were closed in the city.

Demonstrators can be seen setting a fire in front of the Iranian consulate as they gathered during ongoing anti-government protests in Najaf, Iraq yesterday. Authorities imposed a curfew across the city, which houses the second holiest site for Shi’ite Muslims 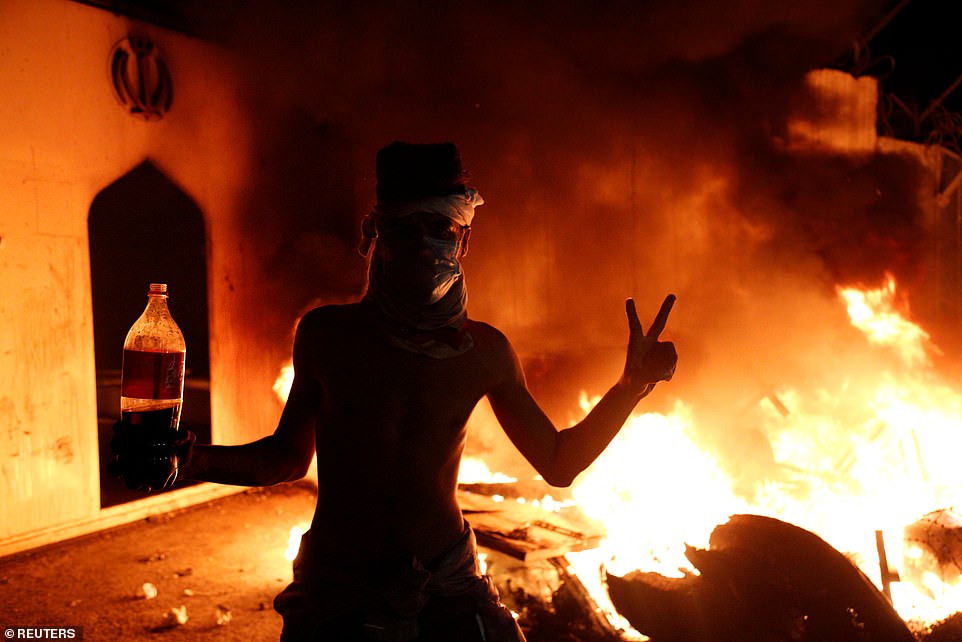 A protester covering his face with a bandana gestures the peace sign in front of the torched Iranian consulate yesterday in Najaf. Security forces opened fire on demonstrators who had gathered on a bridge in Nassiriya last night and killed eight of them 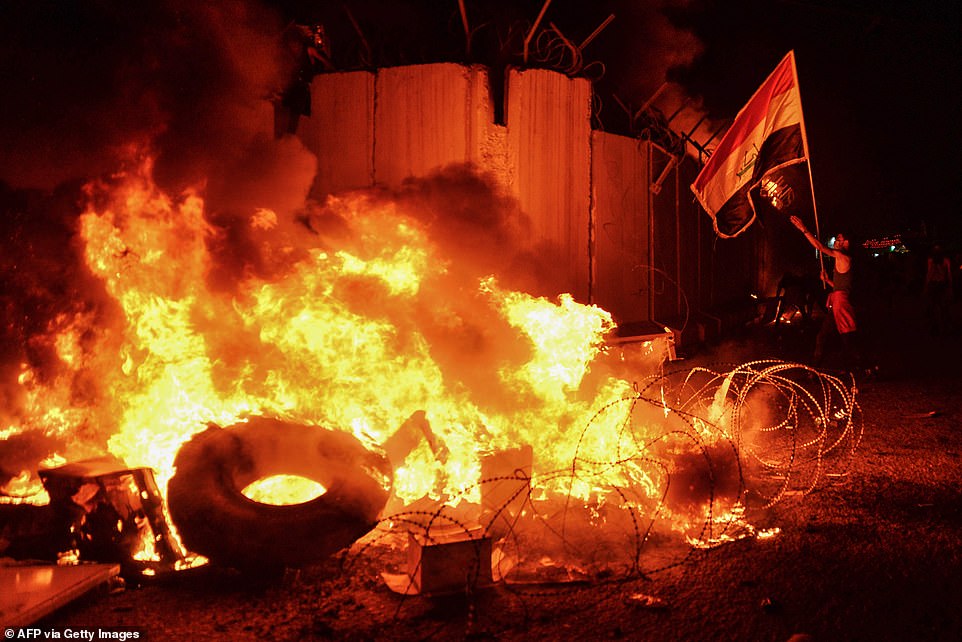 Iraqi demonstrators waved their country’s flag as they burned tires yesterday during anti-government protests in Najaf. The protests that have consumed the country since October have aimed to bring down a government seen to be backed by Tehran

The torching of the consulate escalated violence in Iraq after weeks of mass demonstrations that aim to bring down a government seen as endemically corrupt and backed by Tehran.

It was the strongest expression yet of the anti-Iranian sentiment of Iraqi demonstrators, who have taken to the streets for weeks in Baghdad and the Shi’ite Muslim-majority south.

Hundreds have been killed by Iraqi security forces. 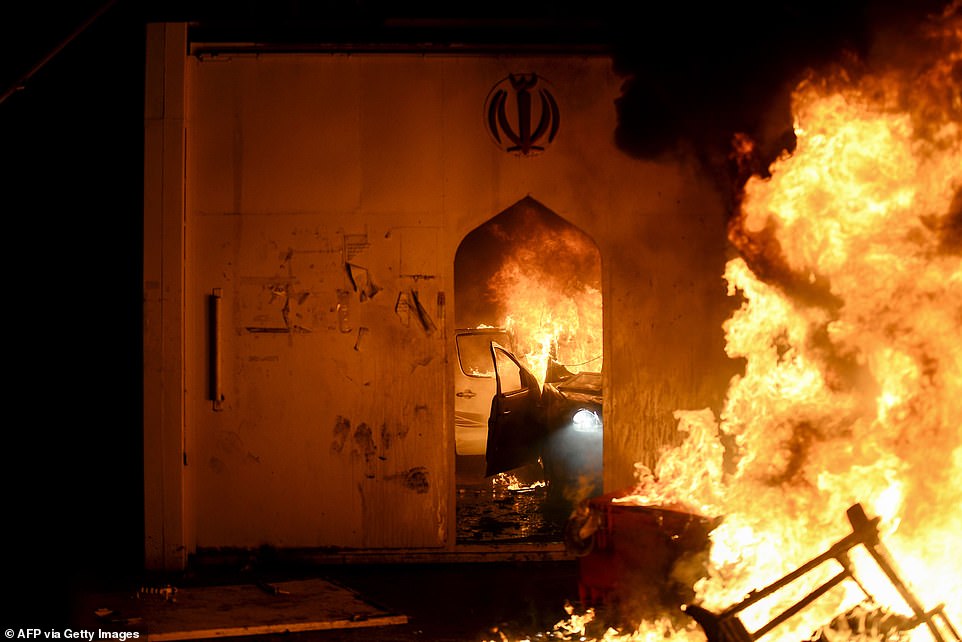 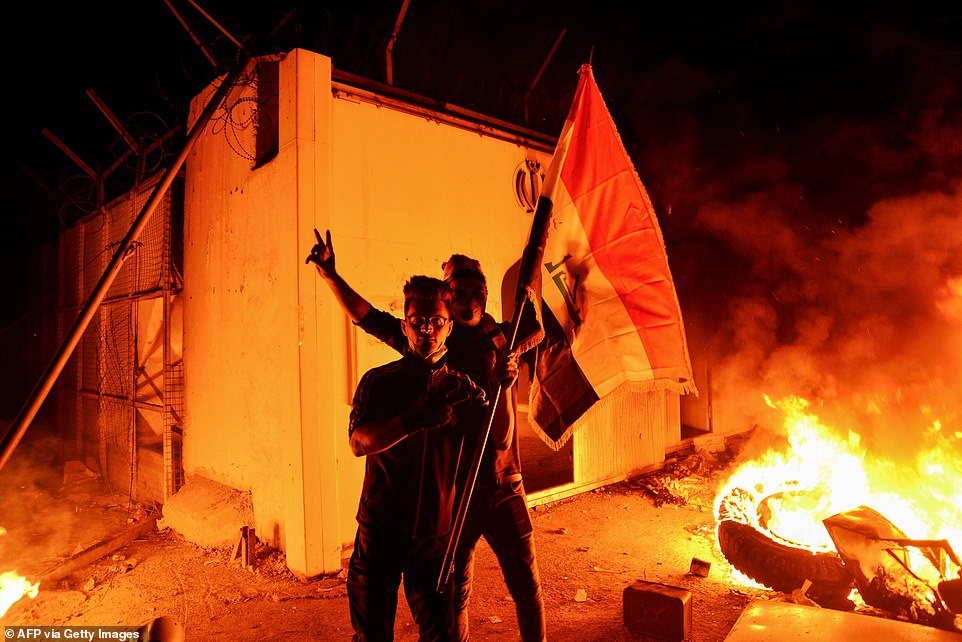 Protesters stand with the Iraqi flag in front of the Iranian consulate in Najaf yesterday. The violence, which started on October 1, has claimed the lives of 350 people, according to police and medics 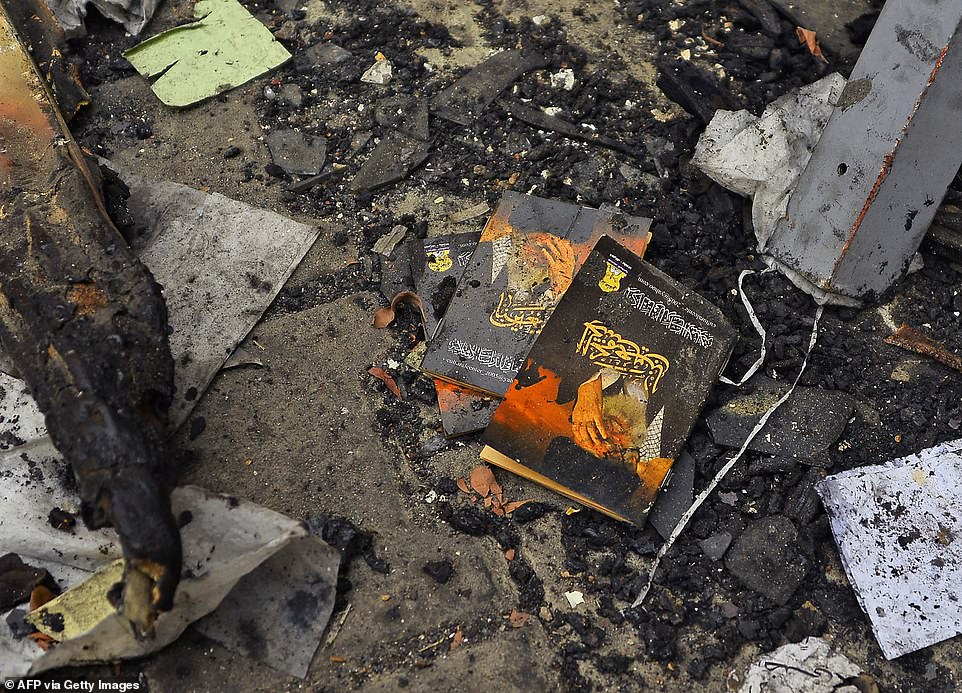 Iraqi authorities had set up ‘crisis cells’ in several provinces to try to restore order, a military statement said.

It said the cells would be led by provincial governors but would include military leaders who would take charge of local security and military forces.

The protests, which began in Baghdad on 1 October and have spread through southern cities, are the most complex challenge facing the Shi’ite-dominated ruling class that has controlled state institutions and patronage networks since the 2003 U.S.-led invasion that toppled long-time Sunni ruler Saddam Hussein. 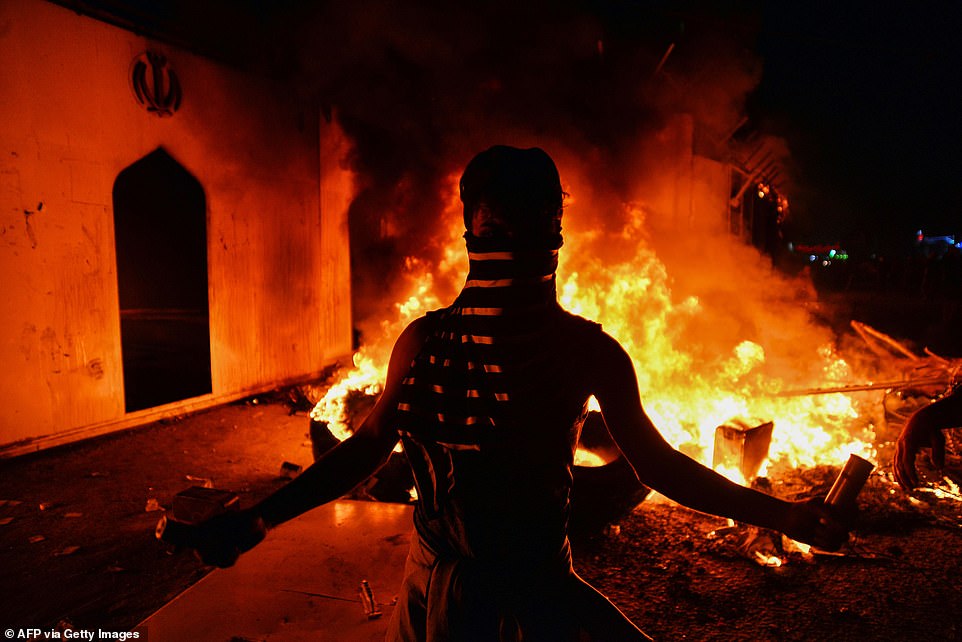 A protester stands in front of flames in Iraq’s holy city of Najaf yesterday. The majority of the demonstrators are unemployed Shi’ite youth 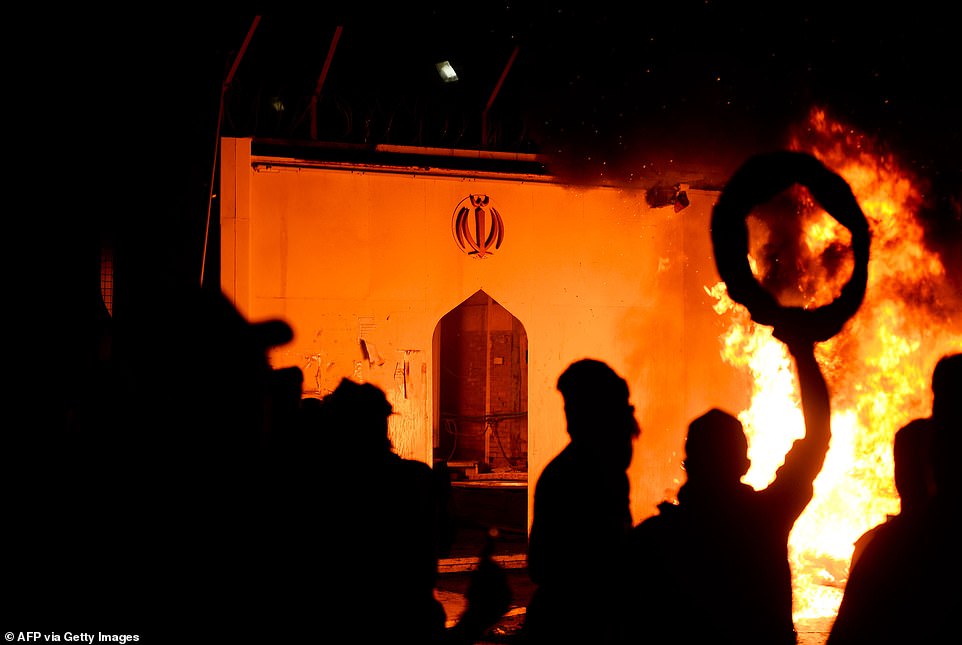 Iraqi demonstrators gather as flames erupt in front of the Iranian consulate yesterday in Najaf. The events of last night were the strongest display of anti-Iranian sentiment since protests began in October 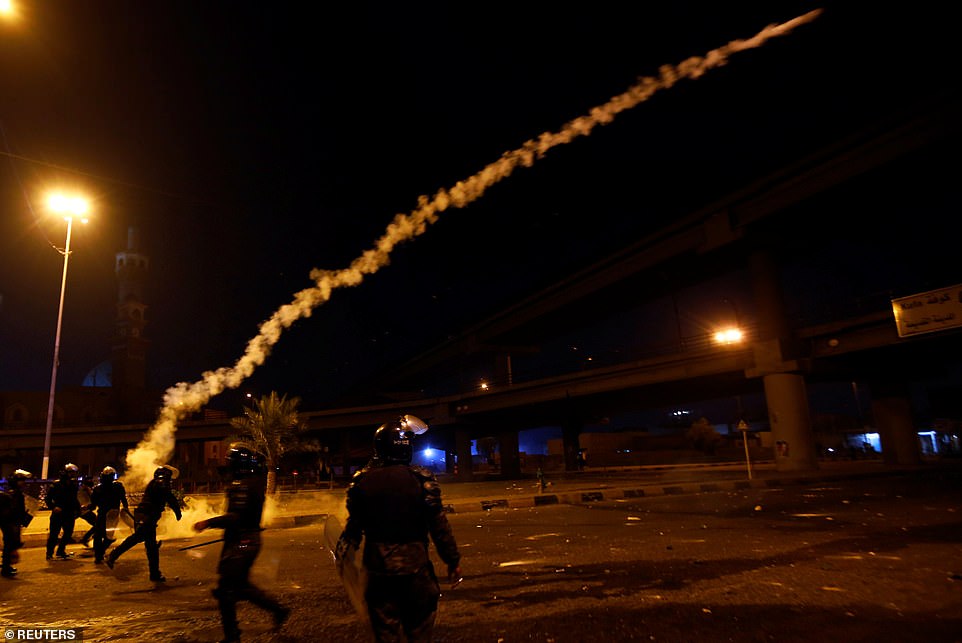 The violence has killed more than 350 people, according to police and medics