Ireland defied sweltering heat in Cairns to get their World Cup campaign off to a stunning start with a 36-12 victory over Italy.

Winger Liam Kay scored two of the Wolfhounds’ six tries and skipper Liam Finn kicked six goals from seven attempts in an impressive victory that sets up the possibility of a quarter-final clash with England.

Kay, who scored 27 tries in 21 appearances for Toronto this year, picked up from where he left off in League 1 when he opened the scoring after only two minutes following a telling pass from lively full-back Scott Grix. 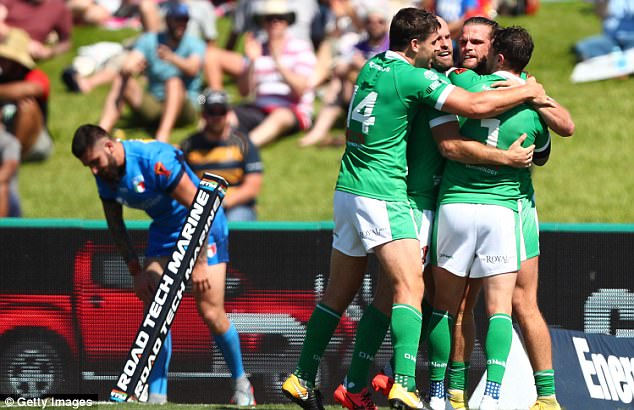 Seven minutes later loose forward George King timed his run to perfection to touch down Michael McIlorum’s grubber kick and Finn kicked his second conversion before adding an 18th-minute penalty to open up a 14-0 lead.

Ireland ought to have made more of a break by Louie McCarthy-Scarsbrook but they went further ahead on 29 minutes when Kay grabbed his second try in identical fashion to his first and Finn maintained his accuracy to land his fourth goal.

The Wolfhounds coped admirably with the conditions, aided by drinks breaks after 20 and 60 minutes, but suffered a setback three minutes before half-time when Grix’s pass in a promising attacking position was intercepted by centre Justin Castellaro, who raced 70 metres for an opportunist try. 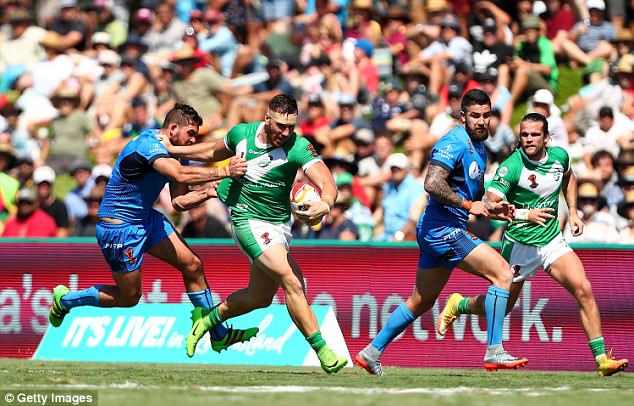 Ireland coped brilliantly in the sweltering heat against their Italian opponents

Former Hull KR winger Josh Mantellato added the conversion to make it 20-6 at half-time and it got even better for the Azzurri despite losing half-back Jack Johns, son of former Wigan player Matthew, with an arm injury.

The deficit was cut to just eight points six minutes into the second half when Mantellato outjumped Shannon McDonnell to bring down the ball and put his centre Nathan Milone over for Italy’s second try, which Mantellato again converted.

However, Ireland quickly regrouped to make the game safe with two tries in a 13-minute spell. 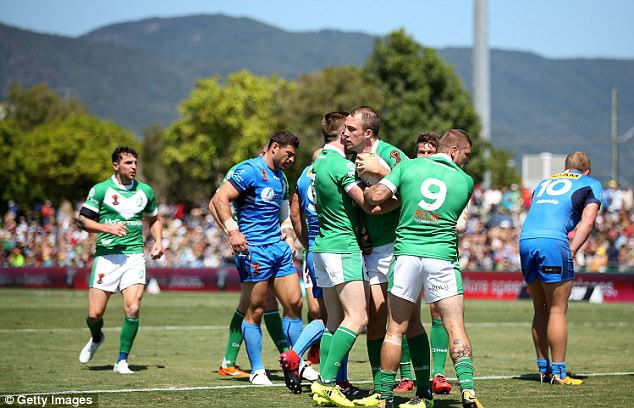 Prop Kyle Amor charged onto McIlorum’s short pass to score his side’s fourth try and centre Michael Morgan, who was denied moments earlier by being held up over the line, touched down a kick from Grix after Italy full-back James Tedesco had been deceived by a wicked bounce.

Finn kicked his sixth goal but lost his 100 per cent record when he narrowly failed to convert a last-minute try from McCarthy-Scarsbrook.

The St Helens forward proved unstoppable from 10 metres out to cap an outstanding individual performance in which he carried the ball for 195 metres, the second most of any forward in the last three World Cups.