‘We definitely have to hit the ground running’: Ireland boss Joe Schmidt wants statement of intent in World Cup opener against Scotland

By Rory Keane For The Daily Mail

Four years ago, Schmidt’s squad had the luxury of building towards their toughest pool game against France with games against Canada, Romania and Italy.

By the time Ireland arrived in Cardiff for that crunch encounter, they were primed and beat the French 24-9, topping the group in the process.

However, their pivotal pool game is first up this time and Schmidt knows his side must hit top gear, saying: ‘Yeah, I think you have to. We probably arrived a little bit underdone in 2015 and tried to get an upswing through the pool so there was almost a natural progression and I felt that we got there.

‘Unfortunately, there was some collateral damage on the way through that made it very difficult beyond that but this time we definitely have to hit the ground running, this is the equivalent of the French game last time but we’ve got it first up. Therefore we’ve tried to taper and periodise our upswing a little bit earlier and hopefully there’s been a little bit of evidence that it’s starting to come and we’d love that to be the case for the Scotland game.’

New Zealand and South Africa are slugging it out to top Pool A and how those two big teams fare in the group stage will have a significant effect on Ireland’s World Cup chances. 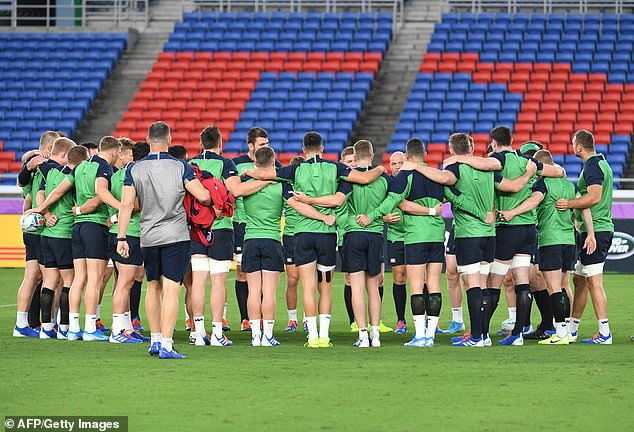 Schmidt’s team are set to meet one of those global heavyweights at the quarter-final stage.

Earlier this week, All Blacks boss Steve Hansen said it ‘wouldn’t be the end of the world’ if his side lost to the Springboks and failed to top the pool, but Schmidt did not share his fellow Kiwi’s view, citing the bonus of an extra day’s rest for the pool winners in the knockout stages.

‘I think people underestimate the difference between a six-day versus a seven-day versus an eight-day turnaround,’ he said.

‘We have six days and Japan will have eight and I’m sure coaches Jamie Joseph and Tony Brown will make really good use of that with the Japanese side.

‘We finished the Six Nations with a six-day turnaround and we didn’t bounce back into that as well as we should have done and there’s been some good learning from that.’

Scotland head coach Gregor Townsend has named a strong side with Greig Laidlaw preferred to Ali Price at scrum half. 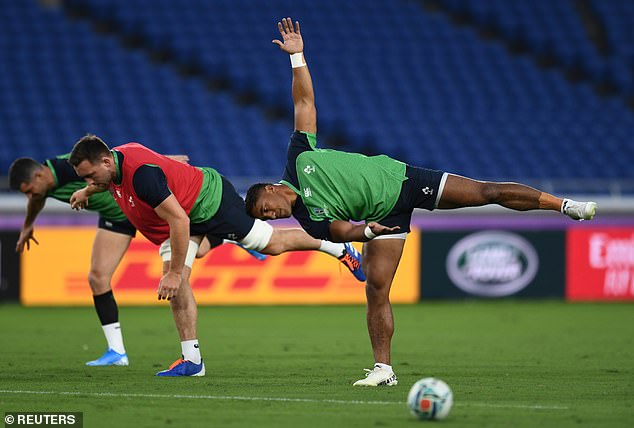