It was a morale-boosting victory for Ireland, which failed to win a match at the 2013 World Cup after making the quarterfinals in 2000 and 2008.

Former Australia playmaker Terry Campese was ruled out of the match for Italy with a calf injury. The 33-year-old Campese, now a part-time footballer for Queanbeyan Blues in the Canberra competition, qualified to play because of his Italian grandfather.

In another match Sunday, Lebanon beat France 29-18. Scotland play Tonga later at Cairns to conclude the first round in the 14-team tournament.

Australia, New Zealand and Papua New Guinea all made winning starts. After Australia beat England 18-4 in the opening match of the tournament in Melbourne on Friday, Papua New Guinea posted its largest-ever test victory in beating Wales 50-6 in Port Moresby, while New Zealand defeated Samoa 38-8 in Auckland.

Fiji team officials said Sunday that prop Kane Evans, who scored one of Fiji’s tries, sustained a suspected broken wrist and could be out for the remainder of the tournament.

Three teams from each of Group A (Australia, England, France, Lebanon) and Group B (New Zealand, Samoa, Scotland and Tonga) will advance to the quarterfinals along with the winning teams from Group C (Papua New Guinea, Ireland, Wales) and Group D (Fiji, United States, Italy). 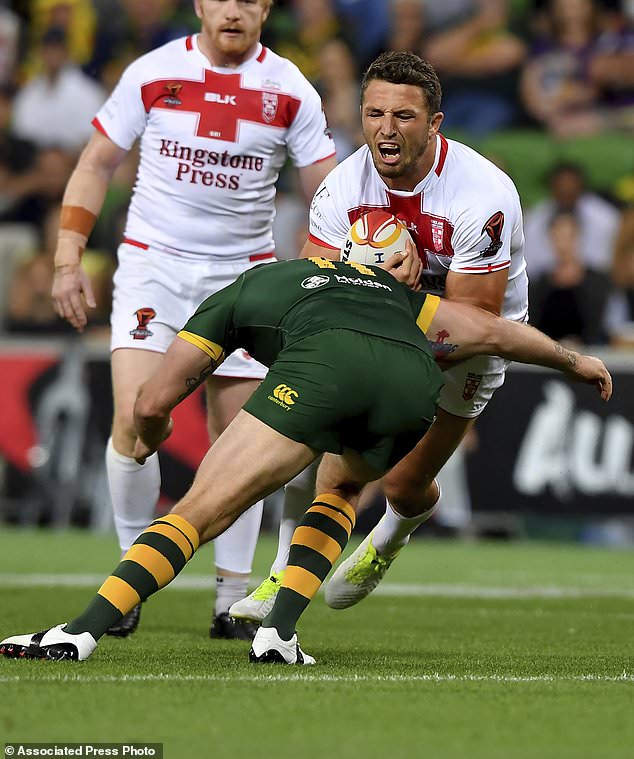