Ireland’s EU Commissioner Phil Hogan has launched an astonishing attack on Prime Minister Theresa May claiming she should ignore ‘the extremists within her party’ and describing Brexit promises as ‘fools’ gold’.

Mr Hogan, who is a former Irish government minister, said it ‘beggars belief’ that Mrs May has only started talking to opposition politicians over Brexit.

He also suggested that Labour leader Jeremy Corbyn has no chance of negotiating a better deal with the EU.

Writing in the Irish Independent, Mr Hogan described hard-line Tories of ‘peddling a toxic lie’ that a hard Brexit is the best outcome for the UK.

He suggested that leaving the EU without a deal would leave Britain at the mercy of Donald Trump’s ‘America First’ policy.

Mr Hogan, who was a close confidant of former Irish Taoiseach Enda Kenny, wrote that Westminster needs a ‘reality check’.

He said: ‘There is precious little time left to sort out this mess, and if a breakthrough is to happen, UK politicians need to get over their unwillingness to acknowledge certain uncomfortable truths. Facts are still thin on the ground in parliamentary debates in London. 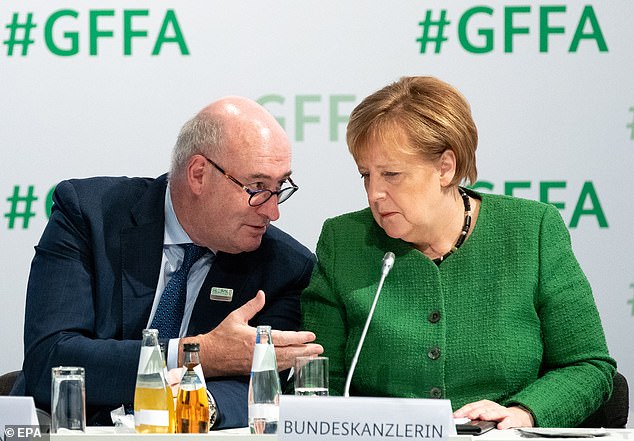 Mr Hogan, pictured with German Chancellor Angela Merkel in Berlin yesterday urged Mrs May to ditch ‘the extremists within her own party’ 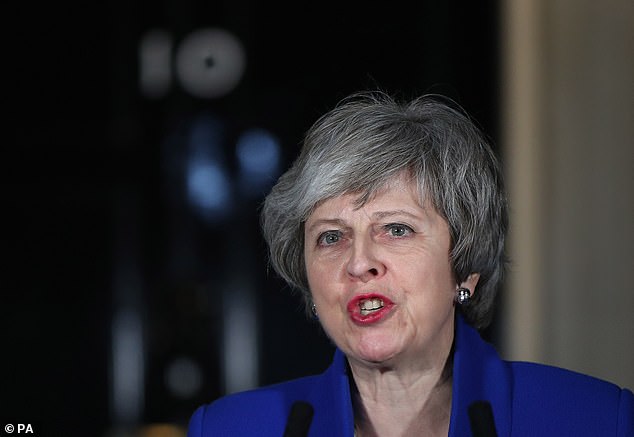 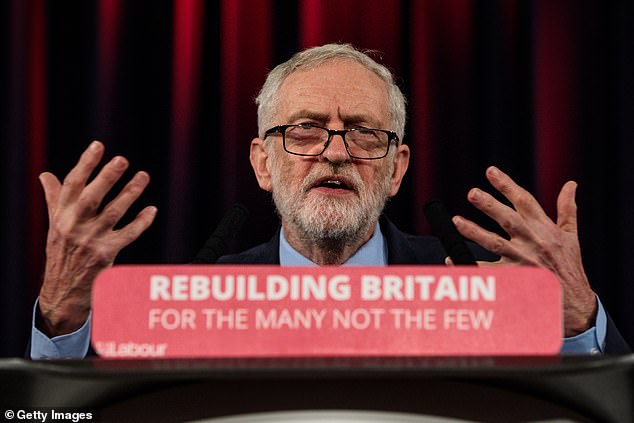 Mr Hogan said Labour leader Jeremy Corbyn, pictured, would have no chance in securing a better deal than Mrs May with the EU

‘Too many Conservative MPs continue to peddle the toxic lie that a hard Brexit would be the best outcome for the UK. It would not.’

Mr Hogan said it would be ‘impossible’ for the UK to secure trade deals with as many benefits as it currently has with the EU.

He added: ‘If Mrs May rolled back on her red line of exiting the customs union, most of the outstanding obstacles to a deal would be swept away. It is high time she marginalised the extremists within her own party and worked more closely with other parties across the Westminster aisles.’

He advised ‘mainstream UK politicians’ to drop the ‘fanciful rhetoric’ and start speaking the ‘plain unvarnished truth’ to find a solution to Brexit.

He claimed Britain was sailing ‘uncertainly into the future without any compass’.