The dog-eared letter that Johnny Sexton’s mother, Clare, unearthed at a family dinner could become something of an heirloom of Irish rugby.

It captures the competitive edge which still makes Sexton, now aged 32, the General in the No 10 jersey.

‘It was funny,’ says Sexton. ‘I’d written this letter when I was 10 or 11 years old and mum brought it round to my new house not so long ago. It was a letter of apology to one of my old teachers. I was playing midfield in a football match and at half-time our coach — who was also the ref — moved me to goalkeeper. We were going well. I wasn’t happy and I told him where to go with a few curse words.’

Almost 23 years later, Sexton still barks at anyone who crosses him. He has steered Leinster to six wins from six in Europe this season and now, in his ninth Six Nations, he is ready to add to his 74-cap haul.

‘That hunger’s still there every day,’ says Sexton (right). ‘The lads still slag me off for being a bit grumpy if things aren’t going well.

‘I find it hard to hide that frustration or disappointment on the pitch but, when I’m at home with my kids, I’m a completely different person.’

Sexton, who recently moved back to his childhood village of Rathgar, featured in all of last summer’s Lions Tests in New Zealand. 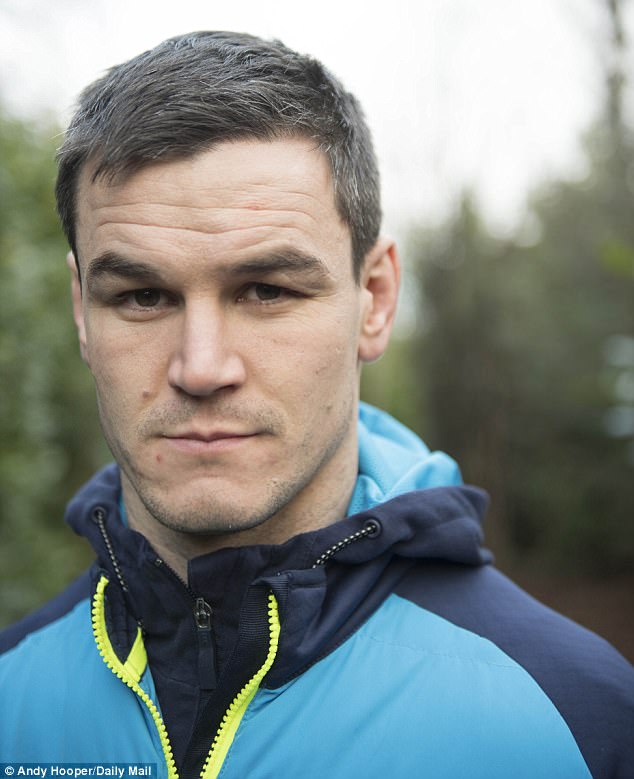 Subsequent medical bulletins backed up his bloody-mindedness, having secretly played through the final Test, which ended in a draw, with a broken wrist and ruptured ankle.

‘You try to avoid the scanning machine because if you get a bad result, you are sent home,’ says Sexton. ‘I hurt my wrist in the second Test so I just got it strapped. There was a bit more pain on the flight home so I got the scan and there was a hairline fracture in my arm — the styloid bone — and I had it in a brace for six weeks. It wasn’t a big deal and it’s all good now, thankfully.’

Ireland’s central funding system, Sexton claims, allowed him to manage his recovery — in contrast to the English players, who could not make it to a Lions reunion because they were rushed back by their clubs.

It also meant there was no opportunity to reflect on flanker Sean O’Brien’s comments that Sexton and Owen Farrell had taken control of training and marginalised the coaches on the tour. 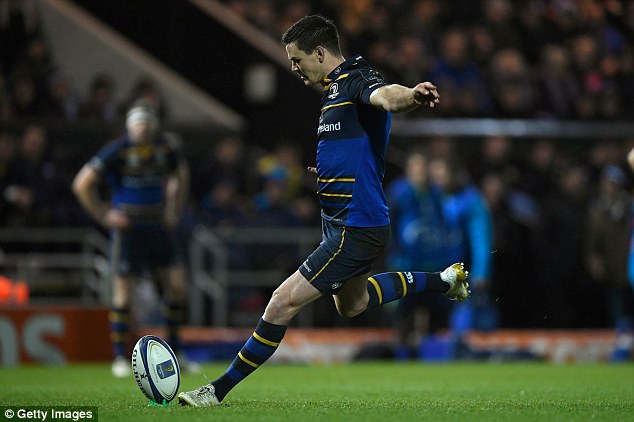 ‘Sean’s comments were blown out of context a little bit because the 10s often run the show in training,’ says Sexton. ‘We were thinking all tour about what’s best for the team — phases, shapes and moves — even when it looked like we weren’t going to play together.

‘Owen’s a world-class player and team-mate. We still exchange the odd text. We planned a get-together with some of the English guys but couldn’t set a date because they were rushed back so quickly by their clubs. It made us realise how well looked-after we are in Ireland. 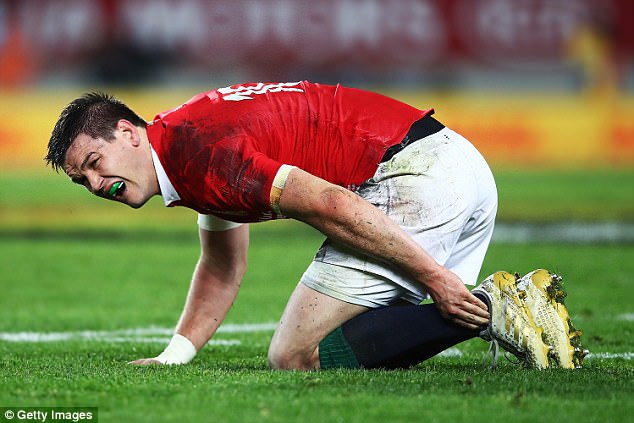 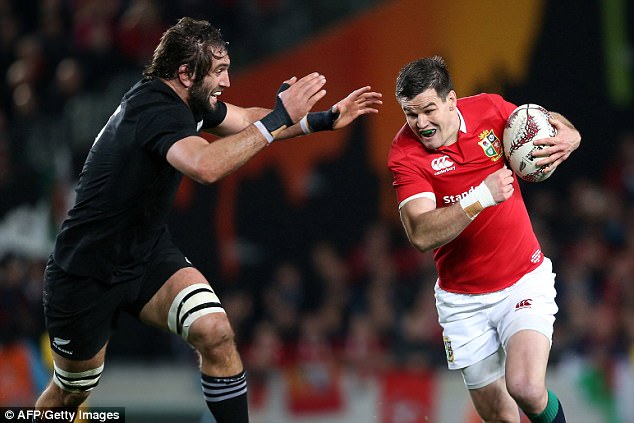 Rarely one for sentiment, Sexton stashed away his latest Lions jersey, but plans to hang it in his godfather’s pub in North Kerry. It is the same pub where, as a schoolboy, he used to wind up the locals by repeatedly kicking a ball against the back wall.

‘It’s a really old pub which has always had a lot of memorabilia on the walls,’ he says. ‘His dad, John Keane, was a famous Irish playwright so there’s a lot of his bits but also a few old rugby jerseys.

‘When I was a kid, I said, “If I get my first cap, can I put my jersey up?” So he agreed to put it above a two-seater snug. If I go down in the summer time, we’ll sit there and have a chat over a couple of pints. Hopefully he can find some space for my Lions jersey.’ 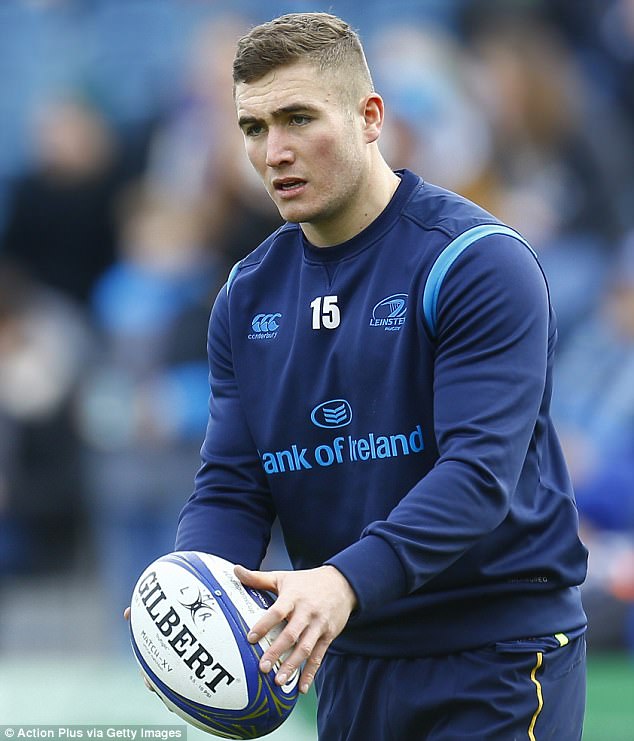 Sexton’s earliest jerseys are almost nine years old. Now one of the oldest senior players, the fly-half sees his own competitiveness reflected in the emergence of rookie Leinster and Ireland team-mate Jordan Larmour. The 20-year-old is in his breakthrough season and is tipped as a potential Six Nations star at either full-back or wing.

‘He’s been outstanding,’ says Sexton. ‘Sometimes you see these young guys coming through who have all the talent, all the flair, but could have a soft touch. Jordan puts himself about and he’s competitive. The best thing about him is that, when the going gets tough, he really stands up.

‘He’s been in Irish camps for a couple of years; straight out of school. Back then, he got his hands dirty and got physical even when we didn’t want him to. He’d be getting in the way. Sean O’Brien was similar when he broke through. He was wrecking rucks and annoying people, but they’re often the guys who make it.’