Irina Shayk and her mini me daughter Lea enjoyed some quality girl time together on Monday.

The dynamic duo were spotted walking through New York City in coordinating stripes.

Irina, 35, sported a Varsity inspired navy blue coat with vertical gold stripes, while her four-year-old daughter wore a striped dress and down jacket.

Just the girls! Irina Shayk enjoyed some quality mommy-and-me time with her daughter Lea in New York on Monday

The model protectively held hands with her daughter as they made their way through the Big Apple together.

Irina covered up her gorgeous complexion with a pair of black shades and a matching face mask.

She injected an edgy touch with black boots and accessorized the look with a glittering necklace and dangling earrings.

The star wore a long white blouse and black leggings beneath her coat, while carrying a leather yellow purse on her arm.

Walk this way: Shayk strolled with confidence through the Big Apple in her leather boots 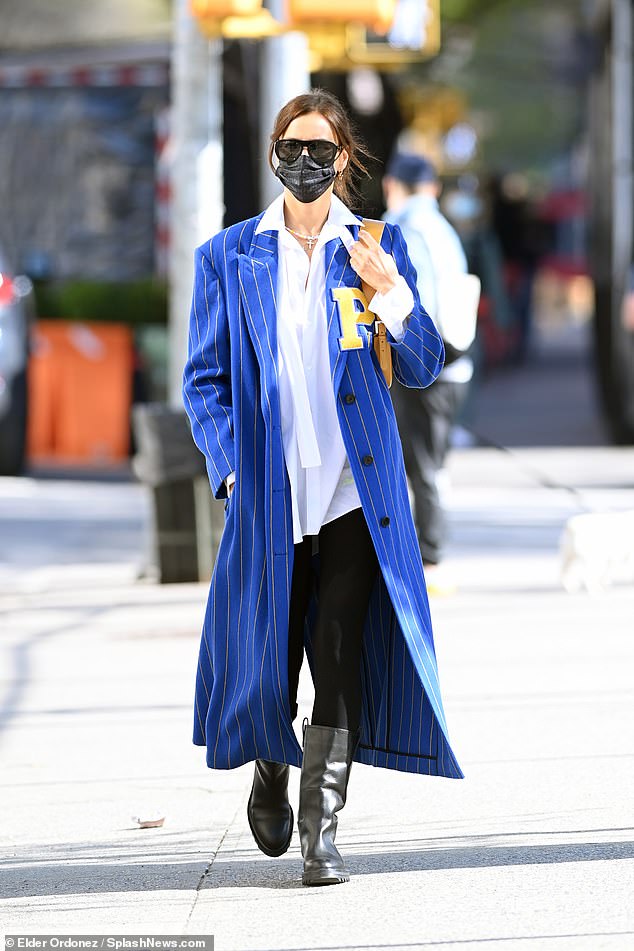 Irina worked the sidewalk like her very own runway, turning heads with her confident strut and trendsetting eye for style.

Despite not being on the runway as much as she used to prior to the pandemic, Irina didn’t look out of practice as she walked through the big city as if all eyes were on her.

Though the fashion world has changed in response to the health crisis, Irina has still remained busy with her modeling career this past year. 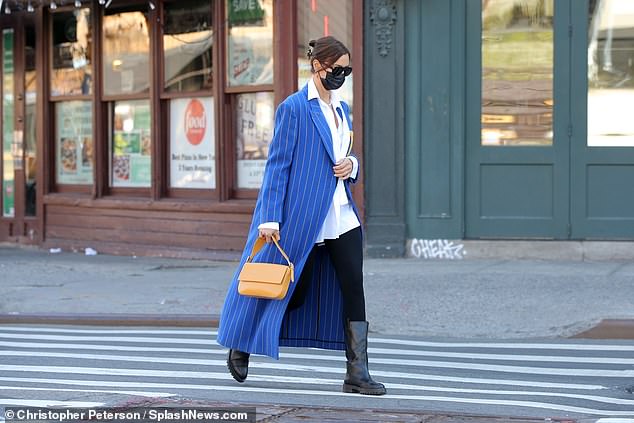 Super stylish: The star wore a long white blouse and black leggings beneath her coat, while carrying a leather yellow purse on her arm

Outside of her flourishing fashion career, Irina is a devoted mother to Lea.

Irina shares daughter daughter Lea with her ex-boyfriend Bradley Cooper, whom she dated from 2015 to 2019.

The couple have had a ‘smooth’ co-parenting routine since splitting.

‘Their co-parenting routine and schedule is going smoothly and they have respect for each other,’ a source told ET Online in January.

‘Bradley’s first priority is Lea and Irina is a hands-on mom too.’ 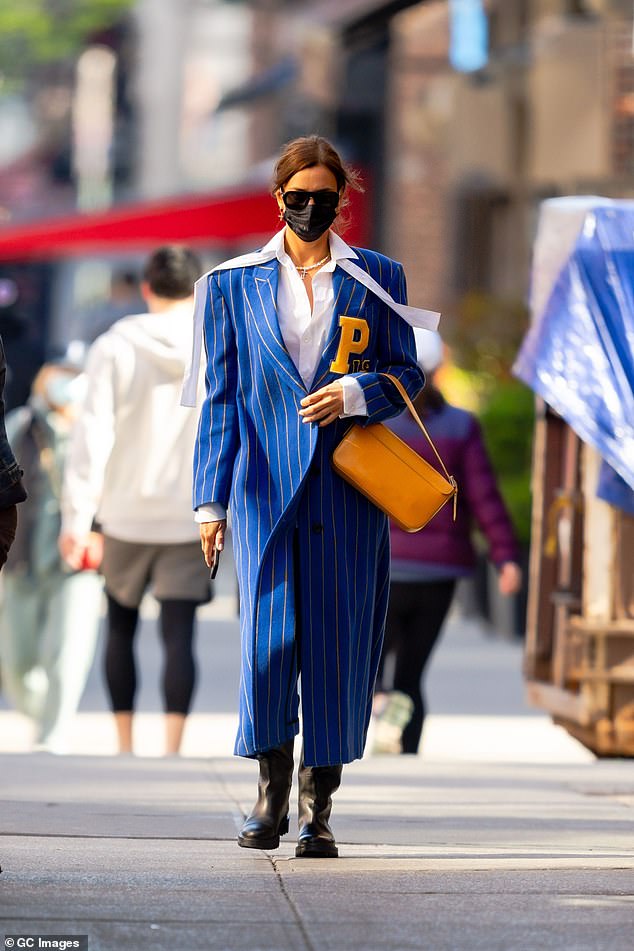 Devoted mother: Shayk has been raising her daughter Lea with her ex-boyfriend Bradley Cooper