The 35-year-old star was with her mini-me daughter Lea De Seine, who was being pushed around in a stroller, before the model walked alone.

This sighting comes a week after it was claimed Kim Kardashian’s estranged husband Kanye West plans on seeing the model again after they spent time together in France. 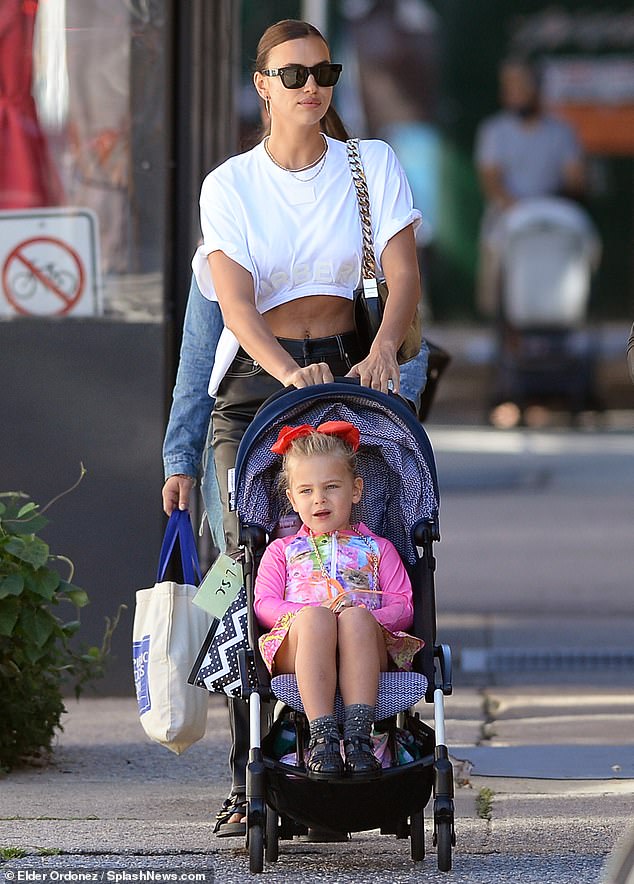 Getting some fresh air: Irina Shayk was seen taking her mini-me daughter Lea for a walk around New York City’s bustling streets on Wednesday morning

Shayk was outfitted in an oversized white t-shirt that featured rolled-up sleeves and an eye-catching crop that exposed a small portion of her impressively toned midsection.

The runway regular contrasted her top with a pair of straight-fitting leather pants that obscured her sculpted legs, as well as a set of matching sandals.

The Russian native accessorized with a stylish pair of sunglasses and silver earrings while keeping a black purse slung over her left shoulder.

Her normally free-flowing brunette hair remained tied back in a tight bun for the duration of her time in public. 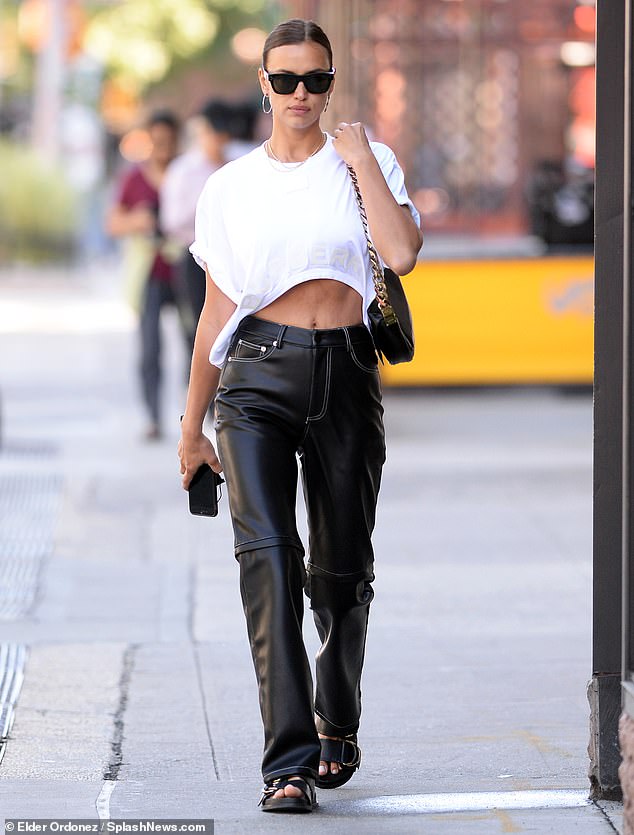 Dressed to impress: The supermodel wore a white shirt that featured rolled up sleeves and an interestingly cut midsection that exposed part of her toned tummy 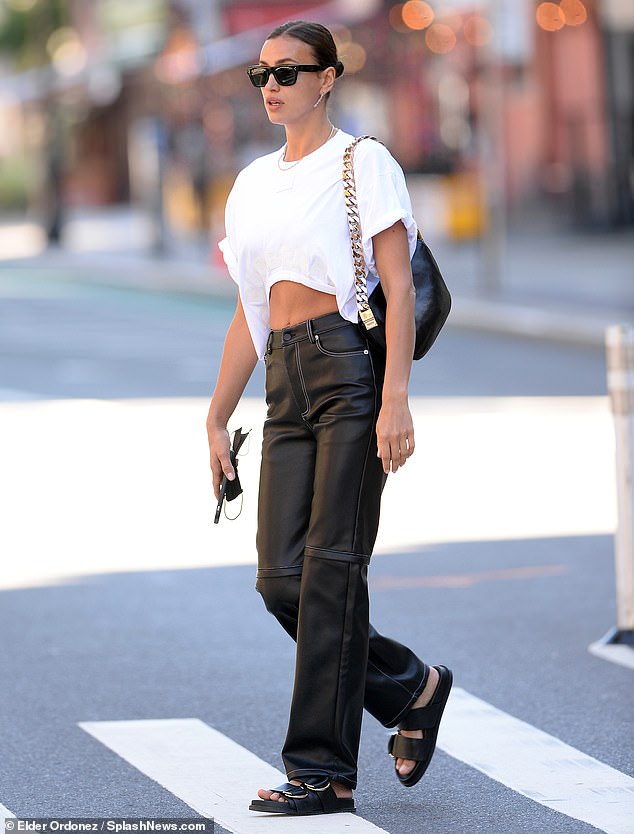 Color coordination: The runway regular contrasted her top with a stylish pair of straight-fitting leather pants and a matching set of sandals

Her child wore pink with black sandals as her stroller had a tag attached that said LSC for Lea De Seine Shayk Cooper.

Shayk shares Lea with her former partner Bradley Cooper to whom she was initially linked in 2015.

Prior to becoming involved with the A Star Is Born director, she dated star athlete Cristiano Ronaldo for several years before the two split up in 2015.

The supermodel began seeing the 46-year-old actor later that year, and the two went on to welcome Lea, currently aged four, in 2017.

Although the couple was spotted with their daughter on several occasions following her birth, they eventually separated in 2019, although they remain on good terms and co-parent their child. 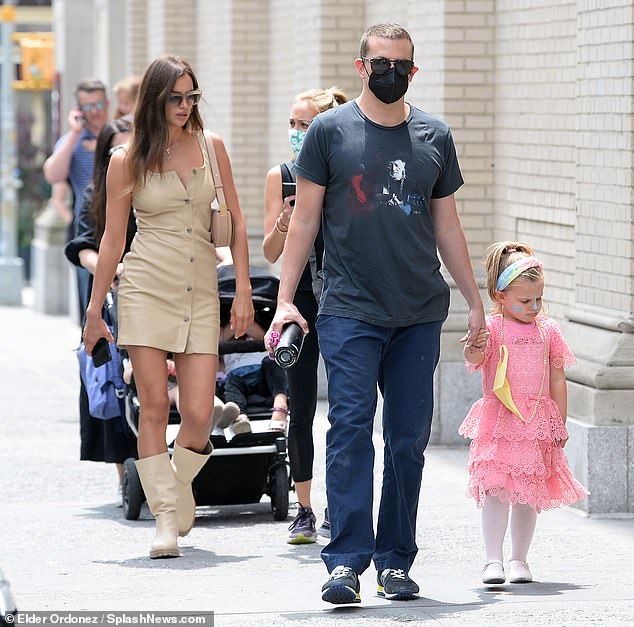 Former couple: Shayk shares her daughter with her past partner Bradley Cooper, to whom she was first connected in 2015; they are pictured with Lea earlier this month

Shayk is currently ‘dating’ West, whom she has been connected to ever since she appeared in the 44-year-old rapper’s music video for his track Power, which debuted in 2010.

According to People, he is excited to see Irina again.

‘Kanye is doing well. He had a great trip to France with Irina. They will date long distance,’ said the source. 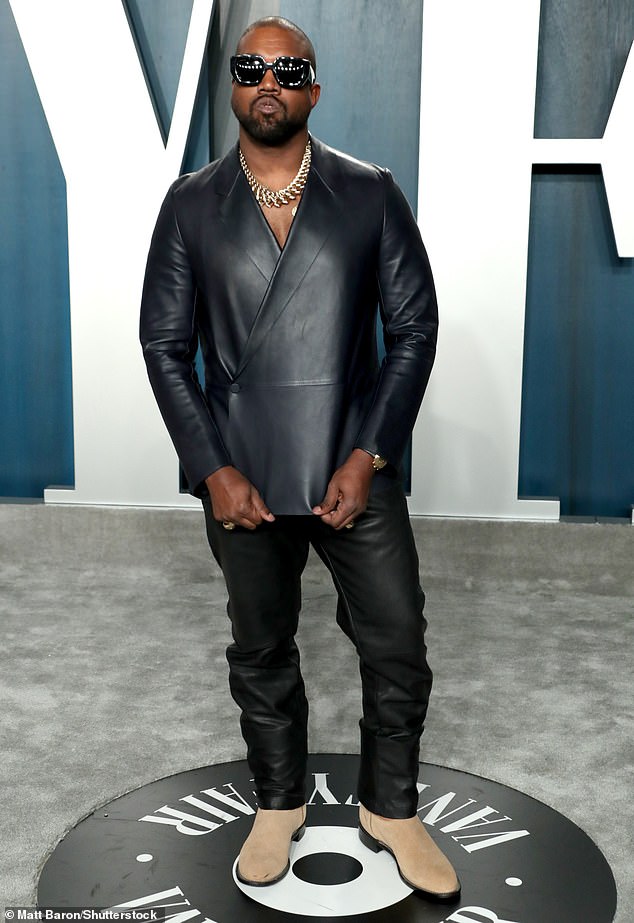 New prospect: Shayk is currently dating rapper Kanye West, whom she initially met when she worked on the 2010 music video for his track Power; he is pictured in 2020

‘Kanye will continue to be L.A.-based. He has no plans to move to NYC. His kids live in L.A,’ it was added; they have daughters North and Chicago, aged eight and three, and sons Saint and Psalm, aged five and two.

‘He is very focused on business in LA too. He likes spending time with Irina though and plans to see her soon again.’

The Bound 2 songwriter wed Kardashian in 2014.

Although the two went strong for several years, they eventually separated earlier this year, when the 40-year-old reality television personality filed for divorce. 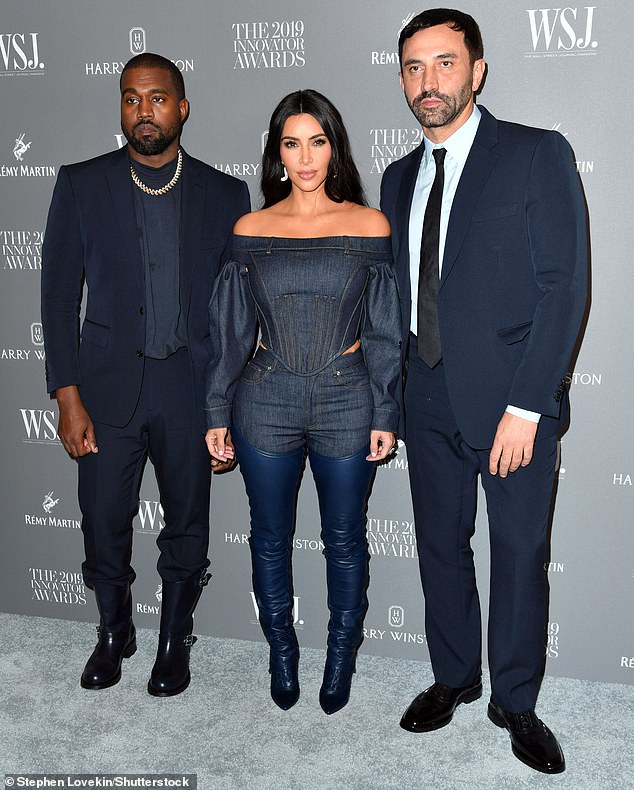 Looking up: A source recently spoke to Page Six and pointed out that the Bound 2 ‘likes where things are headed’ in his relationship with Shayk; here he is pictured with Kim and Riccardo Tisci in 2019