Irish blogger has complaints against her UPHELD by Advertising Standards Authority

An blogger has had a complaint against her upheld by the Advertising Standards Authority for Ireland for failing to make clear some of her Instagram posts had been sponsored by Boots.

Grace Mongey from Dublin who has over 100,000 followers on Instagram posted several images on her Instagram account facesbygrace23, but failed to label one with the hashtags ‘#sp’ or ‘#ad’ as instructed by the retailer’s advertising team.

The blogger who was paid to promote the launch of Boot’s new Digital Advantage Card told the ASAI: ‘it had been a mistake in forgetting to use the hashtag, it had been a case of human error and she apologised for any confusion caused.’

Back in June, another Dublin blogger Rosie Connolly-Quinn had a complaint against her upheld for using a filter on photos advertising Rimmel make-up on social media.

The ASAI received a comlaint that her posts were ‘misleading’ as they had been ‘filtered and photo shopped’, and therefore gave followers the false impression they could achieve the same look using the products.

She wrote: ‘NEW POST!!!ANYONE ELSE FORGET THEIR BOOTS ADVANTAGE CARD WHEN SHOPPING?

‘NOW YOU WILL NEVER MISS OUT ON POINTS! COMMENT ON MY LATEST PICTURE AND LET ME KNOW WHAT YOU BUY MOST OFTEN IN BOOTS!’ 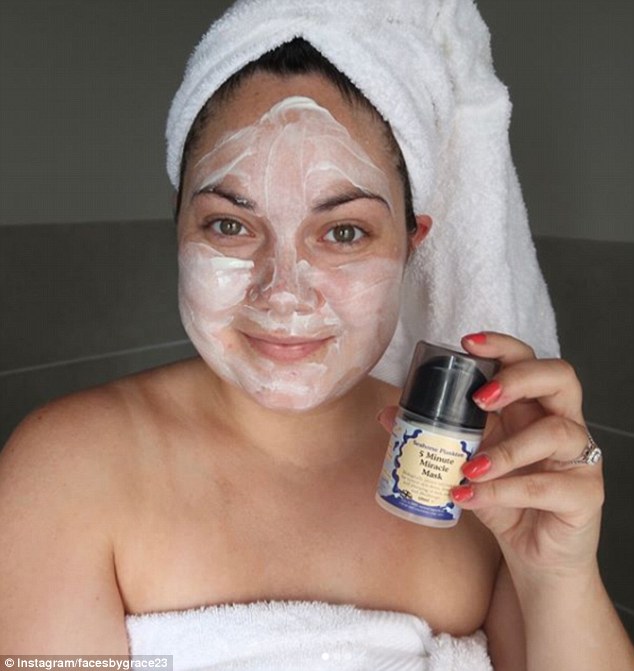 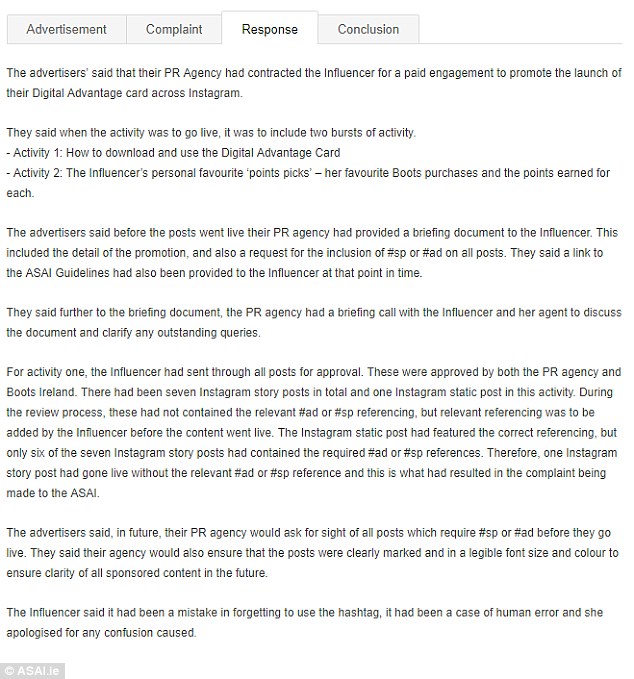 The advertising standards agency declared the advert could not appear again in its current form as it was evident that it breached guidelines and ‘had not been hash tagged appropriately to indicate that it was a marketing communication.’

Boots told the ASAI that in future their PR agency would monitor all posts that require hashtags before they go live.