An Irish sports star being investigated over the alleged rape of a woman at a Dublin hotel handed himself over to police last night.

The man and his legal representative are understood to have walked into Dundrum Garda Station last night where he was arrested and released.

Police are now preparing a file for prosecutors, and the man is not thought to have been charged at this stage.

‘The man was detained at Dundrum Garda Station under Section 4, Criminal Justice Act, 1984. He has since been released without charge.

‘A file will be prepared for the Director of Public Prosecutions. The investigation is ongoing.’

Police previously said the account of the woman, who says she was attacked and raped in a penthouse suite in Dublin city centre, is ‘credible’.

The Irish Daily Mail reported that gardaí attended the woman’s home after receiving a phone call from another person within the house.

When gardaí arrived, the woman, who is in her 20s, was visibly battered and distraught.

She gave an account to gardaí of being raped and beaten by the sportsman in a penthouse suite. 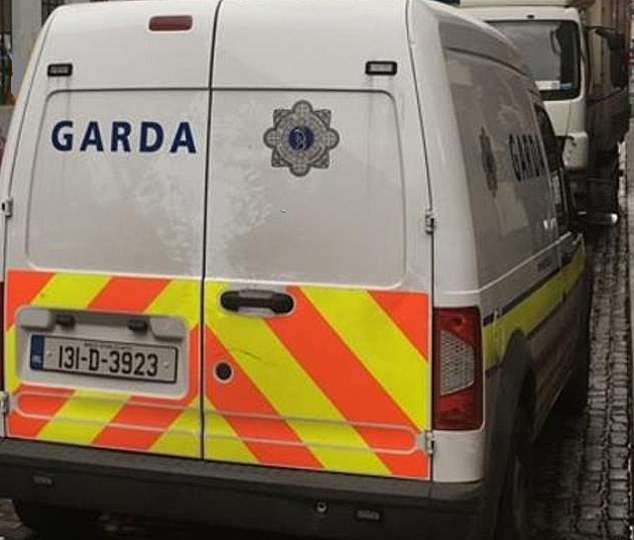 Police were pictured outside a Dublin hotel on December 10 after being called to the woman’s house, where she told them of the alleged attack

Gardaí took possession of some of the woman’s bloodstained clothing and made the decision to call an ambulance which took her to a sexual assault treatment unit at the Rotunda Hospital for an immediate assessment.

Gardaí travelled with her to the hospital for this process, which is protocol. The young woman was later released from hospital. Since then, gardaí have remained in contact with the woman.

It is understood investigating detectives were in contact with the woman a number of times following the attack, ‘encouraging’ her to make a full statement ‘but only when she feels able to do so’.

The alleged victim had been out socialising with work colleagues in Dublin city centre on December 9 when she met the sports star, who she is vaguely acquainted with through mutual friends.

It is believed she willingly went with him alone to the penthouse suite later that night or in the early hours of the following morning.