Irish teenager with a plan to clean up the sea: Budding scientist creates simple but effective method to extract micro-plastics from the world’s oceans

An Irish teenager has won an award from Google for his ground-breaking experiments that could be a way to save the Earth’s oceans from increasing plastic pollution.

A chance walk along a beach near his home in West Cork led to the 18-year-old’s potentially revolutionary breakthrough.

The young scientist used a magnetic liquid called ferrofluid, which sticks to plastic and is then attracted to the magnets which removes the toxic material from the water.

After conducting around a thousand tests, Ferreira believes his project could remove at least 87 per cent of micro-plastics from water samples in a lab and potentially be used to purify polluted seas. 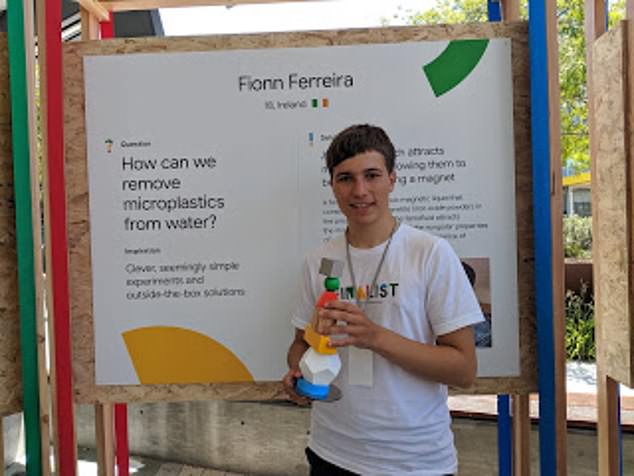 Fionn Ferreira’s ‘How can we remove micro-plastics from water’ project saw him pick up the $50,000 prize from Google

He hopes to use the technology on a bigger scale to be able to implement at wastewater treatment facilities using his ingenious method.

Ferreira wrote in his project wrote: ‘I was alarmed to find out how many micro-plastics enter our wastewater system and consequently the oceans.’

Shortly after finishing his final paper, Ferreira was flown to Google international headquarters in Mountain View, California, on Tuesday to present his science project on a way to clean up our world’s oceans.

An international judging panel praised his work for offering an innovative and practical way to ‘start cleaning our oceans, one filter at a time’.

He told the The Echo: ‘It’s an incredible honour to reach the global final of the Google Science Fair. 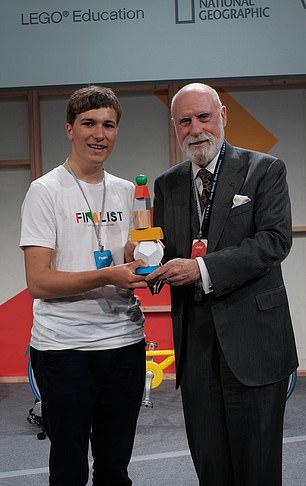 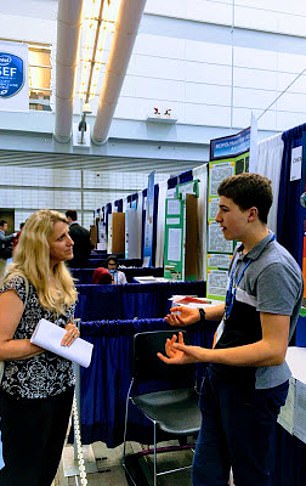 Ferreira was flown to Silicon Valley to present his project to the tech giant (right talking to a member of the public during the science fair) where he was presented with a $50,000 prize (left) by Vint Cerf, vice president of Google 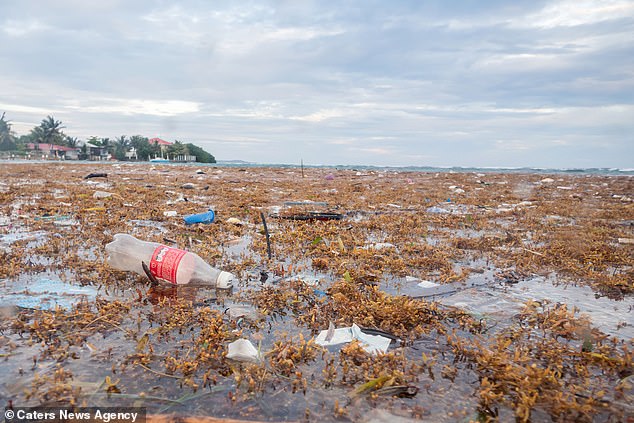 The devastation ocean litter has caused in Roatan, Honduras. Plastic pollution in the world’s ocean has become an increasing problem

‘My project came about as I was constantly hearing about plastic pollution on the news, and as I live by the sea in West Cork I was also seeing the real effects on our beaches every day.

‘I discovered to my dismay that at present no screening or filtering for micro-plastics takes place in any European wastewater treatment centres, so I started looking around for a solution.’

Ferreira completed his Leaving Cert at Schull Community College in West Cork and will be going to university in the Netherlands.

He has won 12 previous science fair awards and also works as a curator at the Schull Planetarium.

Ferreira speaks three languages fluently, plays the trumpet in an orchestra and even has a minor planet named after him by the MIT Lincoln Laboratory.