Irish tycoon and friends ‘conned pensioners out of £3.5m’

Dylan Creaven, 44, (pictured) was the ‘prime mover’ in the operation, the court was told

An Irish tycoon and three cronies conned elderly investors out of £3.5million by promising huge returns on worthless carbon credits and inferior diamonds, a court heard.

Dylan Creaven, 44, was the ‘prime mover’ who set up two fraudulent companies and financed the setting up of plush ‘boiler room’ office suites in Buchanan House, St James’s Square, central London, it is claimed.

Matthew Mansell, 31, his right hand man, along with Andrew Rowe, 41, and Matthew Navin, 24, were relentless in persuading pensioners to part with their savings, jurors heard.

The court was told they promised carbon credits, which offset a corporation’s or individual’s carbon footprint and reduce their greenhouse gas emissions.

Their company Agon Energy Limited published an impressive brochure with pictures of their St James’s location, which claimed they were an ‘industry leader’ and included fake quotes from Forbes magazine.

They sent Christmas cards, pens, caps and mugs to their clients.

Leads were called on their landlines by brokers who were ‘plausible, articulate and intelligent, but persistent and occasionally aggressive if challenged.’

Angus Bunyan, prosecuting, said: ‘This is a case all about the operation of two separate but related criminal deceptions, frauds of a type commonly referred to as ‘boiler room frauds.’

‘It’s a phrase in common usage to describe an arrangement whereby individuals are based within an office, which is fitted out with banks of telephones and computers – the boiler room.

‘These individuals hard sell worthless or otherwise dubious investment opportunities to people they have cold-called on the telephone.

‘It was sophisticated, carefully planned and persistent.

‘Between 2012 and 2013, Dylan Creaven, Matthew Mansell and Andrew Rowe operated a company called Agon Energy Limited and that company purported to sell carbon credits to investors.

‘Carbon credits are a means of offsetting an individual’s or corporation’s carbon footprint – essentially by paying someone else to reduce their greenhouse gas emissions, most often in developing or semi-developed countries.

‘From 2013 to 2014 the same three men, together with Matthew Navin the fourth defendant, were also involved in running a second company, this one called Lanyard Capital Ltd.

‘That company claimed to deal in diamonds, again as an investment opportunity and again selling these diamonds to individuals.’

Navin ‘even entered one elderly individual’s home and accompanied him to his bank.’

The Met Police and Trading Standards received numerous complaints and the police were able to obtain evidence from 32 investors. 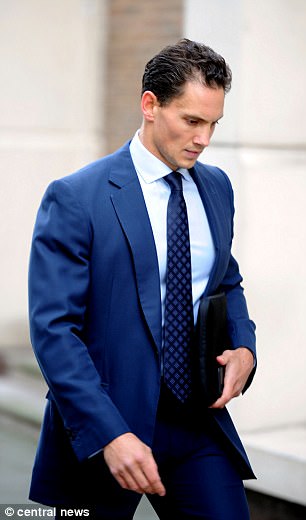 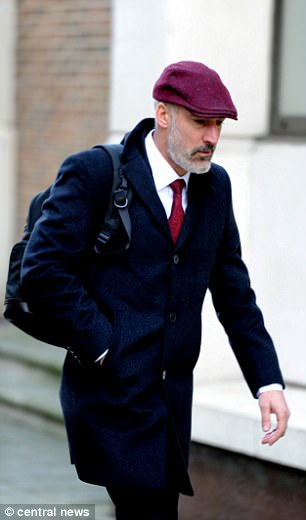 Matthew Navin (left) and Andrew Rowe (right) were relentless in persuading pensioners to part with their savings, the court heard

Mr Bunyan said: ‘The prosecution’s case is that both these enterprises were vehicles for fraud.

‘They were not and never were bona fide commercial businesses.

‘Almost all of those who parted with their money were relatively advanced in terms of their age, in retirement and we would suggest that there was no accident to that.

‘Many were in their 70s and some in their 80s at the time and these people dipped into their savings in good faith to invest in schemes they believed would bring them and their families’ big returns.

‘Almost none of them have been able to receive any of their money at all.

‘Many of them are clearly not able to make good these considerable losses.’

Creaven, of Newmarket on Furgus, County Clare, Rowe, of Hadley Green Road, Barnet, north London, and Mansell, of Uckfield, East Sussex, each deny two counts of conspiracy to defraud and one of transferring criminal property.

Navin, of Hornchurch, Essex, denies one count of conspiracy to defraud.