‘They’re big-headed enough’: Calls for the haka to be BANNED – because it gives the All Blacks a ‘psychological edge’ and strokes their ‘massive egos’

An Irish rugby writer has called for the haka to be banned, saying it gives the All Blacks an unfair advantage while inflating their ‘massive egos’.

‘Seven World Cups later though and we are back to pandering to the dance,’ he wrote in a column for Pundit Arena.

‘That’s unfortunate as New Zealand are justifiably big-headed enough without a massaging of their already massive egos.’

An Irish rugby writer has called for the Haka to be banned, saying it gives the All Blacks an unfair advantage while inflating their ‘massive egos’ 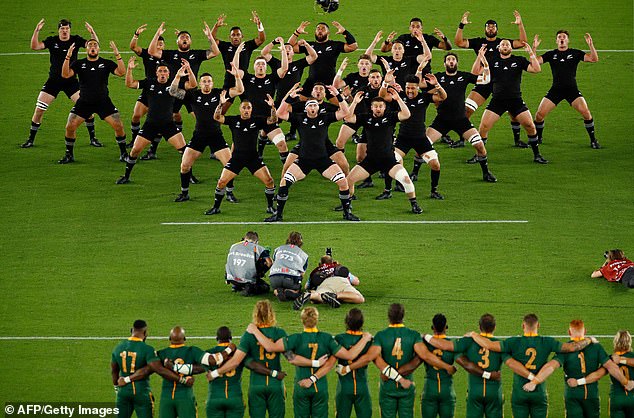 MacKenna also believes the haka has been ‘ruthlessly exploited and commercialised and ultimately cheapened’.

‘There’s a practical reason why the haka shouldn’t happen as, while it provides a psychological edge through self-inspiration and via an attempt at opponent intimidation, it also provides a small physical edge as others are forced to stand still and go briefly cold,’ he wrote.

The sports writer went on to say there is a ‘huge lack of awareness’ surrounding the haka, which the New Zealand rugby union team performs before every game. 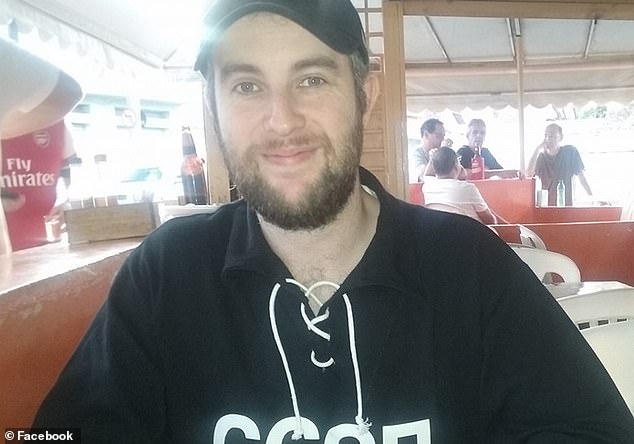 ‘Again there are those who’ll say it’s native and it is to some, but the majority of New Zealand players haven’t been Maori. Instead, they descend from forefathers who were actually ruthless oppressors of natives,’ he said.

‘Anyway, it’s completely overdone. In rugby, and in life.’

Samoa, Tonga and Fiji also perform a haka before their international rugby games.

The tradition began with the 1888–89 New Zealand Native football team tour and has been carried on by the All Blacks since 1905.

Why the haka is performed

The haka is a type of ancient Māori war dance traditionally used on the battlefield, as well as when groups came together in peace.

Haka are a fierce display of a tribe’s pride, strength and unity.

The words of a haka often poetically describe ancestors and events in the tribe’s history.

Today, haka are still used during Māori ceremonies and celebrations to honour guests and show the importance of the occasion. This includes family events, like birthdays and weddings.