Irma evacuee inmate jumps from bus on way back to prison

By Associated Press and Kayla Brantley For Dailymail.com

Camilo Quintero, 23, jumped from an emergency window exit of a bus as it traveled back to prison after being evacuated during Hurricane Irma

An inmate died after jumping from a moving bus as he was being returned to a prison that was evacuated during Hurricane Irma.

Camilo Quintero, 23, jumped from an emergency window exit of a bus bathroom as it traveled on Florida’s Turnpike on Monday.

Quintero was being taken back to the maximum security South Florida Evaluation and Treatment Center south of Miami, after being declared mentally incompetent to stand trial for murder in January.

Florida Highway Patrol spokesman Mark Wysocky said the inmate landed in the roadway near Palm Beach county and was taken to Delray Beach Medical Center where he remained in critical condition until he ultimately died Tuesday. 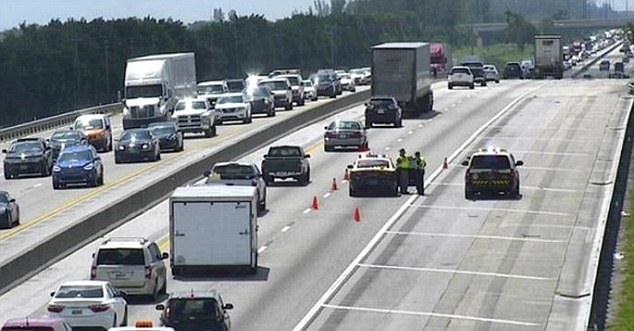 The chartered bus was full of the patients who evacuated the facility after losing power to Hurricane Irma’s winds last week.

Quintero locked himself in the bus bathroom before forcing the window open, according to Correct Care Solutions spokesman Jim Cheney.

Cheney added in an email to the Miami Herald that three security officers, one mental health provider and one nurse were on the bus with Florida Highway Patrol and Correct Care security escorting the bus.

Quintero’s arrest affidavit says he suddenly snapped on a roommate in December 2015. He allegedly stabbed his roommate several times, then put a bottle of cologne in a sock and beat the man in the head with the makeshift blackjack.

The roommate was declared dead at the hospital and the  the report says Quintero needed no prompting to tell police what he’d done. 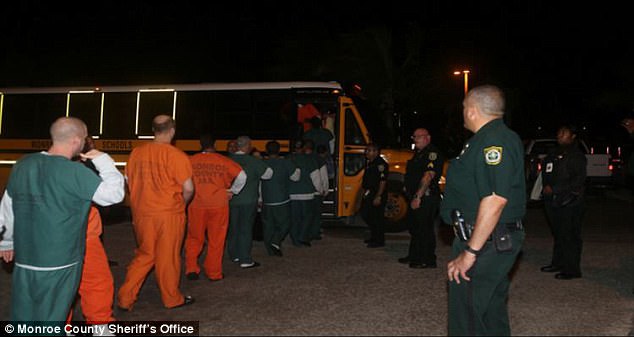