Is a space war brewing? Russia announces it will establish a lunar colony by 2040

Astrobiotics’ Peregrine lander is one of the many in the running

Astrobotic Technology : The Pittsburgh-based firm was founded in 2008 by Carnegie Mellon professor Red Whittaker. It was among the many teams that participated in Google’s $20 million Lunar XPrize, which shut down this year without a winner.

Astrobiotic’s lunar lander, dubbed Peregrine, stands on four shock-absorbing legs and attaches to the launch vehicle via a standard clamp.

‘The Peregrine Lander precisely and safely delivers payloads to lunar orbit and the lunar surface on each mission,’ the firm says.

‘Payloads can be mounted above or below the decks, and can remain attached or deployed according to their needs.’ 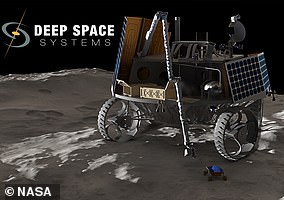 Deep Space Systems: The systems engineering company from Colorado is long been a subcontractor to NASA and other aerospace giants, including Lockheed Martin.

The firm develops everything from plans and interface control documents to ground software tools for missions. Deep Space Systems says it focuses on the ‘the design, development, integration, testing and operations of science and exploration spacecraft.’

Their lunar lander concept is a rover that appears to feature smaller scouting robots that can be deployed. 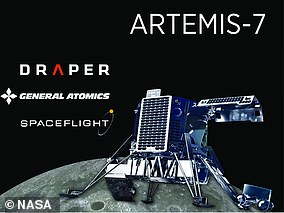 Draper: The Cambridge, Massachusetts-based laboratory is a not-for-profit research and development organization. Draper develops everything from autonomous systems and biomedical solutions to systems.

Notably, Drapers accomplishments include a device that measures cabin air on the International Space Station to check for volatile organic compounds.

The firm’s concept lander, dubbed Artemis-7, will sit on four mechanical legs to carry out sample collection and return.

Firefly Aerospace: Firefly showed off a concept for a commercial launch vehicle and a lunar lander.

While the firm hasn’t released much detail just yet, it appears to be a three-stage system upon which the lander sits at the very top.

Intuitive Machines: The Houston-based firm also unveiled a concept lander that looks much like R2D2.

The Nova-C lander is the key component of its Lunar Payload and Data Service plan. It’s capable of 24/7 data coverage, and can hold a payload of at least 85 kg.

The firm says it can land anywhere on the moon. 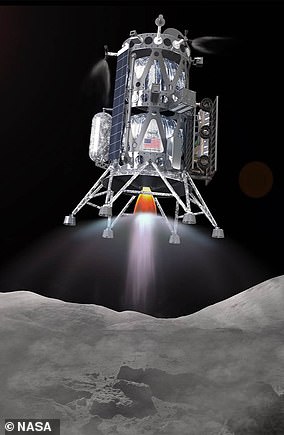 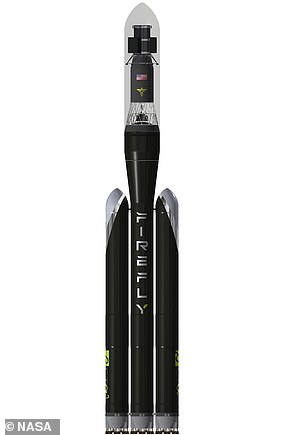 The Houston-based firm also unveiled a concept lander that looks much like R2D2 (left). Firefly showed off a concept for a commercial launch vehicle and a lunar lander (right) 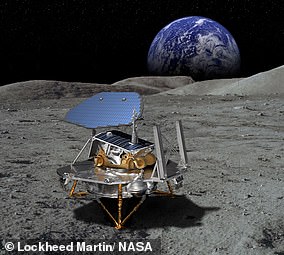 It’s ‘capable of transporting large payloads weighing hundreds of kilograms – including stationary scientific instruments, deployable rovers, or even sample return vehicles – to the surface of the Moon,’ the firm says.

‘The lander uses a proven propulsive landing approach that relies upon on-board radars and a set of rocket thrusters firing 10 times a second to slow to just five mph before touching down.

‘Once on the lunar surface, the lander can provide power, communications and thermal management for sophisticated payloads.’

Masten Space Systems: Masten’s XL-1 is a ‘small, single use lander’ that can carry 100-kg payload.

‘The XL-1 is designed to offer a mission duration that is minimally sufficient to land on the lunar surface, transmit payload activation commands, and activate the payload release/deployment mechanism,’ the firm says. 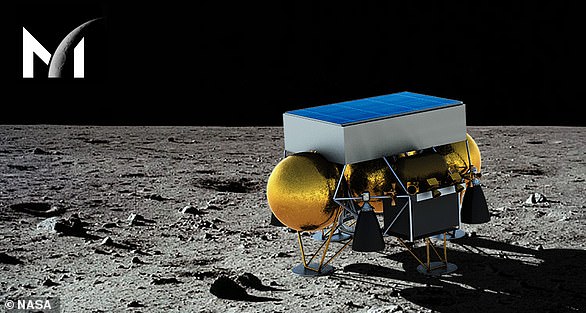 Masten’s XL-1 is a ‘small, single use lander’ that can carry 100-kg payload

Moon Express: Cape Canaveral-based Moon Express was previously pegged to develop a fleet of low-cost robotic spacecraft that can be assembled like Legos. 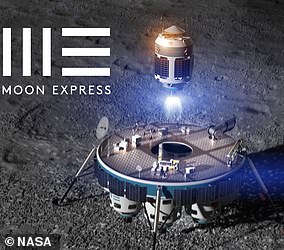 The initial spacecraft, known as MX-1E,is a similar size and shape to the R2D2 droid from Star Wars. It will hop across the lunar surface on its legs.

Last year, the firm said it hoped its ‘Harvest Moon’ expedition will take place by 2020, including the first commercial sample return mission, which also begins the business phase of lunar resource prospecting.

Orbit Beyond: The New Jersey firm unveiled a four-legged concept lander that could soon be used to deliver payloads to the moon. The firm has yet to reveal more details on the project. 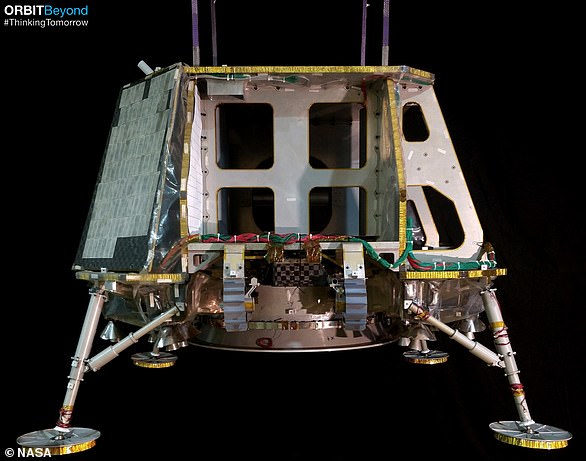