Is Apple losing its edge? Report claims iPhone production has dropped by 20% since last year

It appears consumers are no longer racing to get their hands on the newest iPhone models.

Apple expects to ship just 80 million new model iPhones this year, down 20 percent from what it had planned at the same time last year, Japanese financial daily the Nikkei reported on Friday, citing industry sources.

The California-based firm has asked suppliers to make about 20 percent fewer components for the three new iPhones it plans to launch in the second half of 2018, compared to last year’s plans for its iPhone X and iPhone 8 models, the paper reported.

Following the report, shares of Apple and its suppliers fell, with the firm down 1.6 percent as of Friday morning.

‘Today we see a little bit of pressure because there is a lot of uncertainty and more selling in technology,’ said Adam Sarhan, chief executive officer at 50 Park Investments.

The report added to concerns that consumer passion for new editions of the iconic smartphones may be cooling after years of scorching growth, sending shares in Apple and many of its major suppliers lower and weighing on global stock markets.

‘This news needs to be viewed in the context of Apple probably being overly optimistic last year in relation to the prospects for its new phones, leaving it with excess inventory in the first part of this year,’ Atlantic Equities analyst James Cordwell said.

‘At least part of this lower order forecast probably relates to Apple just being a little more realistic.’

Apple did not immediately respond to a request for comment.

Shares in the company fell as much as 2 percent on the report, while those in suppliers AMS and Dialog Semi sank 6 percent and 4.1 percent respectively.

U.S.-based supplier Advanced Micro Devices, Micron Technology Intel, Broadcom Inc and Qualcomm Inc were all down between 1 percent and 4 percent.

Many analysts have said the high price of the iPhone X – which sells for $1,000 and is the first iPhone to sport a new design since the launch of the iPhone 6 in 2015 – is also muting demand for the flagship. 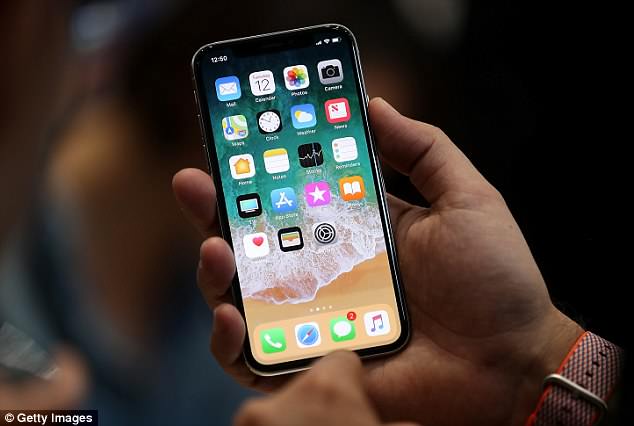 The California-based firm has asked suppliers to make about 20 percent fewer components for the three new iPhones it plans to launch in the second half of 2018, compared to last year’s plans for its iPhone X and iPhone 8 models. The iPhone X is shown during an event last year

‘Apple is quite conservative in terms of placing new orders for upcoming iPhones this year,’ said one of four industry sources cited by the Nikkei Asian Review.

‘For the three new models specifically, the total planned capacity could be up to 20 percent fewer than last year’s orders.’

Top Apple analyst Ming-Chi Kuo said earlier this week that Apple might cut prices of new iPhones to debut later this year by as much as $300, according to several media reports.

WHAT IS APPLE’S CURRENT IPHONE LINEUP AND WHAT ARE ITS RUMOURED RELEASES?

Speculation has been building that Apple is slated to release a 6.1-inch iPhone next year that serves as a follow up to the 10th anniversary iPhone X.

A 6.1-inch screen would be the firm’s largest iPhone yet. 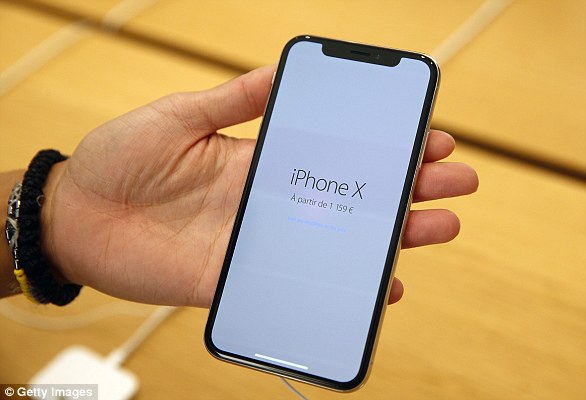 The second-generation iPhone X would feature an even bigger screen, yet it may have a cheaper price point at just $550 vs. the $999 iPhone X

Here’s how it stacks up to Apple’s current iPhone lineup:

In August 2017, rumours from the supply chain said the iPhone 9 will be available in two sizes, including one with a massive screen.

The ‘Plus’ size will reportedly have a 6.46-inch screen will be sold alongside a smaller 5.85-inch model in a bid to compete with Samsung’s Galaxy Note, the leak claimed.

It came from a source within Samsung Display, the sole OLED supplier for upcoming iPhones.

The source also said the smaller version was originally going to be a 5.28-inch model but that the firm upped it because of growing consumer demand for bigger-screen phones.

Kuo said that Apple was likely to launch a 6.5-inch OLED ‘IPhone X Plus,’ a second generation of iPhone X and an iPhone with a 6.1 inch screen.

‘As the improvements made to the iPhone each year become increasingly marginal it may become more difficult to convince consumers to pay up for the latest model, when an older generation device is effectively just as good,’ said Atlantic Equities’ Cordwell.

While media speculation about demand for the iPhone X swirled in the past six months, Apple’s market value has continued to rise and is now within striking distance of $1 trillion.

‘I am not overly concerned … about the lower supply speculations,’ he said. ‘Apple is doing enough in general to keep the ball moving forward.’