It’s been labelled the most dangerous act on this year’s Australia’s Got Talent.

But Demian Aditya’s nail-biting performance on Sunday night didn’t impress viewers, who recognised him from America’s Got Talent.

After re-attempting the same escape and receiving a similar ‘dramatic’ reaction from his wife, fans are labelling the act as ‘fake.’

Fake? Demian Aditya’s (pictured) performance on Australia’s Got Talent has been criticised by viewers after he performed the same act on America’s Got Talent

Many took to social media claiming the Indonesian-born contestant is an actor and the ‘recycled’ act is a hoax.

‘How many got talent shows are these two going to be on? The wife should win an Oscar for her performance…Really not liking the new show format,’ one wrote.

Another said: ‘Honestly?! Shouldn’t you check this sort of stuff before letting them perform? The exact same act as the one he did this time last year, the whole thing is fake.’ 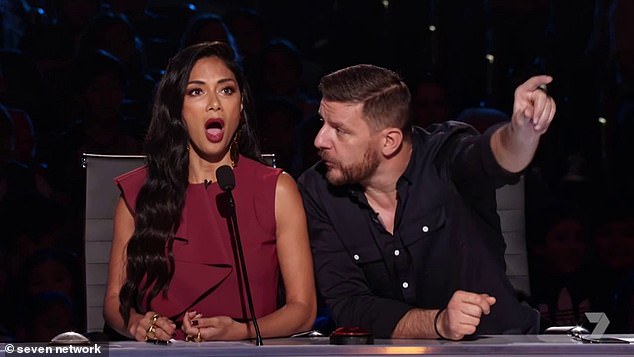 Nothing new! Despite shocking the judges, some fans were not impressed by the daring escape claiming it is fake (pictured Nicole Scherzinger and Manu Feildel)

‘One of my favourite things on television is the fake tension during ‘daring’ stunts on #GotTalentAU. They’re not going to air someone being maimed or killed, Manu. Chill out,’ another person wrote.

Another added: ‘Why is there so many people appearing that are from overseas. This show is called Australia’s Got Talent for a reason.’ 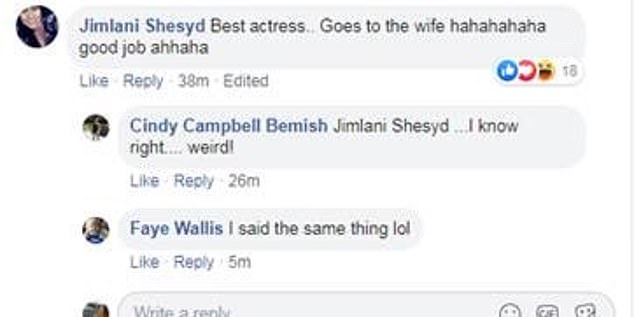 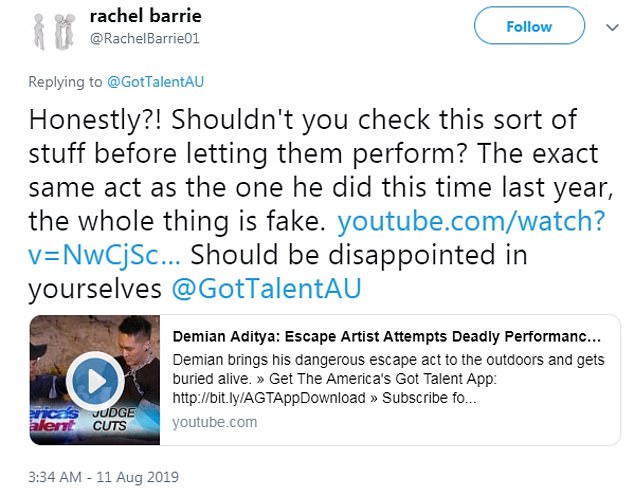 During the act, Demian chained himself inside a glass box and tried to escaped before 500 kilograms of sand filled the container.

Prior to the escape ending, Demian’s wife appeared to be in tears before realising her husband had escaped. 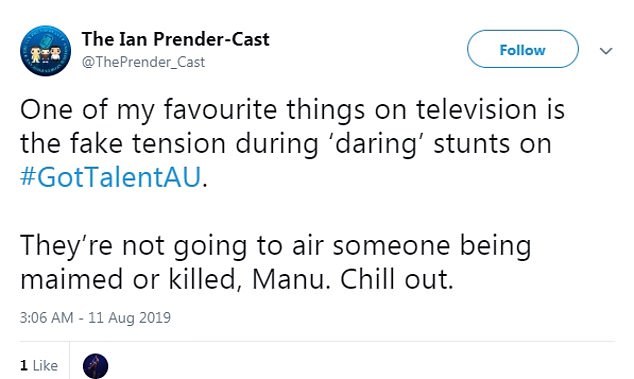 One person wrote: ‘One of my favourite things on television is the fake tension during ‘daring’ stunts on #GotTalentAU’

Similarly on America’s Got Talent, the magician attempted to escape from inside a  coffin while sand was being poured.

His wife fell to the ground and yelled ‘get him out’, before realising Demian had again successfully escaped. 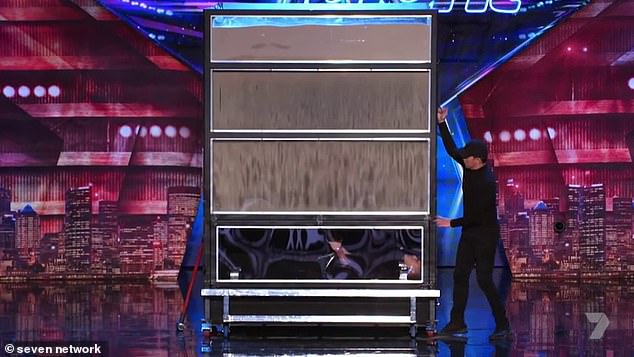