New York socialites are reportedly expecting a Bush wedding soon after receiving an invite to a hush hush ‘celebration’ for Barbara Bush and Craig Coyne for next Friday.

Page Six reports the daughter of former President George W. Bush and wife Laura Bush could be walking down the aisle in the near future, after being given instructions for a Tribeca loft party in honor of the happy couple.

‘Join us to toast Barbara and Craig,’ the Paperless Post note read according to a source. 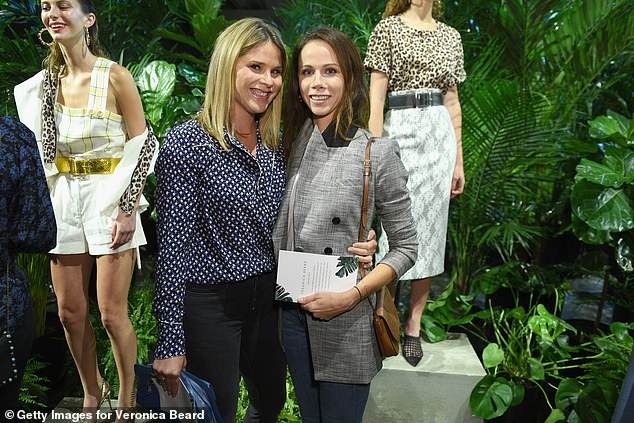 The company which also specializes in birthdays, birth announcements, and other special occasions, is known for their up-scale designs and collaborations with brands such as Kate Spade and Oscar De La Renta.

The gathering is said to be hosted by Barbara’s fraternal twin Jenna Bush Hager and her husband Henry Hager.

According to Page Six, the dress code for the October 12 bash asks guests to go all out.

‘Sequins highly encouraged to get your groove on,’ the instructions say.

The friend of the couple said another party for ‘only about 20 people’ will be held for just the close family and friends of Bush and Coyne on Saturday. 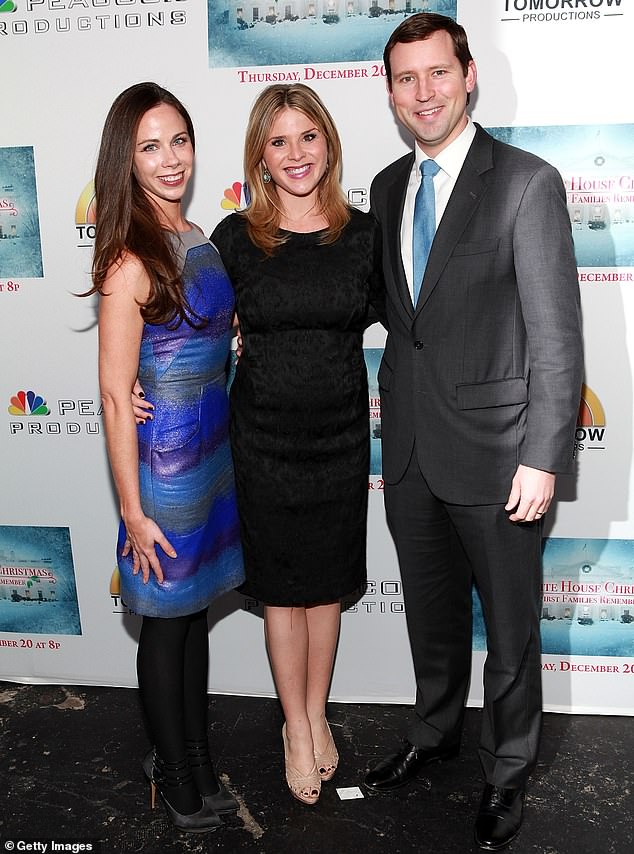 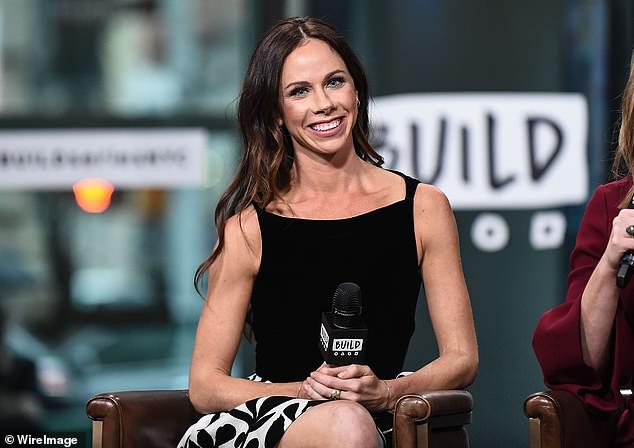 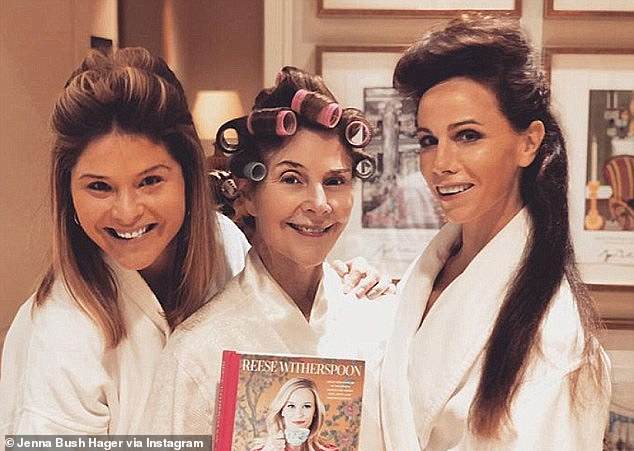 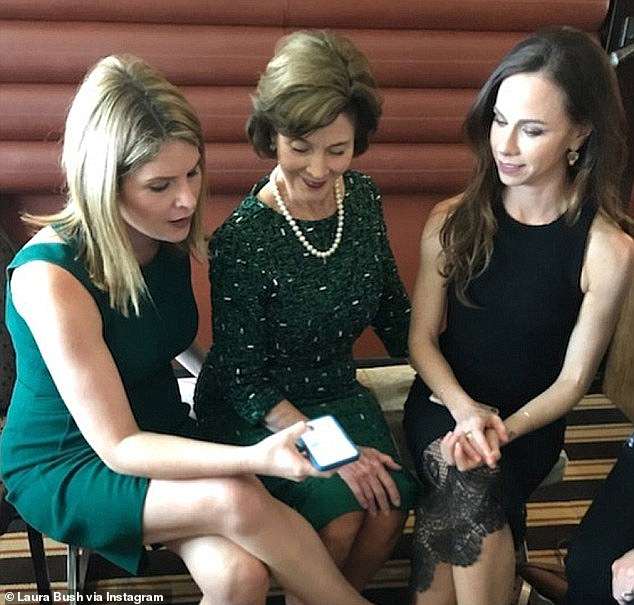 Jenna, left, Laura, center, and Barbara, right, could be celebrating nuptials soon too

However a representative for the former White House residents denied the idea that the event will be an immediate wedding after the possible engagement party the day before.

‘Unfortunately, this is not true,’ Page Six’s contact said.

Barbara turns 37 years old November 25 and less than two years ago the Greenwich Village resident was believed to be dating filmmaker Andrew Jenks.

The pair had been at a Rangers Game and Chris Gethard comedy show at the Lynn Redgrave Theater in December 2016.

She was reportedly seeing Ping-Pong club SPiN business partner, Franck Raharinosy prior to that and the venue was often the location of events she hosted. 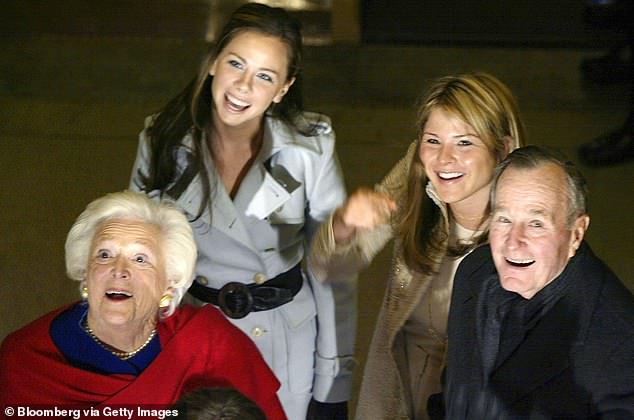 Barbara and Jenna are the grandchildren of late former First Lady Barbara Bush (left) and former President George H. Bush (right). They are pictured in 2005 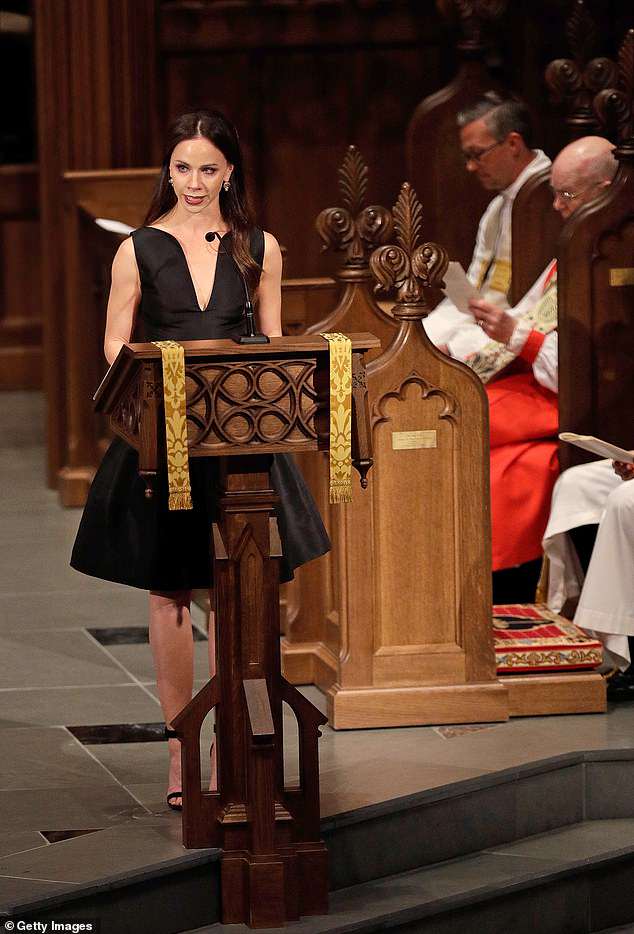 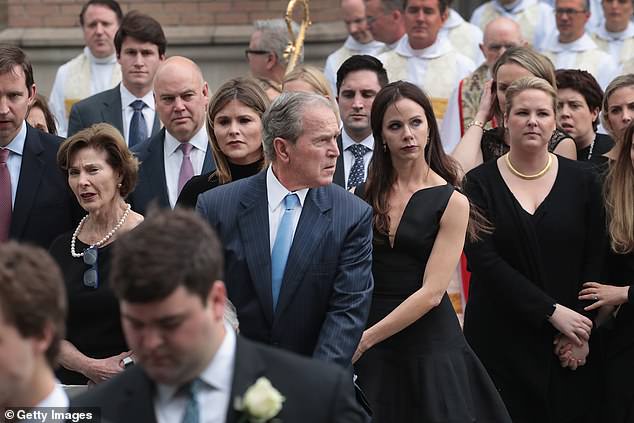 Barbara was pictured just last Thursday on her twin’s Instagram account as they enjoyed some pampering with their former First Lady mother, Laura, clutching a copy of Reese Witherspoon’s new book.

Donning robes with curlers in their hair, it could be what the women look like before Barbara says ‘I Do’ if the rumors are true.

Barbara’s suspected engagement and wedding would come just months after her grandmother – who she was named after and who was the First Lady of the United States from 1989 to 1993 – passed away aged 92.

After appearing in a 2011 campaign to legalize same-sex marriage in New York, Barbara and her one-minute-younger sister are famously not members of the Republican Party like much of their family.

The Yale school alumni started a career in fashion but went on to start Global Health Corps in 2009 which mobilizes people to work for high-impact organisations for a year. The paid positions ultimately drive work toward health equity.

The Vanderbuilt University alumni considers himself the ‘world’s biggest Chick-Fil-A fan’ according to a website for one of his films. 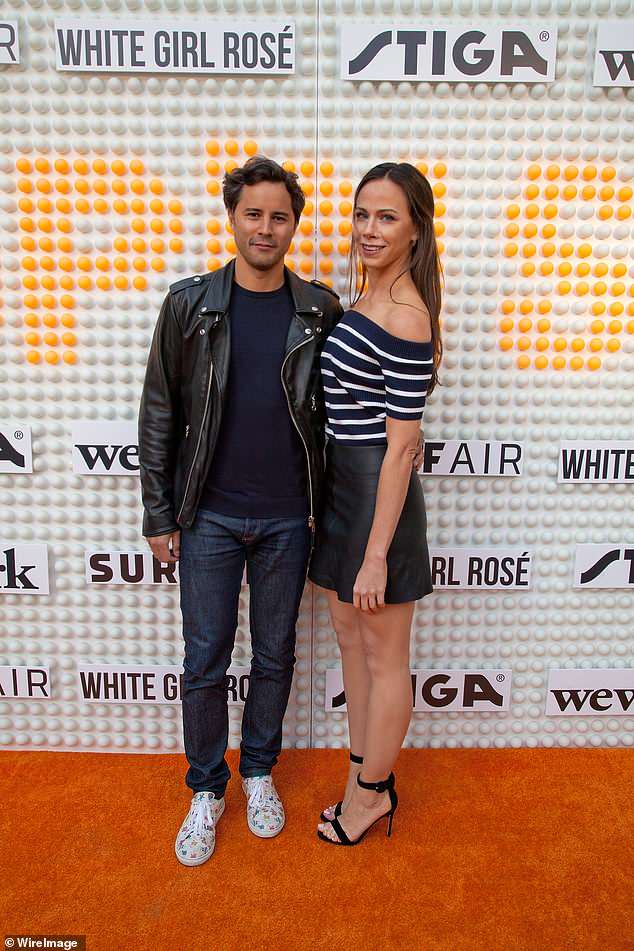 Barbara was reportedly seeing Ping-Pong club SPiN business partner, Franck Raharinosy, (pictured May 2016) and the venue was often the location of events she hosted 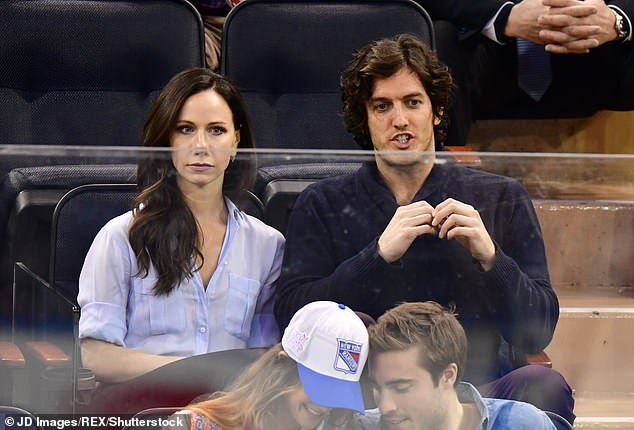