Is booze-free the new Botox? Celebrities go teetotal for anti-ageing

While A-Listers have traditionally relied on face-freezing injections such as Botox to turn back the clock, the latest anti-ageing trend is a simple matter of avoiding the bottle.

Calvin Harris, Kate Moss and Spencer Matthews are just a few of the stars who have recently gone teetotal in order to embrace clean living.

And according to expert dermatologist Bav Shergill who works at the McIndoe Centre, they have all shaved years off their appearance as a result.

‘Alcohol is a toxin and drinkers usually show tell-tell signs of aging on their skin,’ he tells FEMAIL. ‘Ditching the booze drastically improves the appearance of your skin, evening out your complexion.

‘If you are regularly fuelling your body with a toxic substance, this will likely speed the aging process.’

‘By reducing or abstaining from alcohol consumption, you can knock years off your complexions in the eyes of your peers.’

While supermodel Kate Moss, 45, was once a notorious party girl, she has since swapped her wild nights out for an alcohol-free lifestyle.

For two decades, Mossy was first on the party scene and was inundated with invites to boozy events by her A-list friends.

Constantly hitting headlines for stumbling out of nightclubs, she was was once dubbed one of ‘Britain’s biggest caners’ but last year decided to ditch the booze and has stuck to it – with visible results.

He continues: ‘In the more recent photo, you can see her skin has cleared and her eyes are much brighter.’ 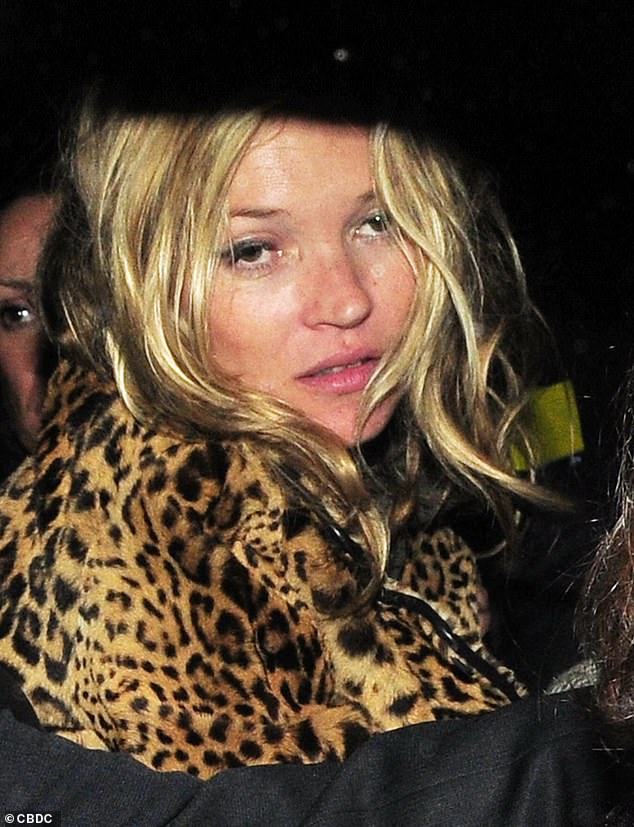 Before: Kate looks slightly worse for wear on 4th February 2010 as she and pals enjoy a night out on the town – starting their evening in Mayfair before heading to a club in Soho 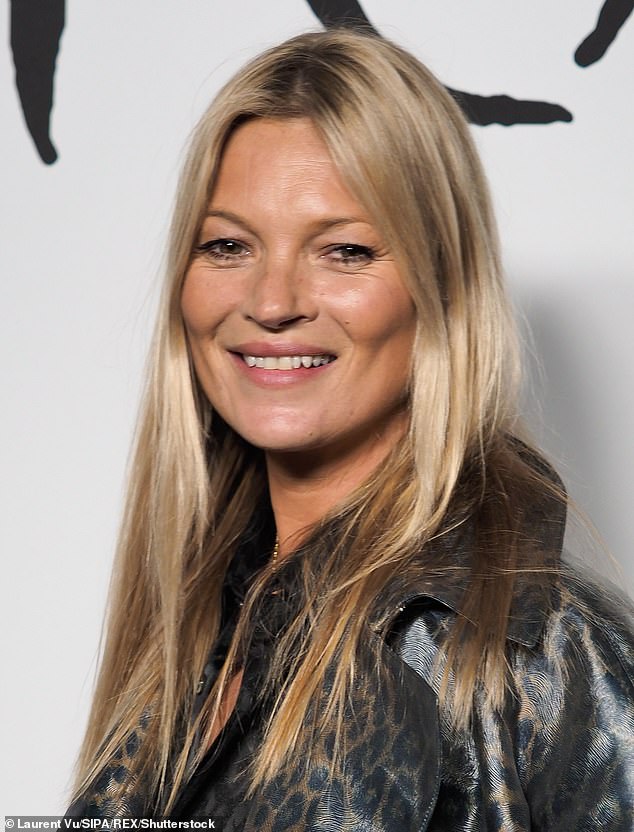 Since tying the knot to Vogue Williams and becoming a father to baby Theodore back in September, his priorities appear to have dramatically shifted.

And after recently deciding to go teetotal and hitting the gym hard, Matthews’ dedication has clearly paid off.

‘It’s unlikely that you would be able to maintain such a healthy physique as a regular drinker,’ says Bav.

And Spencer’s reason for steering clear of alcohol is as good as any – he was quite simply ‘bored’ and decided he no longer needed to be the life and soul of the party. 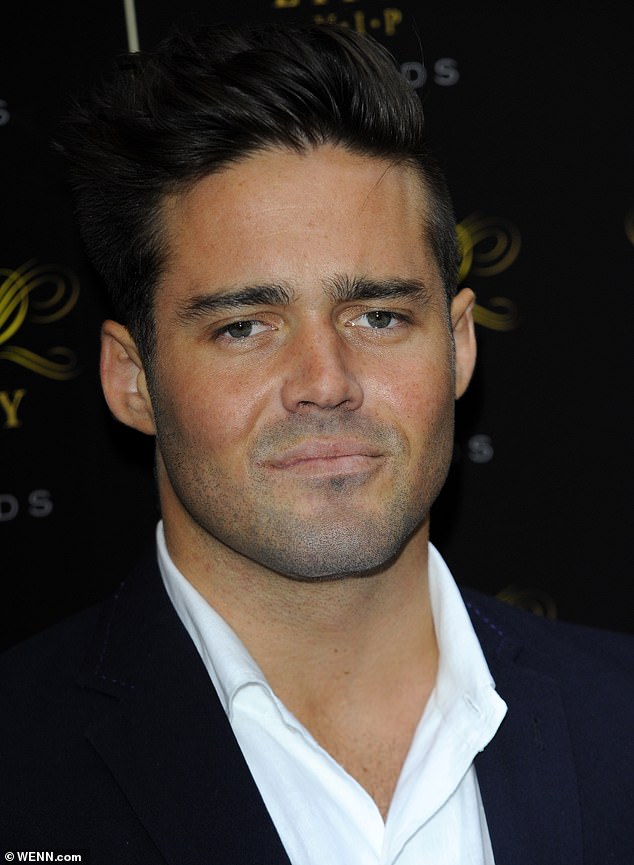 Before: Made in Chelsea star and party boy Spencer Matthews looks a little worse for wear as he attends the Lipsy VIP Fashion Awards in London on May 2013 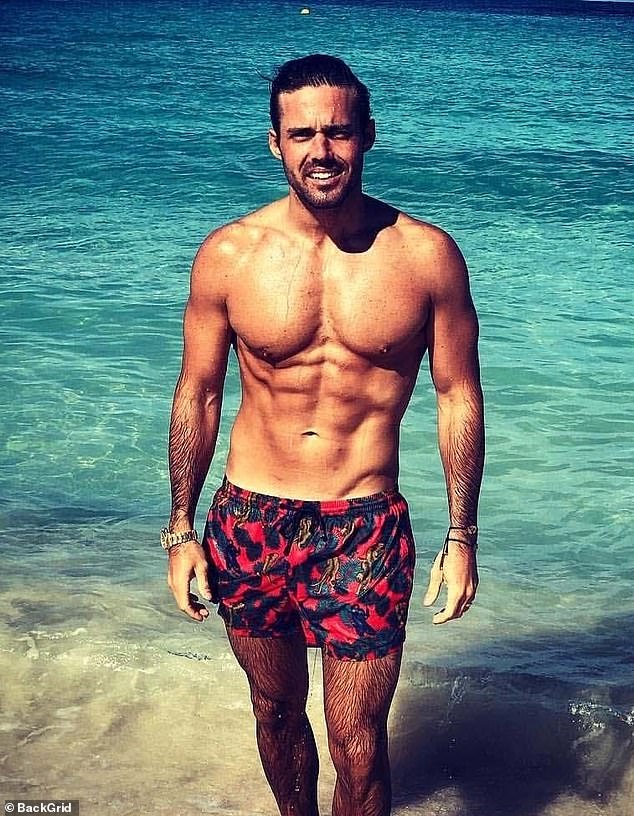 After: Ditching the booze has helped take years off Spencer’s face and body. Pictured above, Spencer holidaying in the Caribbean Island of St Barts on 9 January 2019

While the international DJ spends the majority of his time in some of the biggest nightclubs around the world, he doesn’t touch alcohol.

The producer, 35, stopped drinking in his twenties after he reportedly developed a habit of drinking two bottles of whiskey every night.

While he wasn’t an alcoholic, Calvin realised that knocking back the drink had really started to affect his work – so he decided to quit it altogether.

Now, it’s been over four years since he made the lifestyle change – and his clean way of living has greatly improved his skin.

‘Calvin appears to have lost weight on the lower portion of his face,’ explains skincare expert Bav. ‘His eyes are clearer since being alcohol-free, and he appears to have a more even skin tone.’ 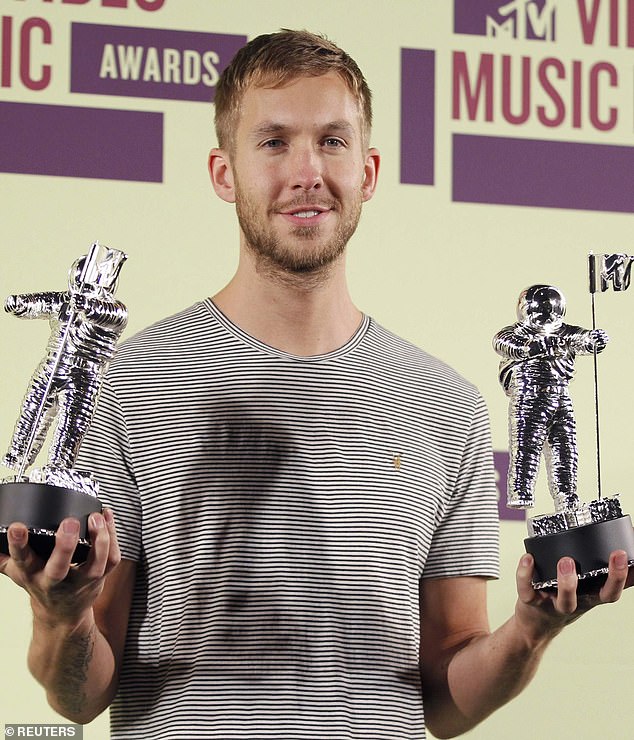 Before: Calvin Harris previously revealed he was drinking two bottles of whiskey a night when he first made it big. Pictured above, Harris poses after winning the award for ‘Best Electronic Dance Music Video’ at the MTV Video Music Awards in Los Angeles in September 2012 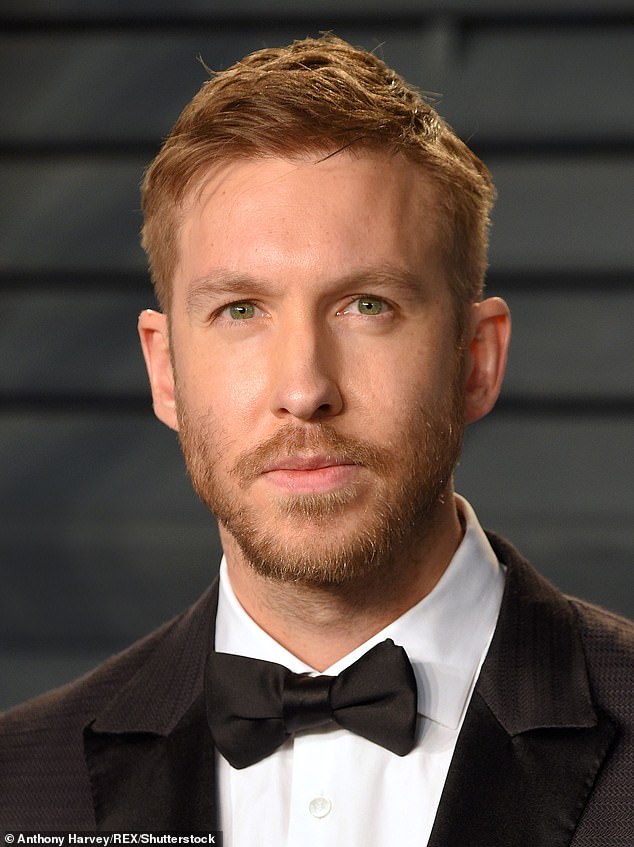 After: DJ and music producer Calvin Harris looks fresh-faced as he arrives at the Vanity Fair Oscar Party in Los Angeles on 4 March 2018. Dermatologist Bav says: ‘His eyes are clearer since being alcohol-free, and he appears to have a more even skin tone’

While she is out of bed at the crack of dawn to host Good Morning Britain, the fear of heading to work with a dreaded hangover isn’t the reason Susanna Reid, 48, decided to go teetotal.

She was warned by doctors that she was at the higher end of what is considered to be a healthy weight for her height in terms of the recommended BMI.

The TV presenter has resisted alcohol as part of a strict no-alcohol diet plan – and has lost a whopping two stone as a result, with many praising her svelte figure.

‘Susanna appears to have mild rosacea in this first photo,’ says Bav. ‘Rosacea is a skin disorder that causes the skin to blush and become flushed easily.’

‘It can cause redness and pimples and can result in small dilated blood vessels. Rosacea is often associated with alcohol consumption so it’s no surprise that Susanna’s complexion has greatly improved since going teetotal.’ 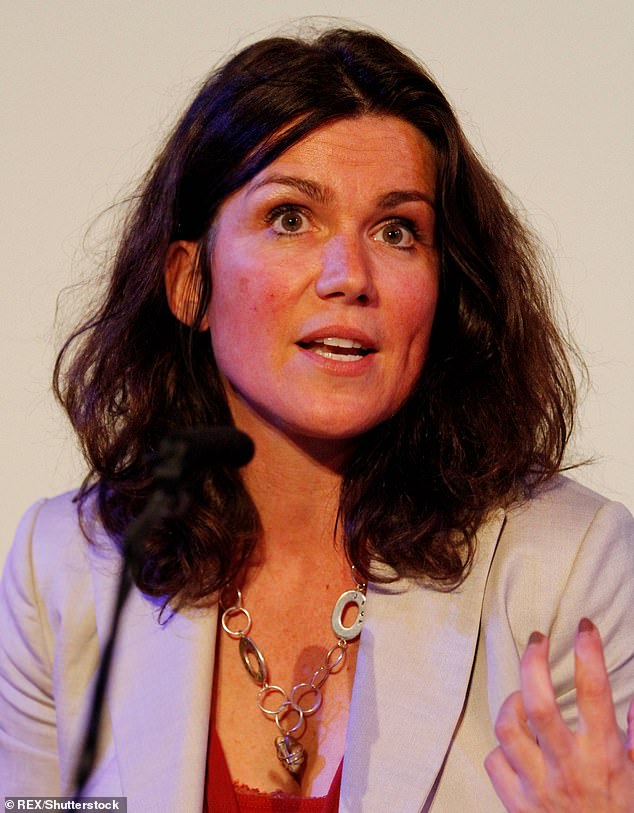 Before: Susanna Reid at the Telegraph Hay Festival in Wales back in June 2011 – before she was warned by doctors that she was at the upper end of what is considered to be a healthy weight for her height it terms of the BMI scale. It was this that sparked her decision to ditch the booze 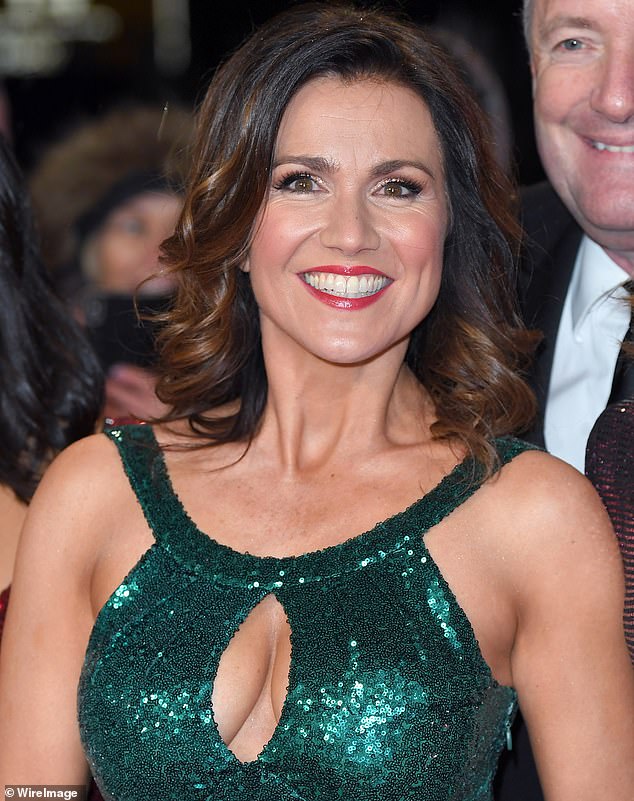 After: Since turning her back on alcohol as part of a health-kick regime, the Good Morning Britain presenter has lost a whopping two stone and has been praised for her svelte figure

The mother-of-two was once a party girl, but since having a family and opening up about her battle with depression, Fearne Cotton, 37, has traded in that lifestyle in for a squeaky clean alternative.

In recent years, the TV personality has cut back on her alcohol intake for the sake of her health, and has revealed in her book that her priorities now far surpass going out drinking like they did back in her heyday.

And it helps that her husband Jesse Wood is teetotal too – so the couple don’t even keep alcohol in the house. 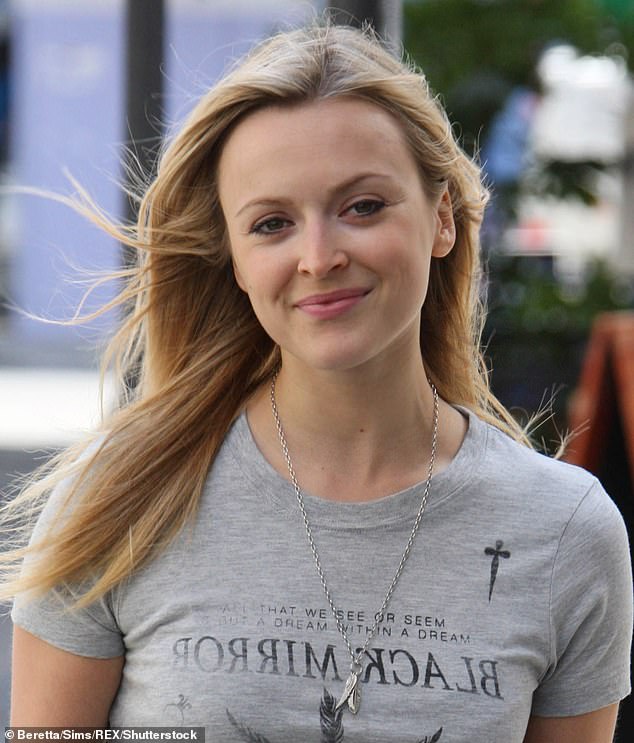 Before: Fearne Cotton had a partying lifestyle during the days she hosted Radio 1. Above, Fearne is pictured heading to the BBC studios in London on 16 July 2008 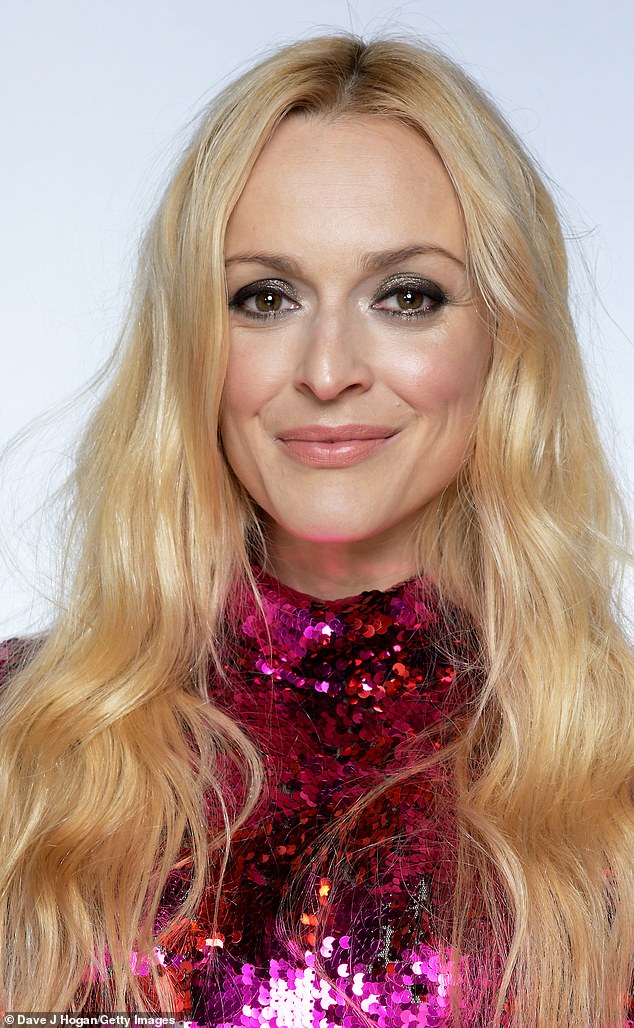 After: While Fearne has stuck to her career and hosting duties, her skin remains youthful. Above, at posing at The SSE Arena, Wembley, during filming for Children in Need Rocks in November 2018

For some parents, an evening glass of wine is a great way to unwind after a hectic day, but for others, it’s not even an option.

During an appearance on the Ellen Degeneres Show, Anne Hathaway, 36, admitted that she has decided to go teetotal for the foreseeable future.

The American actress has decided to quit alcohol for parenthood – and has vowed not to touch a sip until 2035 – when her son turns 18.

‘I quit drinking back in October, for 18 years,’ she revealed on the show. ‘I’m going to stop drinking while my son is in my house just because I don’t totally love the way I do it and he’s getting to an age where he really does need me all the time in the mornings.’

Commenting on the change in Anne’s appearance, Bav says: ‘Alcohol causes dehydrating in the entire body, including the largest organ – the skin.’

‘Anne’s skin is more radiant and glowing in the second photo. It’s likely that this is because her skin is sufficiently hydrated, resulting in better overall skin health.’ 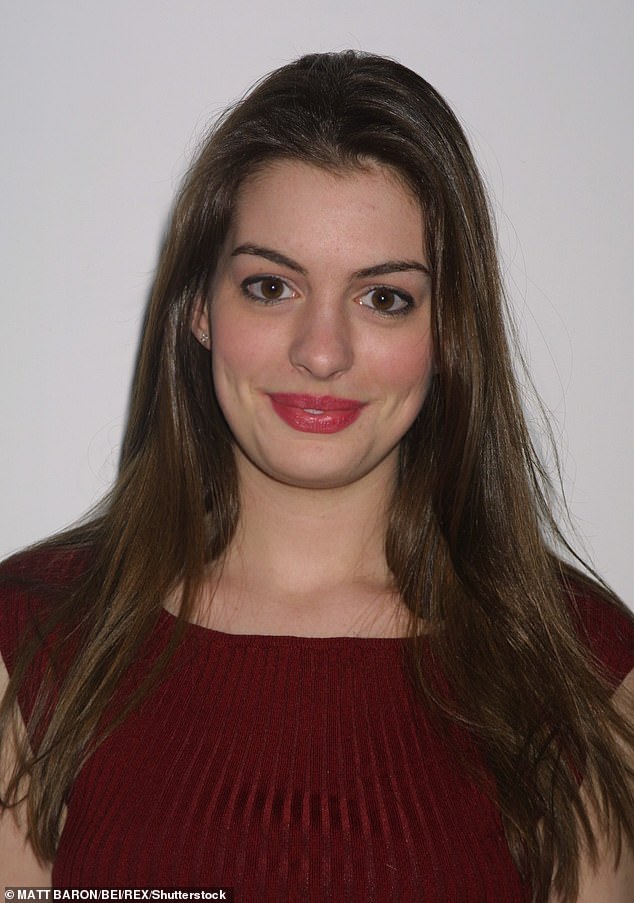 Before: Anne Hathaway has only recently opted for a booze-free existence. Pictured above, the American actress attends New York Fashion Week at the Gallery in February 2002 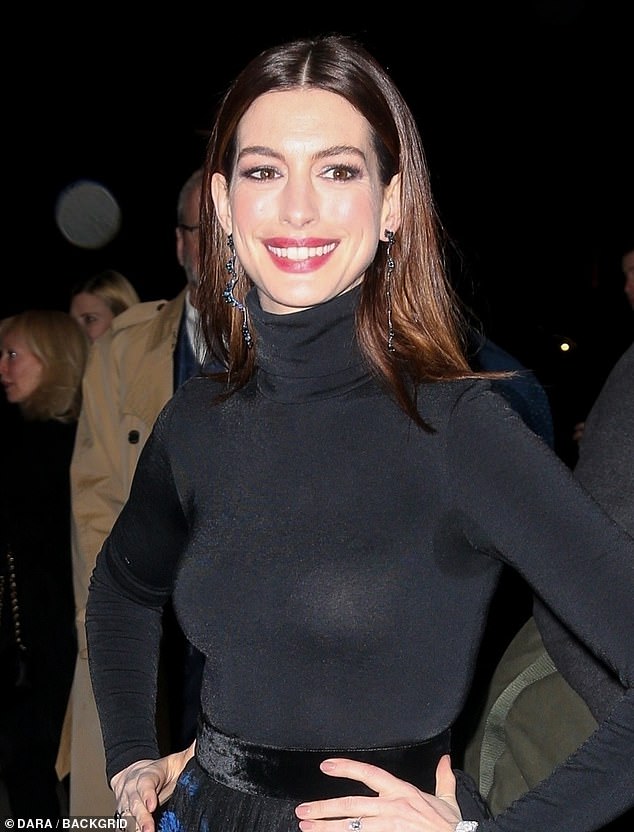 After: While the actress always appears youthful, her skin was glowing when she arrived at the screening of ‘Serenity’ in New York on 23rd January 2019. ‘Anne’s skin is more radiant and glowing,’ says Bav. ‘It’s likely that this is because her skin is sufficiently hydrated’