Gemma Collins sent tongues wagging as she flashed the diamond engagement ring her boyfriend Rami Hawash proposed with in 2013 while heading out for dinner in Mayfair on Thursday.

The Diva Forever star, 40, had the sparkler firmly back on after reigniting her romance with the businessman, 45, earlier this year.

Rami had originally proposed to Gemma by placing the ring in a Christmas pudding when they first dated more than seven years ago, and she wore it again in 2017.

Engaged? Gemma Collins sent tongues wagging as she flashed the diamond engagement ring her boyfriend Rami Hawash proposed with in 2013 while heading out for dinner on Thursday

Gemma appeared in high spirits as she showed off the jaw-dropping diamond ring while enjoying her evening out in London. 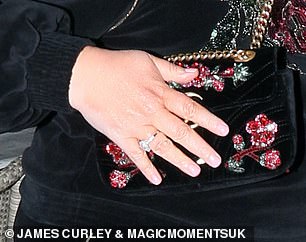 Sparkly: Rami had originally proposed to Gemma in 2013

The television personality was dressed head-to-toe in Gucci as she donned a black velvet tracksuit that was adorned in embellished roses and a Marmont bag.

But all eyes were on the reality star’s ring finger as she headed to meet her Real Housewives of Cheshire pal Dawn Ward.

Rami proposed to Gemma back in December 2013, sticking the ring inside her Christmas pudding.

Taking to Twitter at the time, the GC wrote: ‘Very excited to announce that I got engaged yesterday. I am very happy @RamTech_ I love you best Xmas pudding x’ 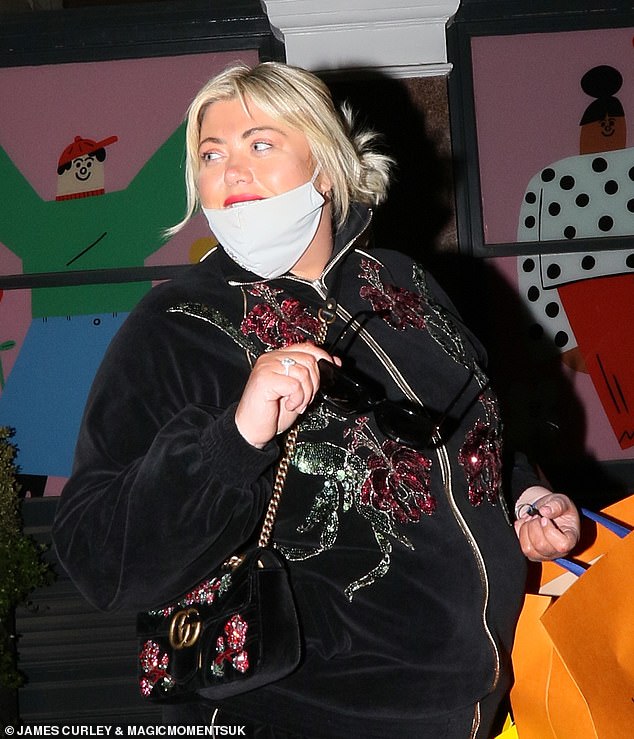 Flashy: The Diva Forever star, 40, enjoyed dinner in Mayfair on Thursday, with the sparkler firmly back on after reigniting her romance with the businessman earlier this year

Four weeks later however, Gemma had called off the engagement and the star was spotted not wearing the ring at the National Television Awards in January.

The GC previously gave her romance with Rami a second chance in 2017 and she was spotted wearing the engagement ring he proposed with.

Sources at the time said Gemma hoped to start a family with Rami and have the baby she’s always dreamed of. 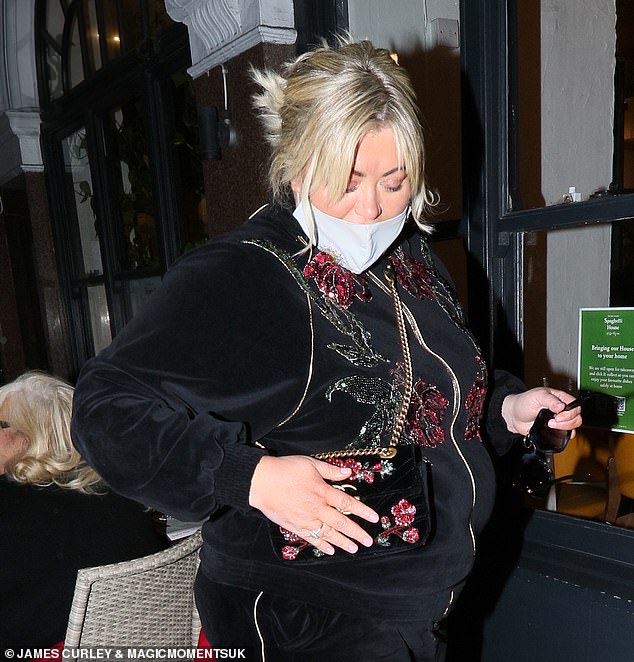 Designer garb: The television personality was dressed head-to-toe in Gucci as she donned a black velvet tracksuit that was adorned in embellished roses and a Marmont bag 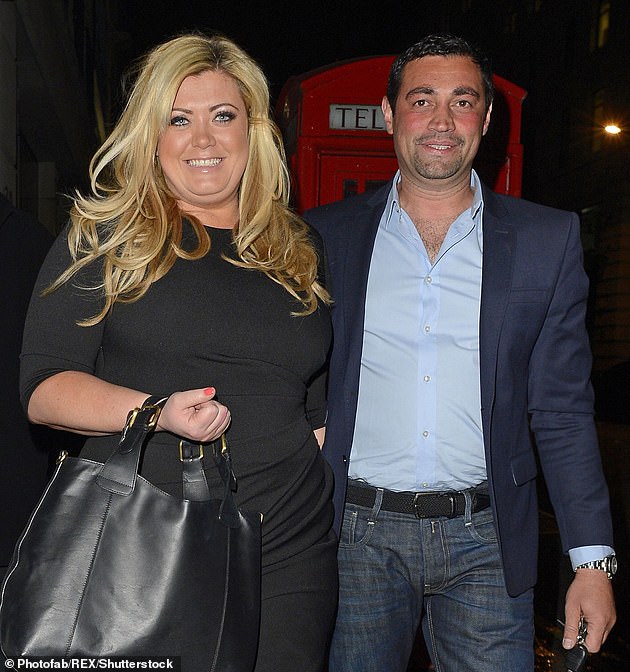 New romance?: Rami Hawash, who’s now a father, originally popped the question in 2013 but they split just a month after the proposal  (pictured in 2013)

MailOnline revealed Gemma and Rami, who’s now a father, had rekindled their relationship last week and had been secretly dating for six months.

A source told MailOnline: ‘Gemma has been seeing Rami again in secret for the last six months.

‘The pair have enjoyed spending time together and getting reacquainted during date nights in London and Essex.

‘Gemma suffered a lot of stress and trauma during her relationship with Arg, which has been on and off for years – but she’s finally putting herself first and moving forward with her life.’

It comes after Gemma ended her on-off relationship with James Agent for good. 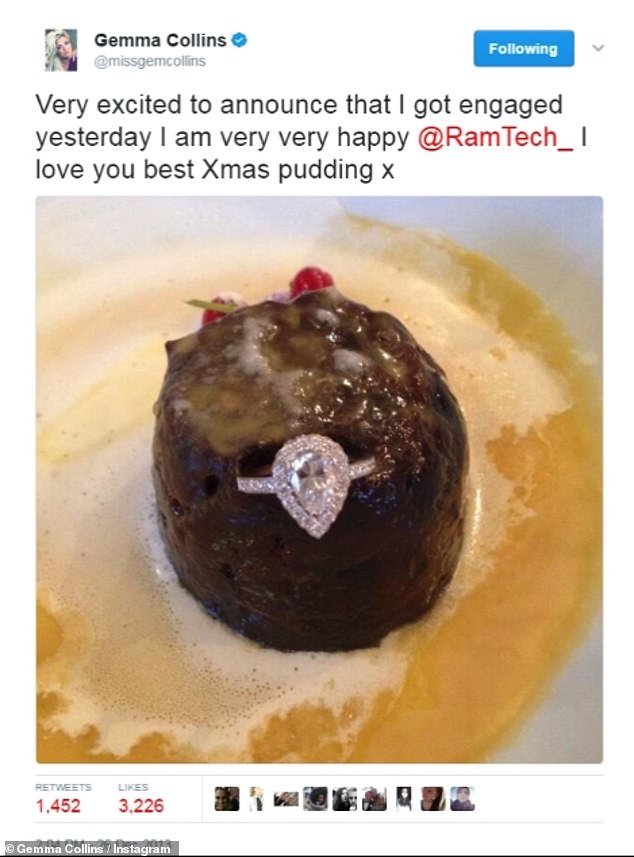 Throwback: Taking to Twitter at the time of 2013 engagement, the GC wrote: ‘Very excited to announce that I got engaged yesterday. I am very happy @RamTech_ ‘ 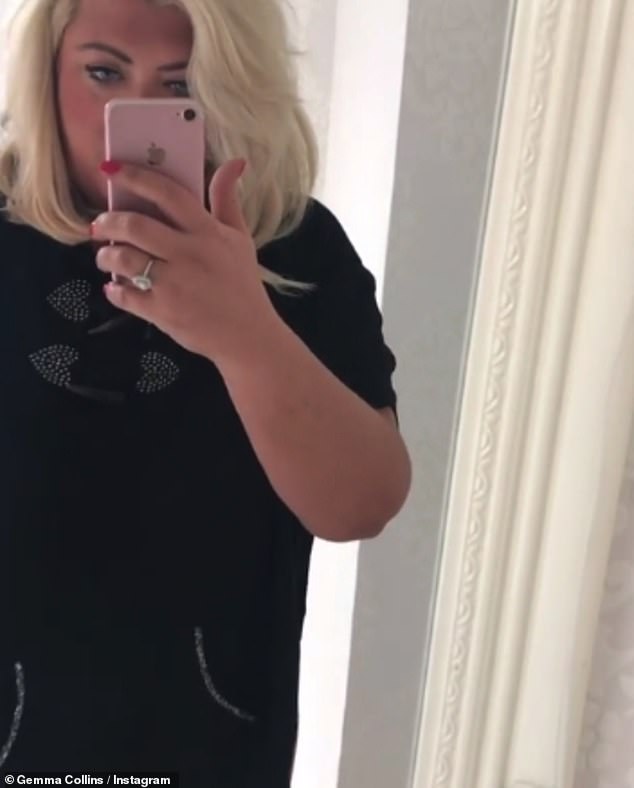 On-off romance: The GC previously gave her romance with Rami a second chance in 2017 after she was spotted wearing the engagement ring he proposed with

The reality TV star, who rose to fame on The Only Way Is Essex and has since starred in her own series Diva Forever, supported ex-boyfriend James, 33, throughout his battle with cocaine addiction.

She recently spoke on her BBC podcast about how the illness ‘ripped through her family’ and ‘destroyed lives.’

Gemma said: ‘I’ve been where you are, you want to help and you believe them but once cocaine and addiction grabs hold of someone, you are powerless to do it. 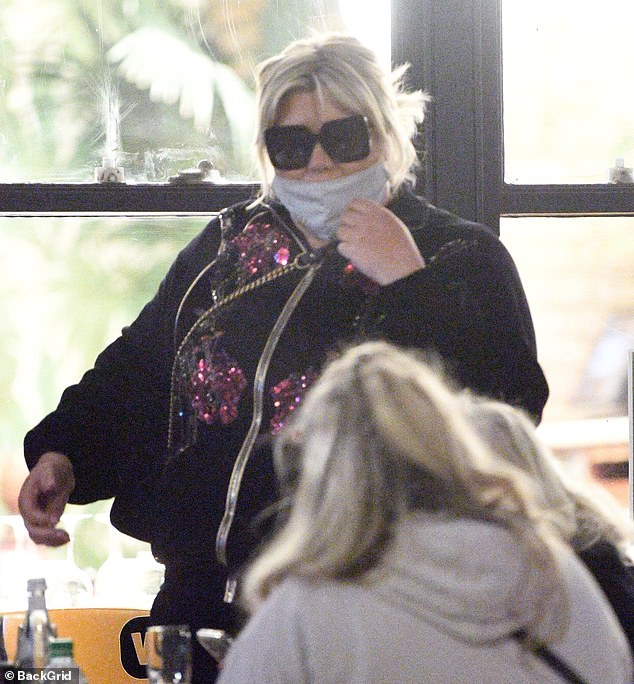 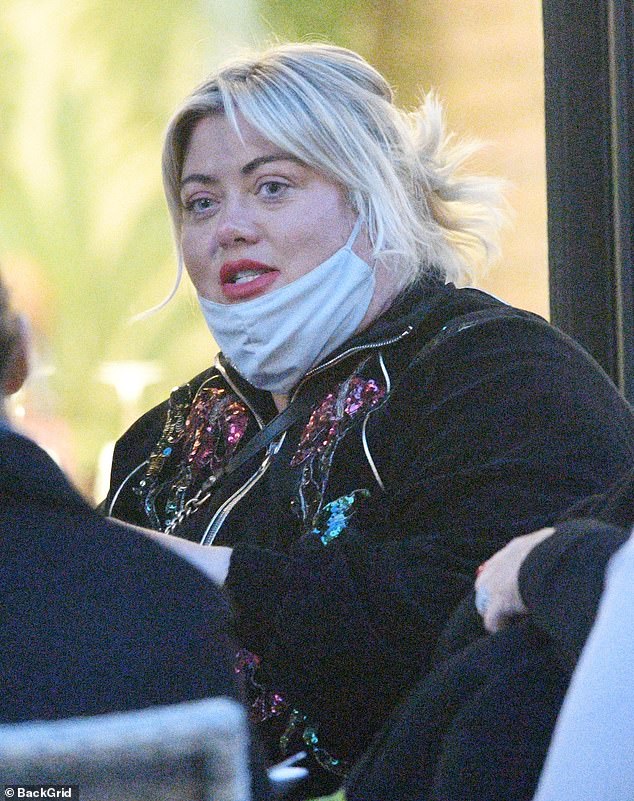 Chic: The television personality wore her blonde hair back in a bun and donned a raspberry pink lip 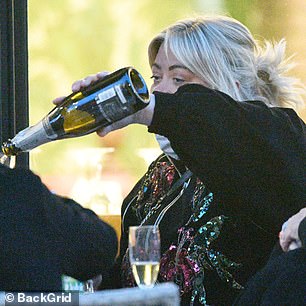 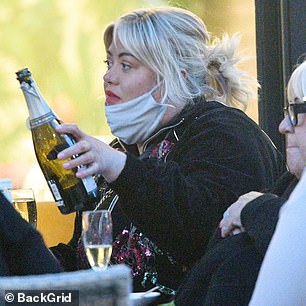 Cheers! The girls enjoyed plenty of bubbly, with Gemma topping up Dawn’s glass during the festivities 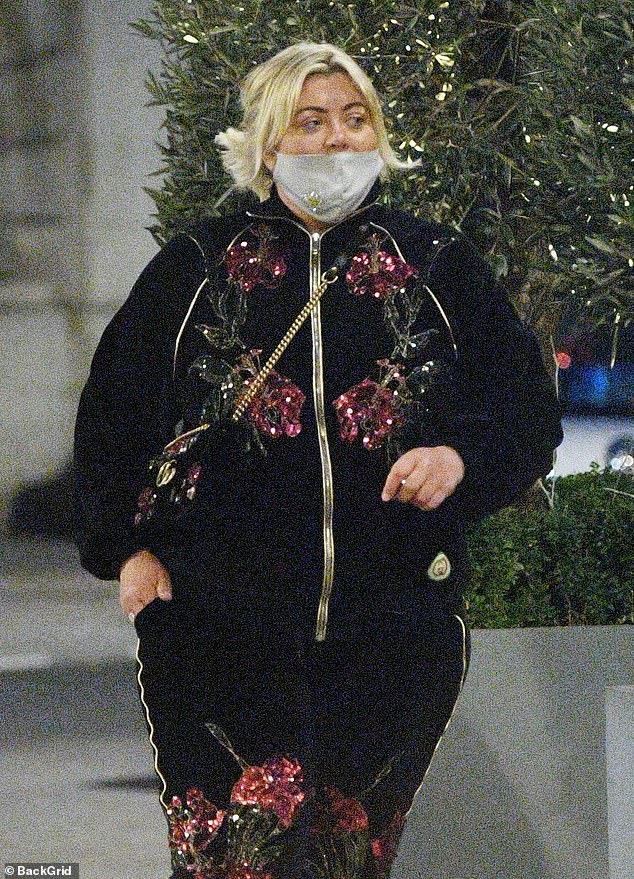 Safety first: Gemma wore a face mask as she left the boozy dinner 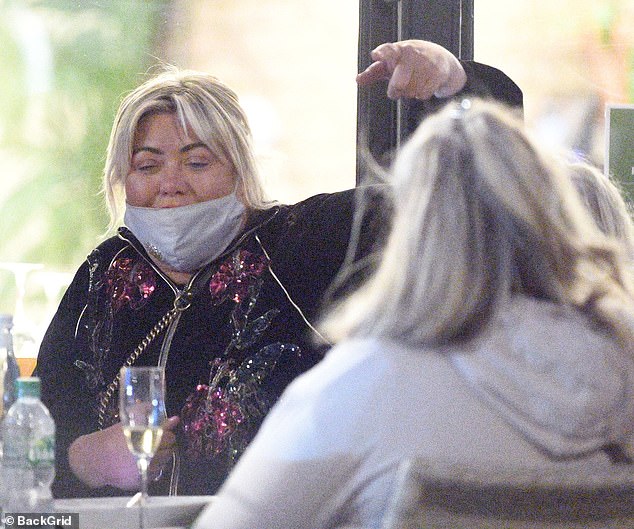 Having a blast: Gemma put on an animated display as she quaffed champagne 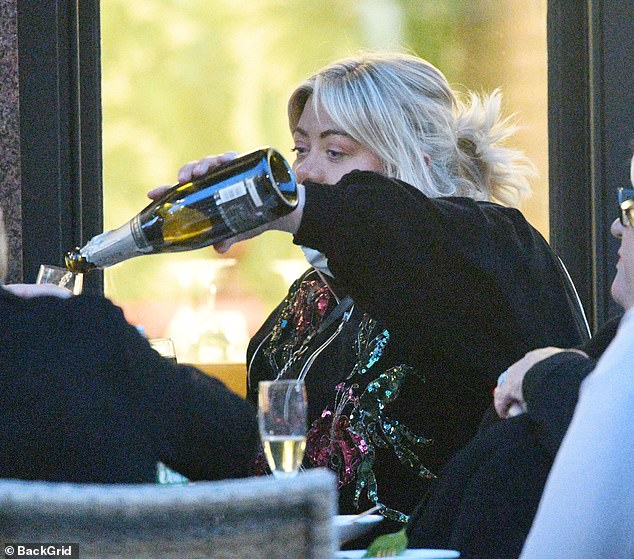 Brunch: The former TOWIE star was in her element as she dined with her mother Joan and Dawn 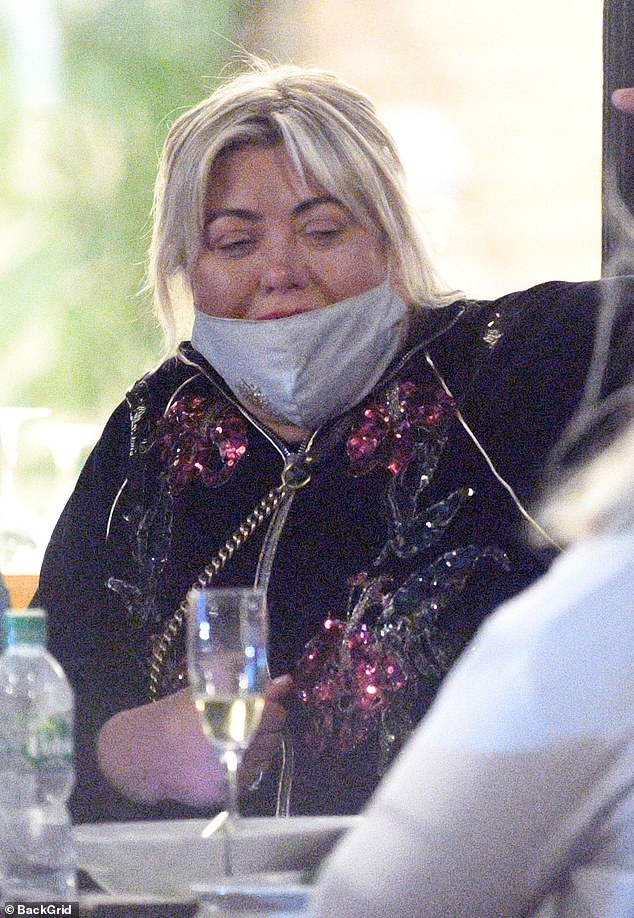 Having a laugh: The reality star had a good giggle as she chatted during the alfresco meal

‘You are not the professional, I’ve been there myself and it’s going to really break your heart.

‘I’ve seen it, I’ve been there, I’ve got the T-shirt and I found it too distressing and impacting on my own life.

‘I look back now and I did it from love but it really can break your heart in the end.’ 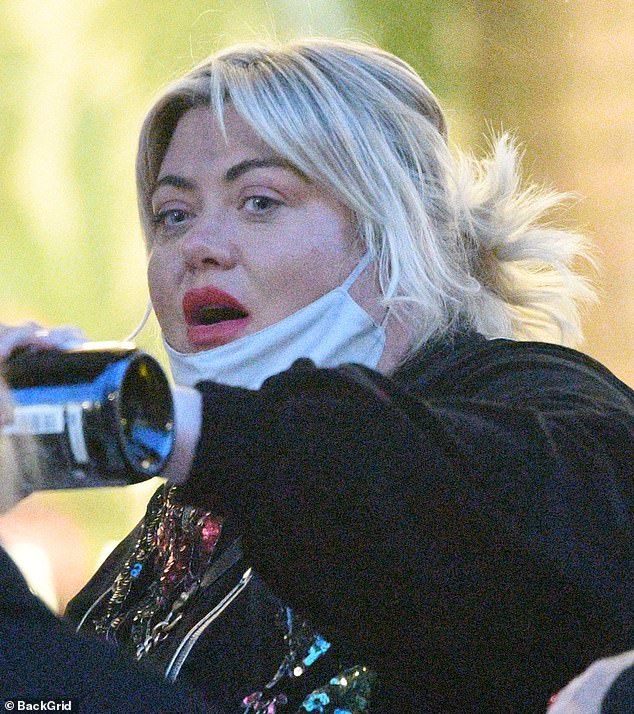 Back on: It was revealed earlier this week Gemma had been secretly dating her ex Rami

James, who recently underwent gastric band surgery, said this week he was finally ready to ‘reclaim his life’ and ‘start a new chapter physically and mentally.’

The former couple endured a devastating loss when Gemma miscarried their baby last year, resulting in her therapist diagnosing her with PTSD.

During an interview on Loose Women, Gemma spoke about Polycystic Ovary Syndrome, a condition she suffers with that affects fertility and causes weight gain.

In August last year, she said: ‘I did suffer a miscarriage, which was really sad, during the lockdown period. Behind the smiles, there’s been a lot of pain.’

To increase her chances of falling pregnant, Gemma has focussed this year on being healthy and losing weight, after doctors advised her to shed 2 stone.

Gemma previously said she ‘prays every night’ to one day conceive a baby naturally and be in a happy relationship. 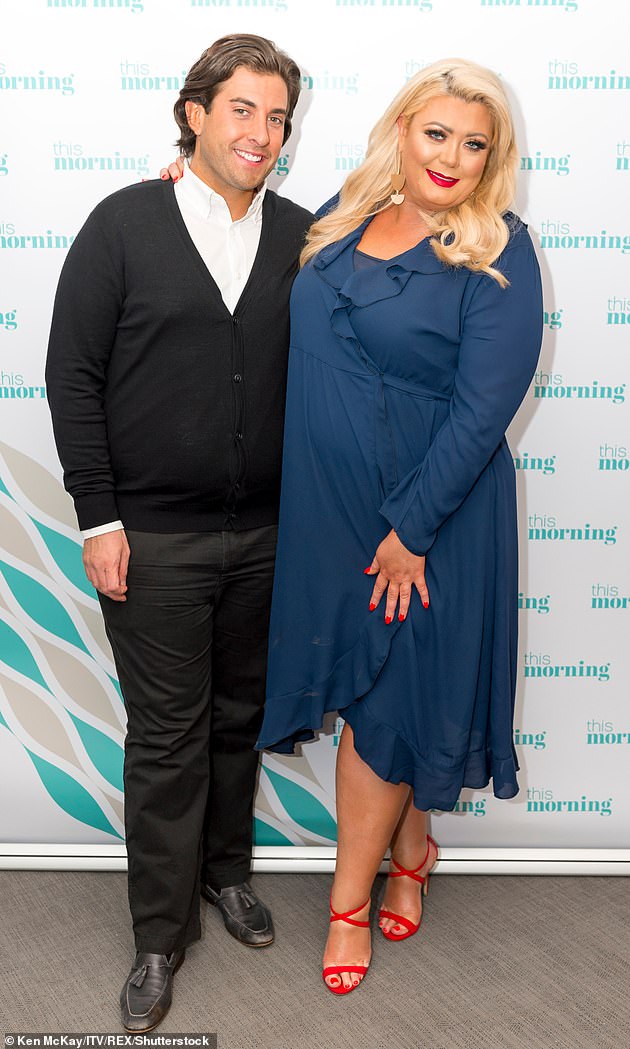 ‘Destroyed lives’: The reality TV star, who rose to fame on TOWIE, had an on-off relationship with James Argent for years before they finally called it quits last year (pictured 2018)