Is the answer to dyslexia in our eyes?

Scientists have found that dyslexics have an unusual pattern of cells in their eyes which makes letters appear back to front.

The proposed cause of dyslexia has mainly focused on the brain.

But in a breakthrough, scientists have now discovered that in those with the condition the central area of the retina may have developed in a way that makes letters difficult to read.

In a study, the researchers found dyslexics had light detecting cells – called cones – arranged in a circular way in both of their retinas.

In people with ‘normal’ reading ability, this circular arrangement is only found in the dominant eye.

The less dominant eye had an oval arrangement – which leads to a slightly less good image.

During vision, the brain has to ‘knit together’ the two images – each of which goes to a separate side of the brain.

For non-dyslexics, the brain grants priority to the dominant eye for the scene – with the other eye playing a less important role.

In the complex task of visually making sense of the world, the brain generates mirror images of what we see, as well as those the right way round.

But in a dyslexic, both eyes were found to have a symmetrical, circular pattern.

This means each eye battles for dominance – causing confusion in the brain and leading to some letters such as ‘b’ and ‘d’ becoming confused.

The authors write in a Royal Society Journal: ‘Although apparently anatomically symmetrical, our two eyes, which are strongly connected to the brain, exhibit rivalry and dominance’.

The dominant eye generates the main image – and the less dominant eye supplies a poorer quality image, they write.

But when both eyes produce an equally good image, confusion results, making it hard to focus on letters.

They write: ‘For dyslexic students, their two eyes are equivalent and their brain has to successively rely on the two slightly different versions of a given visual scene, moreover often inducing poor and unstable fixation.’ 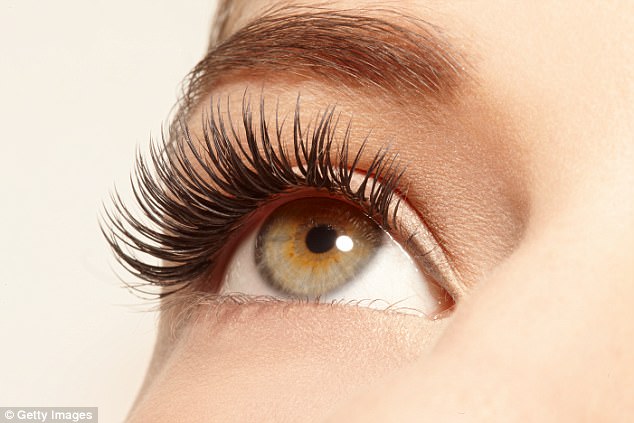 Professor John Stein of Oxford University, an expert adviser to the British Dyslexia Association said: ‘This is a really interesting study, particularly as it highlights visual aspects of dyslexia which tend to be ignored nowadays, and also the importance of eye dominance in setting up the brain pathways for reliable visual direction sense, hence for reading.’

‘In 90 per cent of their dyslexics (not clear how they were chosen) the Maxwell spot on both sides was circular leading to lack of dominance and a greater tendency to mirror image confusions, they suggest.

‘What is missing is any suggestion why these differences emerge.’