Is the UK in the danger of recession? What should investors take into account? 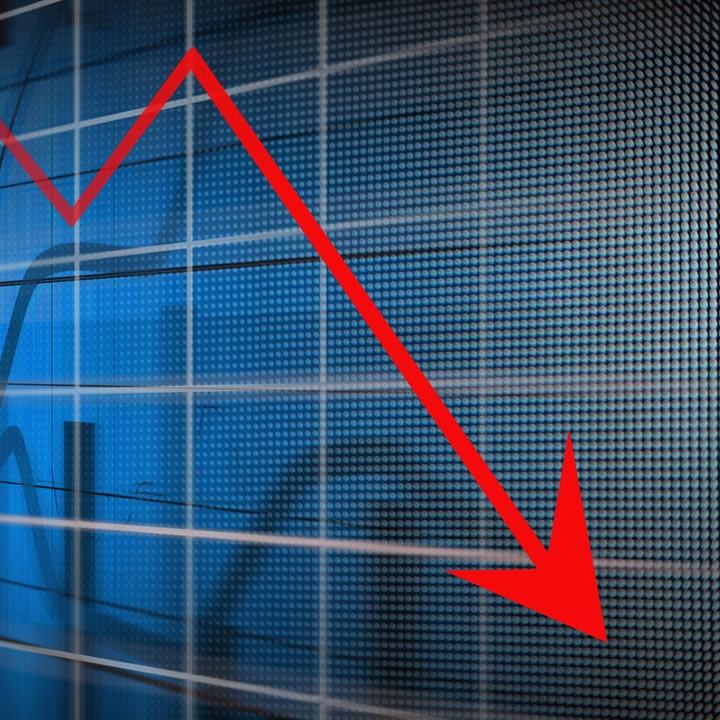 Nowadays financial markets are crashing and countries are against the danger of increasing inflation rate.

There are several factors that have led the countries and markets to this situation. One of the most prominent among others is the Russian invasion of Ukraine.

Despite a 0.8% rise in the UK’s GDP in the first quarter of 2022, the outlook for the second quarter is less promising. When the Russian invasion of Ukraine, rising oil costs, and inflation took their toll in May and June, GDP declined by 0.3 percent in April alone.

Retail sales fell as consumers lost faith in the economy. This also had a dramatic effect on the markets and the exchange rates. Because of the present events and situation, the UK national currency is against a drop in value significantly.

For the first time since January 2009, the Bank of England (BoE) lifted its benchmark interest rate to 1.25 percent. BoE indicated it was prepared to take action “forcefully” if necessary to combat inflationary pressures.

Similar to the UK, nowadays the US Fed fights against the growing inflation rate with the help of increasing interest rates.

When it comes to the UK economy, stagflation, which is a combination of stagnation and inflation at the same time, may be the main risk for both country residents and the global economy.

Is The Danger Too Close?

The reopening of the global economy after the COVID-19 epidemic and the Russian invasion of Ukraine has increased the cost of living in countries all across the globe to heights not seen in decades.

Inflation is expected to reach 11% in October, according to the BoE. In the moment of the crisis, the UK investors and traders who have invested their money in GBP are searching for Forex brokers with low fees in order to make their trading process more efficient.

For more information, you can read IMGFX broker reviewed.

There has always been a “bounce-back” after these downturns, according to historical data (the economy grew by 1.2% in the third quarter of 2012, for example).

Companies are working harder to make up for the lost day, which is part of the reason for the rebound. In most cases, however, the resurgence may be attributed to the logic of sequential expansion.

Fuel prices, dropping exchange rates, exchange controls, and expectations of much higher inflation in a year’s time are all factors that make the outlook particularly bleak, according to experts.

Analysts in the UK are divided on how to assess the present scenario.

According to economists, the United Kingdom is more likely to be against the danger of recession this year rather than not entering a recession. There is no growth prediction for 2023 from the OECD yet, which says that the current growth rate is the lowest in the G20.

What Should Be Done?

Many nations were in recession by 2020 as a result of the epidemic.

During the global financial crisis of 2008-2009, recessionary processes also emerged. Wars, epidemics, debt crises, stock market collapses, supply shocks, and excessive inflation are just a few of the things that might trigger a recession.

At the moment, it’s most likely that the recession will be an inevitable thing for the UK. Apart from the recession, some experts expect that the country is going to experience stagnation and increase inflation rates significantly.

For example, the government can fight against the recession in several steps.

One of the most important steps is to cut the taxes or minimize them as much as possible. This also should be accompanied by spending money. When there are many people in the country who spend their money, the demand for the national currency increases.

As the demand for the currency increases, this means that the value of the currency goes up as well. As long as the currency value expands, this affects the prices of the products. Products start to decrease in price, which leads many people to start spending.

So, people start to spend even more than before. As a result of this, the economy starts to expand. As the economy expands the stagnation process comes to an end and the county starts to develop economically.

With the help of reducing taxes, people are more motivated to spend more.

In addition to that, businesses are allowed to make their services and products more innovative and beneficial for their customers. The money that comes from the taxes, can be used by companies and businesses in order to develop more.

As the businesses are allowed to develop more their services are more demanded, which makes people spend money. In addition to that, another option for the central banks is to increase interest rates in order to avoid recession.

However, in this case, the chances of the inflation rate going up will increase as well. So until the UK government takes the measures it should evaluate things quite carefully in order to avoid worse results.