Is there any change at the top of this week’s Premier League POWER RANKINGS?

Each week throughout the 2020-21 season, Sportsmail brings you a Power Rankings table, listing the top 10 hottest players in the Premier League.

As the stories of the season unravel, the rankings will provide a form guide with players moving in and out of the top 10 depending on both their performances in the previous fixtures and also in recent weeks.

It proved yet another excellent week for Manchester City who, in attempting to catch up with games in hand, extended their winning run across all competitions to 18 matches following victories at Everton and Arsenal.

Meanwhile, West Ham’s incredible form continued with an excellent London derby victory over Tottenham Hotspur that moved them into the Champions League places.

Meanwhile, wins for Manchester United and Leicester City also keep them inside the top three albeit 10 points down on Pep Guardiola’s City.

There were many excellent individual performances once again in the top flight – but which players from last week’s list will drop out and who will come out on top this time around?

While Saka remains one of Arsenal’s best players on recent form, he’s not quite had the same impact since missing a draw against Manchester United last month with a hip problem.

In the four games since he has played 90 minutes in all of them yet failed to find the net once and he has just one assist.

Not that goals have been a huge part of his game in general this season but he had scored in four of the previous six matches prior to the hip issue.

However, he was still key to Arsenal’s attack in the 1-0 defeat by Manchester City on Sunday and on the left flank was at the heart of the Gunners’ counter attack. Better days will come.

There were concerns over whether Mount’s first-team run was about to end under Thomas Tuchel following the sacking of Frank Lampard.

After all, Chelsea had spent big on signing Kai Havertz but Mount can be fortunate he has a manager who has been fair and given much of his first-team squad the chance to impress.

The England midfielder has taken his chance with both hands and already looks to have won over Tuchel as his excellent campaign in the Chelsea midfield continues.

There are signs the goals are coming back too, with his second in three matches helping the Blues rescue a draw at Southampton after dispatching a penalty. 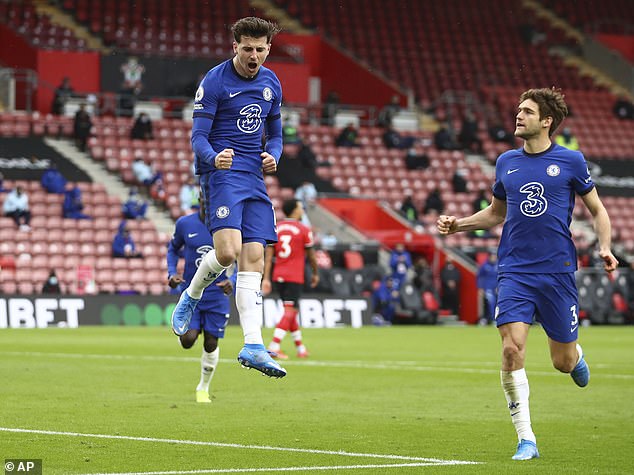 The forward pretty much has the freedom of Merseyside right now… well at least the blue parts of it.

His early composed strike low across goal into the bottom corner got the wheels in motion for Everton to win 2-0 at Liverpool and secure their first victory at Anfield in 22 years.

But it’s been a busy week for the Brazilian who was also on target in the 3-1 defeat by Manchester City.

Everton may only be seventh in the Premier League but they remain well in the hunt for Champions League football next season and the forward’s form will be key to helping Carlo Ancelotti’s side hit that target. 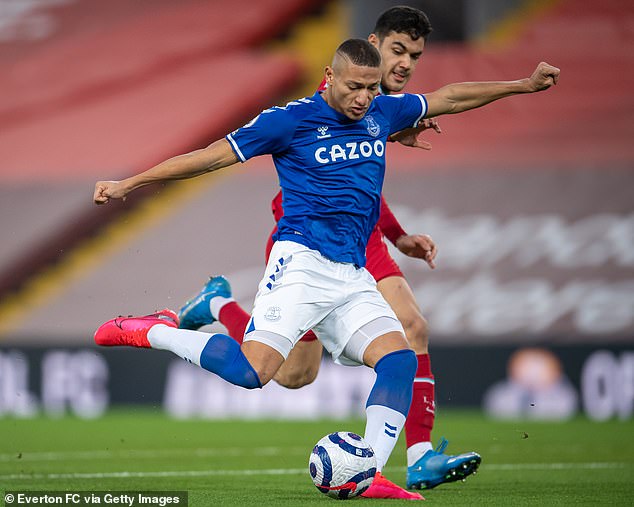 It’s taken a good few years for Bamford to realise his early potential as a Premier League striker but with Leeds he finally looks to be settling into the top flight.

His low finish across goal while under pressure in Tuesday night’s win over Southampton perfectly found the bottom corner to help Marcelo Bielsa’s side move into the top half of the table.

After drawing blanks against Arsenal and Wolves he is back on form again and no other English player has outscored him in the Premier League this term.

In fact only Mohamed Salah and Bruno Fernandes have more than his 13 top-flight strikes. 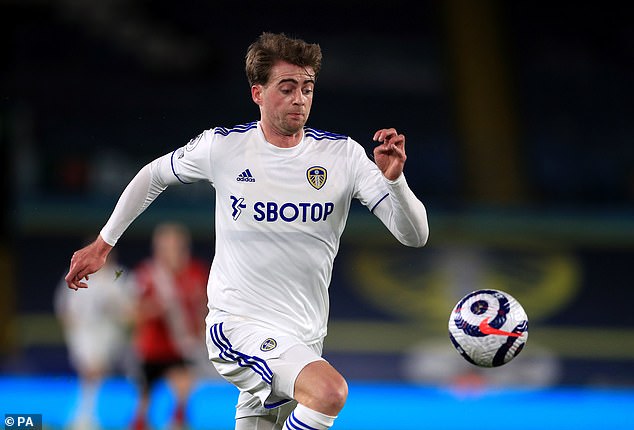 Lingard hadn’t played a single minute of Premier League football before February and less than a month on is now looking like an important part of West Ham’s Champions League challenge.

It’s four goal contributions from as many games now for the midfielder on loan from Manchester United, with the latest one endearing him to Hammers fans after netting against London rivals Tottenham Hotspur.

Lingard has always been a good player and it’s only the misfortune of being stuck behind a wealth of talent at Old Trafford that had previously denied him the top-flight minutes he has deserved.

An England recall is perhaps too soon, but even so the 28-year-old will be delighted that his career is once more heading in the right direction. 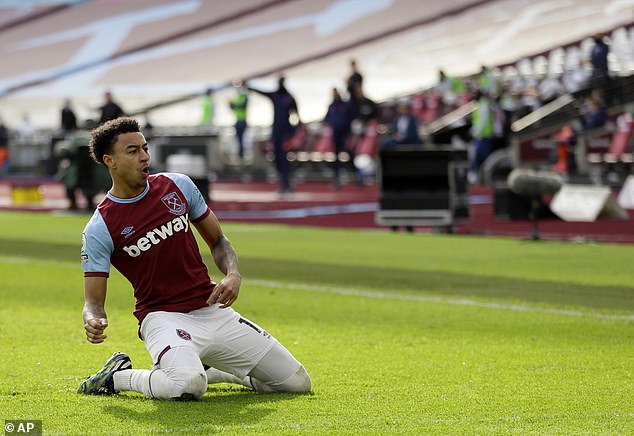 After joining West Ham on loan from Manchester United, Jesse Lingard’s is back on form

Foden’s fine campaign for Manchester City continues and he was back among the goals last week with his effort giving the runaway Premier League leaders the opening goal in a 3-1 win over Everton.

It may have taken a fortunate deflection on the way to finding the net but it otherwise capped another fine midfield display for the England star.

Still, he drops down a place in the rankings, a victim of being only on the bench for City’s follow up victory at Arsenal at the weekend.

Rather than being dropped though, it looks more like forward thinking from manager Pep Guardiola who has one eye on Wednesday night’s Champions League clash at Borussia Monchengladbach where the 20-year-old could feature. 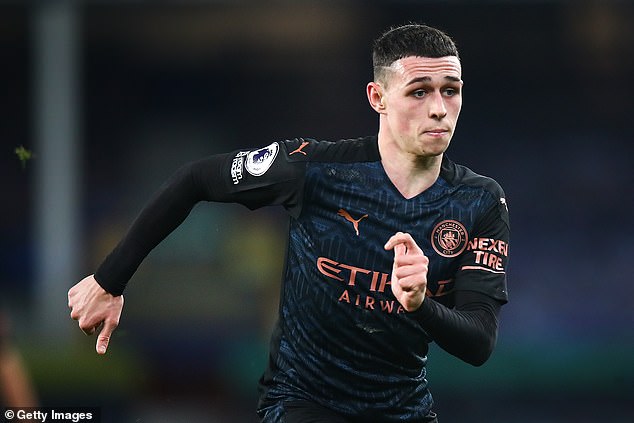 Barnes’ early Leicester City career saw him constantly get him into good positions before wasting his finish. In essence doing all the hard work before allowing it to crumble.

It’s clicking now for the winger though who was pivotal in the Foxes’ Midlands derby victory at Aston Villa by setting up James Maddison’s goal before finding the net himself in a 2-1 victory.

He now has a highly respectable nine goals this season and six of those have been since Christmas.

Three of his four assists have also come during that period and he is playing himself into form just in time for a certain European Championship this summer. 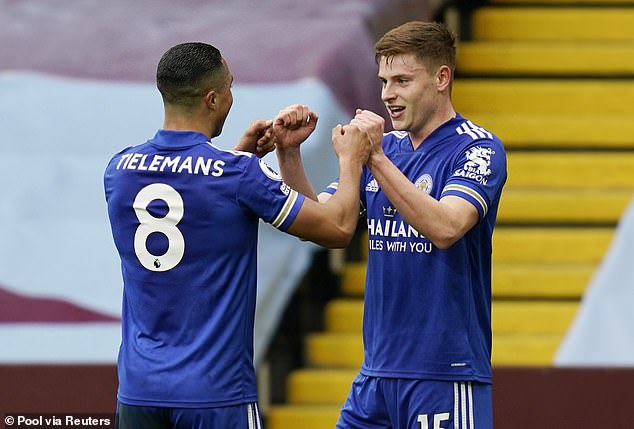 Given a rest for the win over Everton… and it’s a game where Manchester City concede, although admittedly still win.

Reinstated for the victory over Arsenal and it’s another clean sheet bonus getting banked for the centre-back who has now kept an incredible 12 of them from just 15 appearances this term.

It probably helps playing alongside the also highly impressive Ruben Dias but it takes two to tango in a centre-back pairing and the 26-year-old’s improvement this term has been remarkable.

The way he has performed this season will make it highly difficult for Gareth Southgate to leave him out of his starting XI for England in the summer, let alone leave him out the squad. 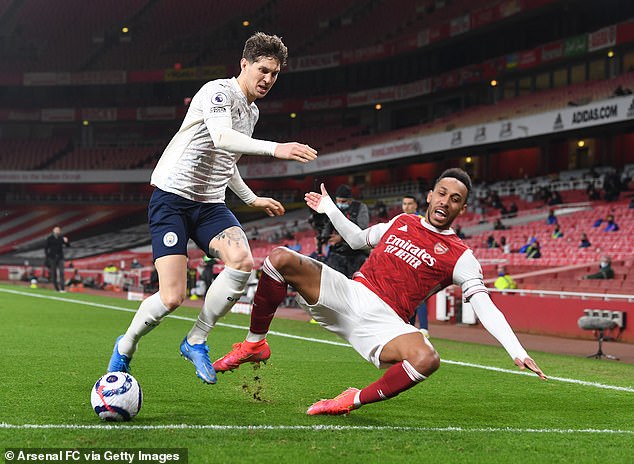 2. Ilkay Gundogan (down one)

Finally knocked off the top spot, but that doesn’t mean Gundogan is going completely off the boil for Manchester City.

Although he missed last week’s win against Everton with a groin strain, he was back in the starting XI for the victory over Arsenal, although he failed to capitalise on a good opportunity to find the net.

Otherwise though it was again a strong midfield showing for the German who this season has grown in stature at the Etihad Stadium.

City have now won 18 games in a row across all competitions and the 30-year-old has been integral towards that. 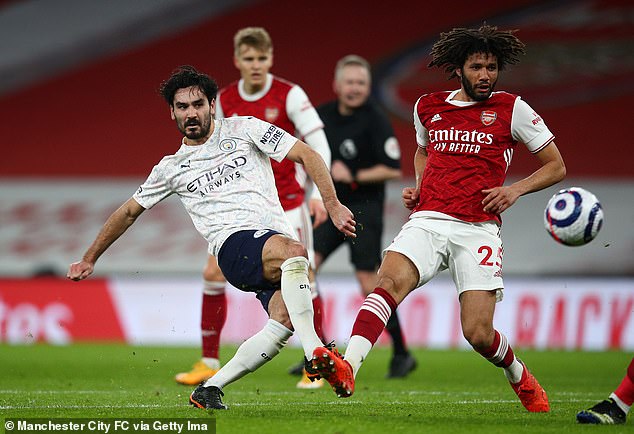 1. Bruno Fernandes (up one)

The game changer once again for Manchester United, who after a dry January is once more at the top of his game after helping the Red Devils to another win at home to Newcastle United.

With the score level at 1-1 approaching the hour mark, he provided the assist for Daniel James by diverting a pass into the path of the winger to restore United’s lead, before then making the game safe with 15 minutes to play by converting a penalty.

It was Fernandes’ seventh spot-kick conversion of the season, more than any other player in the Premier League – but he is proving vital to Ole Gunnar Solskjaer’s side. 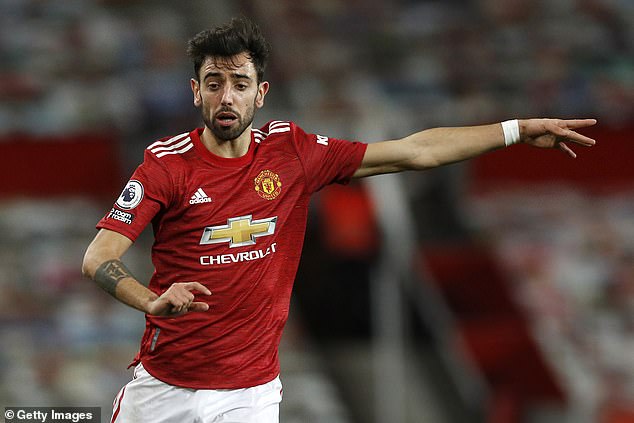