Is there investment magic in mushrooms? How to back psychedelic firms

First it was cannabis, now it’s mushrooms. Promising advances to treat depression are putting start-ups trying to create legal psychedelic medicine in the spotlight and bringing illegal substances into the mainstream.

But potential investors should remember that’s a bold projection from an organisation with a vested interest in the field’s success, and as with any fledgling industry, investing in psychedelic firms is a high risk endeavour.

Nonetheless, there are many promising studies and tests showing the benefits of using psychedelics – usually in low doses – to treat mental illnesses and the rapidly growing legal cannabis industry has paved the way for potential success.

Mental health is a key topic across major western economies and with a greater acceptance of more openly discussing problems, improving people’s mental wellbeing is seen as an important challenge directly linked to physical healthcare.

Depression is a common illness worldwide with more than 264million people affected according to the World Health Organisation (WHO).

Cases of depression are on the increase, with Covid-19 lockdowns also exacerbating widespread mental health problems, and at the same time the use of psychedelics in medicine is seeing a growing acceptance.

But companies involved in this field are at the vanguard of treatment and many are carrying out tests using psychedelics that are illegal for personal use – even with magic mushrooms that grow naturally across Britain it is against the law to possess them.

Added to that issue is that psychedelic treatment firm investing is akin to backing high risk biotechs, where share prices can rocket or crash depending on good or bad test results.

What do the psychedelic pioneers do?

Using psychedelics in the treatment of depression is a disruptive and early stage industry. There are various forms of psychedelic treatment. Some companies use legally approved doses of ketamine, psilocybin or psychedelic compounds like DMT.

If you’re keen to invest despite the risks, it’s possible but not so simple for UK investors.

The slight hurdle is that, at the time of writing, there were no such companies listed on any UK exchanges.

US and Canadian shares can, however, be accessed through DIY investing platforms and popular trading apps, such as Trading 212 and Freetrade.

Investors should beware the extra costs of overseas investing with some platforms.

ETFs (exchange traded funds) that have exposure to psychedelics have been launched but only in the US.

A spokesperson for Freetrade says: ‘Effectively it’s a short two pager that outlines the strategy, risks, charges, and other considerations that investors should consider before investing.’

But that’s not to say that similar ETFs won’t be launched in the UK in the future.

Last month Boris Johnson said he would examine the latest advice on the legalisation of psilocybin – a psychedelic found in magic mushrooms following calls from Tory MP Crispin Blunt, who highlighted its ‘exciting potential’ for the treatment of mental health conditions like depression, trauma, and addiction.

Alastair Moore, co-founder of The Hanway Company, which incubated UK-based psychedelic specialist research organisation Clerkenwell Health, says: ‘It is really one of the few new sectors trying to solve mental health – very few have fresh solutions. It’s early on so would have a potential of good returns.’

Besides depression, psychedelics are also being used to treat other mental health conditions.

Compass Pathways, Alphagreen Group, Beckley Psych and Clerkenwell Health all have a presence in the UK, while German based Atai Life Sciences is the largest shareholder in UK biotech Compass Pathways.

All the other companies listed above are either based in the US or in Canada where the legislative environment is friendlier to using psychedelics as a treatment for depression.

However, investing in such companies is deemed high risk because many are still at a clinical trial phase.

Clinical psychedelic trials in the UK

The only legal route to accessing psychedelic treatment in the UK is through a few limited scale, registered clinical trials. The good news is that these have already started in Britain.

The company said the objective of the trial was to ‘find the appropriate dose for a larger, pivotal phase III programme’ which will begin next year. 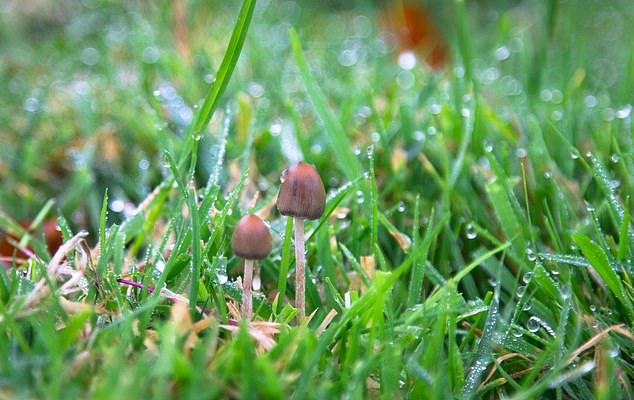 But despite such clinical trials taking place on British soil, there’s still hesitancy about listing companies that specialise in this form of treatment in the UK.

Therefore, many UK firms have flocked to the US or Canada to list on the Nasdaq or Toronto’s Neo Exchange, including Compass Pathways, Pasithea and MindMedicine Inc.

Alexej Pikovsky, CEO and founder of acquisition and incubation platform Alphagreen Group, which focuses on health and wellness brands, explains: ‘Most of the psychedelics for healthcare companies are listed in Canada.

‘Like the cannabis industry, Canada has a very favourable regulatory framework around listings when it comes to cannabis and psychedelics.

‘A lot of US companies [specialising] in psychedelics also list in Canada.’

The lack of UK listing is not putting off a wave of early stage investors, however, with firms getting investment from venture capitalists, celebrities and angel investors hoping to get in early enough to benefit from any potential upswing.

For example, Beckley Psytech raised £58million in venture capital for its research programmes and Pasithea Therapeutics raised $24million (£17.39million) at its initial public offering (IPO) on the Nasdaq.

Picking a psychedelic winner is difficult and risky

Investing in a psychedelic start-up is not for the faint-hearted. Unless you’re an industry expert, it will be hard ascertaining which ones are likely to ultimately be championed by regulators and the medical profession.

Dennis O’Neill, president of Biomedican, says that many of these companies are no more than very weak concepts.

He says: ‘Although the potential for psychedelics for treating a vast array of mental health problems is significant, there will be ultimately no more than a handful of companies that will be successful long-term.’

Distinguishing between those that are merely in the research and development (R&D) phase and those close to or in an actually doing business stage is vital, because this could determine how your investments perform.

Referring to Compass Pathways and MindMedicine as examples, Kimberley says: ‘As with cannabis, the efficacy of these treatments isn’t completely clear yet and both firms are focused heavily on R&D, as opposed to actually selling products.

‘That means neither firm has been able to deliver strong returns for investors so far, other than perhaps some speculators.

‘Like lots of other early-stage medical companies, Compass and MindMedicine have seen erratic movements in their share price since going public.’

But Kimberley doesn’t put Field Trip Health in the same category. ‘Field Trip is a slightly different story. As it runs clinics and provides patients with legally approved doses of ketamine, it feels a bit more like an upmarket travel provider than a medical company.

‘That makes a path to profitability a bit clearer, and the firm is already making money from its business operations. But the company is also trying to create its own psychedelic treatment.

‘Again, that will take time to develop and get approval for, so it will be interesting to see how much it can grow the existing part of its business before that happens, if indeed it happens at all.’

Some believe that, without an element of luck involved, backing the right winner in this industry will be problematic for the average investor.

This means that investors who are tempted should take a portfolio approach and only allocate a small amount of their portfolio to such volatile shares.

Kimberley explains: ‘Regardless of whether you’re selling psychedelics or a headache cure, finding a medicine that works and then getting it regulatory approval is a long, uncertain, and arduous process, with a low success rate.

‘What that tends to mean is investors treat them more like a long-shot bet.

‘There’s a good chance they won’t pay off, but if they do then you can see very high returns. Hype can complicate things though. If investors think something is going to be the next ‘big thing’ in the medical world, they’ll often pile into it.

‘Taking the plunge and buying now is likely to lead to some trip-like dips and dives. Waiting a while to see if they can make and sell products and services may mean less money but it’s also a lot less risky.’

Doing your own research is often advised when it comes to do-it-yourself investing but, in this instance, some very in-depth research could pay off – if you get some luck along the way.

Dr. Tiago Reis Marques, CEO of Pasithea Therapeutics, says: ‘Pay attention to the expertise steering the company and where the investment will go.

‘Companies like us that have clinical infrastructure in place and a strong track record in academic and clinical research in this field will be able demonstrate to prospective investors that they can operate a profitable business and scale and grow. Bad actors or actions can occur in all sectors.’