Is this America’s most festive yard?

Is this America’s most festive yard? Thousands visit Illinois home to see hundreds of decorations, topped off by a 33ft inflatable Santa that’s taller than the house!

By Khaleda Rahman For Dailymail.com

For almost ten years, he’s put up an extravagant Christmas display in his yard in Moline, Illinois.

He’s named it Henry’s Christmas Yard after his beloved dog.

It’s gotten so popular that Hildebrand estimates that thousands of people come to visit it every year, he told WQAD.

The festive display gets bigger every year as well – earlier this month, Hildebrand unveiled 2018’s showcase with a staggered 145 decorations.

The pièce de résistance is, of course, the incredible inflatable Santa that’s taller than his house at almost 33ft.

He decided to add it to the display about five years ago.

And it’s stabilized with six 40lb sandbags in each foot as well as six stakes driven into the ground.

Even so, the Santa is so big that it can allow be up if the weather permits it. If winds blow at more than 13mph, it has to be taken down. 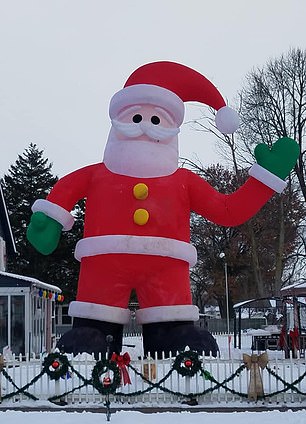 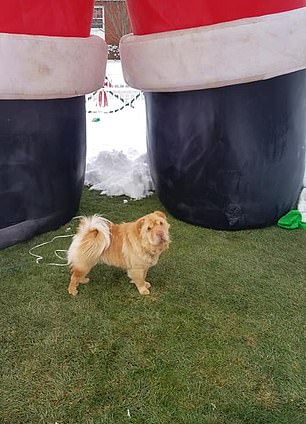 The display, which features a giant inflatable Santa (left) is named it Henry’s Christmas Yard after his beloved dog (right, with Santa) 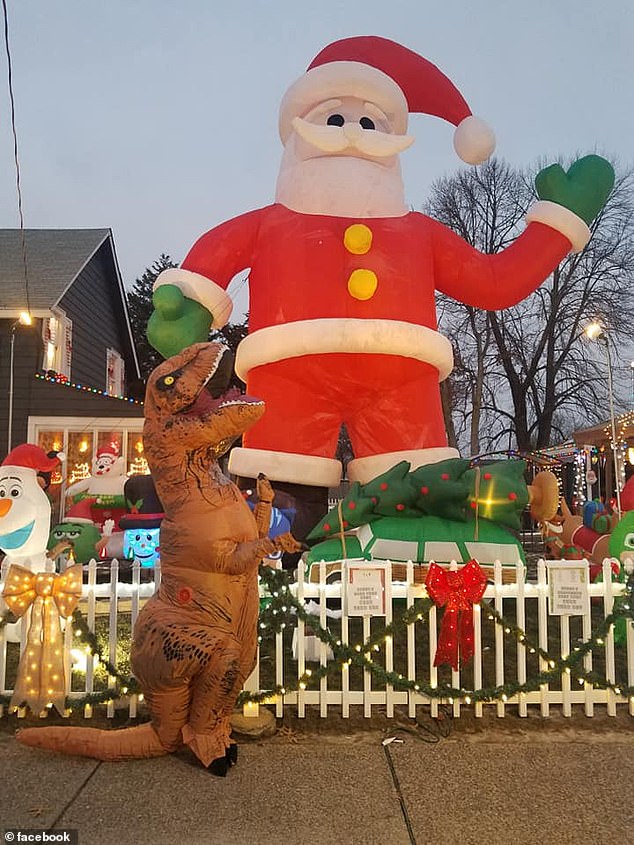 Under Santa’s watchful eye are numerous decorations in the yard, displayed in themed areas: superheroes, dogs, angels, movies and more.

And because of its popularity, a couple of years ago, Hildebrand thought of a way to make the display for a good cause as well.

He’s set up a food drive box for visitors to donate food which is then given to the nearby Tabernacle Baptist Church. 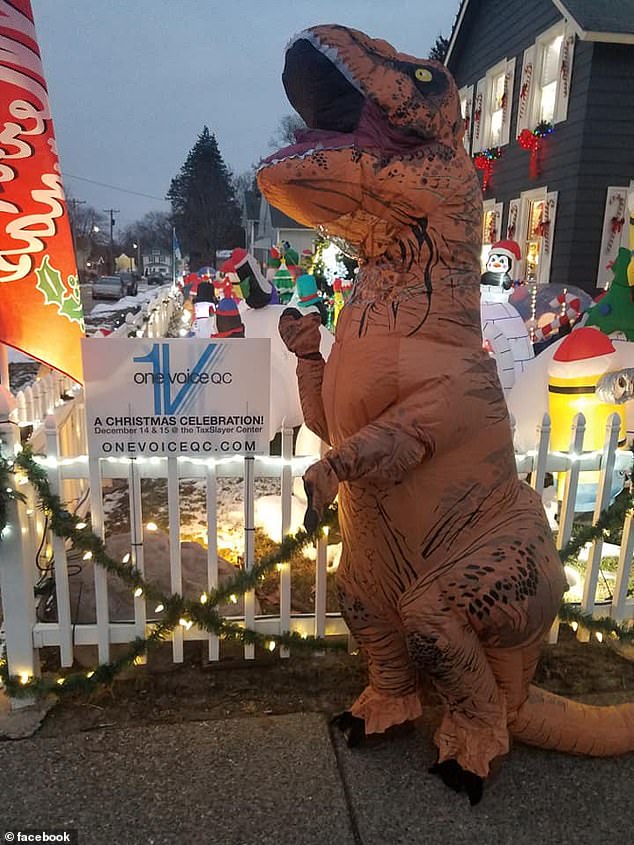 An inflatable dinosaur is seen with the other decorations in the yard, which are arranged by theme

Each year, it has collected about 2,200 canned goods thanks to Hildebrand’s efforts.

The decorations stay up around the clock, but the Santa is only up from 5pm until 10pm, weather permitting.

And Hildebrand estimates that it costs around $12 a day to keep the display running – as lights go on at 5pm.

But he told WQAD: ‘When you see the enjoyment, it’s worth it.’