Is this Britain’s scariest Halloween house?

A couple have transformed their ordinary terraced house in what may be Britain’s spookiest haunted house.

Paul Beck, 51, and his partner David Ball, 61, spent three days transforming their home in Salford, Greater Manchester, into the Hells Gate Cemetery, but began buying props and other parts way back in March.

Their home has become a unlikely tourist spot, with locals and passers-by now keen to inspect the display. 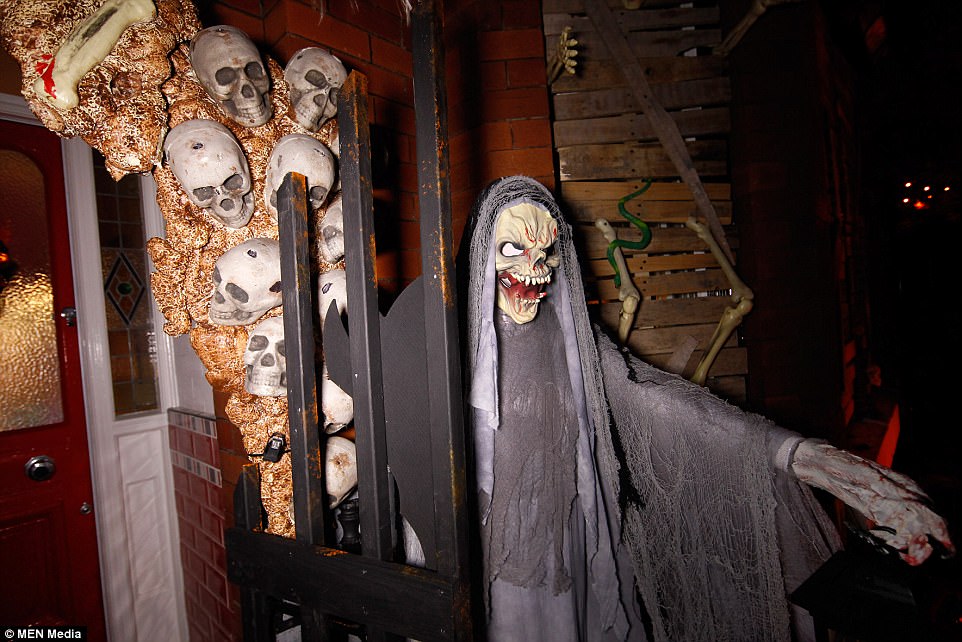 Their home has become a unlikely tourist spot, with locals and passers-by now beating a path to inspect the display

Mr Beck and Mr Ball are using their decorations to raise money for Salford by the Sea, a holiday camp that takes disadvantaged kids from Salford on a holiday in north Wales. 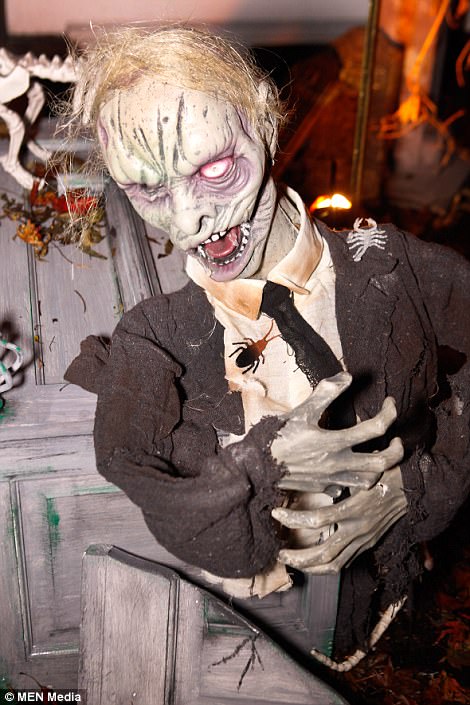 Halloween is their favourite holiday and the couple have been decorating their house for years, each time adding more and more details.

Paul said: ‘We were doing the decorating anyway, it was other people saying we should do it for charity. We wanted to see if we can do some good with it.

‘It’s good fun coming up with the themes, we pretty much make everything from scratch.

‘We go to Disney World Florida a lot so we get good ideas and tips, we see what they do, but on a smaller scale.’

Last year they collected a hair-raising £830 and they hope to raise even more this year for a great cause.

Paul added: ‘It’s quite nice doing local charities. It’s held in really high regard locally, and a lot of people have been to the camp. We’ve had people coming up to us and shaking our hands in the street.’

Although the decorations completely cover their garden as well as the neighbouring houses, they save money by buying them from car boot sales and building everything themselves meaning 2017 has been their cheapest year yet.

Paul, who works as a joiner, builds the structures while David, who is retired, paints everything and adds the special effects.

But their neighbours have been supportive of the decorating and bring their kids down to enjoy the spooky spectacle. 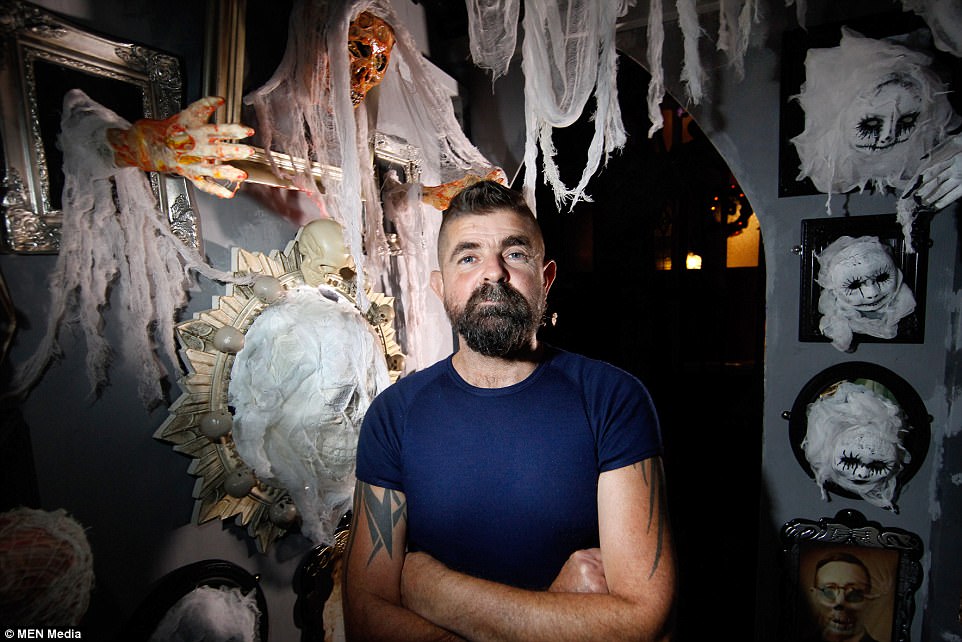 ‘We do our neighbours garden as well, and two years ago we did three gardens so we did both sides. They’re all really supportive.

‘After we’ve done it we said ‘never again’, and we’re not thinking of an idea for next year now. We don’t really start planning it now, it’ll come later.’