Is this PROOF Nick ‘Honey Badger’ Cummins is still single following his time on The Bachelor?

Former Wallabies star Nick ‘The Honey Badger’ Cummins signed on for this year’s Bachelor in the hopes of finding his future wife.

But on Tuesday, rumours began circulating that the 30-year-old sportsman has already split with the winning contestant – rumoured to be either Brittany Hockley or Sophie Tieman.

Less than a week after his debut on Network Ten’s dating show, Hit105’s Stav Abby & Matt revealed ‘clues’ that suggest he could be single again.

‘It was inappropriate!’ Is this PROOF Nick ‘Honey Badger’ Cummins is still single following his time on The Bachelor?

‘Nick Cummins, The Bachelor, does not fall in love, he is not with a girl, he is 110 per cent still single, everything you are watching is going to end in heartbreak in a couple of months time,’ co-host Matthew ‘Matty’ Acton began.

Matty explained that a recent exchange on Instagram raised his suspicions, noting Nick chose to respond to a highly suggestive comment by an attractive female.

The woman wrote ‘I want to be on top of you’, to which Nick responded ‘haha’.

While Nick’s response was brief, Matty claimed: ‘The only one (of more than 170 comments) Honey Badger writes back to is the one from this girl.’

Co-host Abby Coleman played the devil’s advocate, adding: ‘Is that your only evidence? He didn’t say, “yes, get on top of me”. He said “haha”. If you look at past photos, he actually writes back to girls “you’re a good sort”.’ 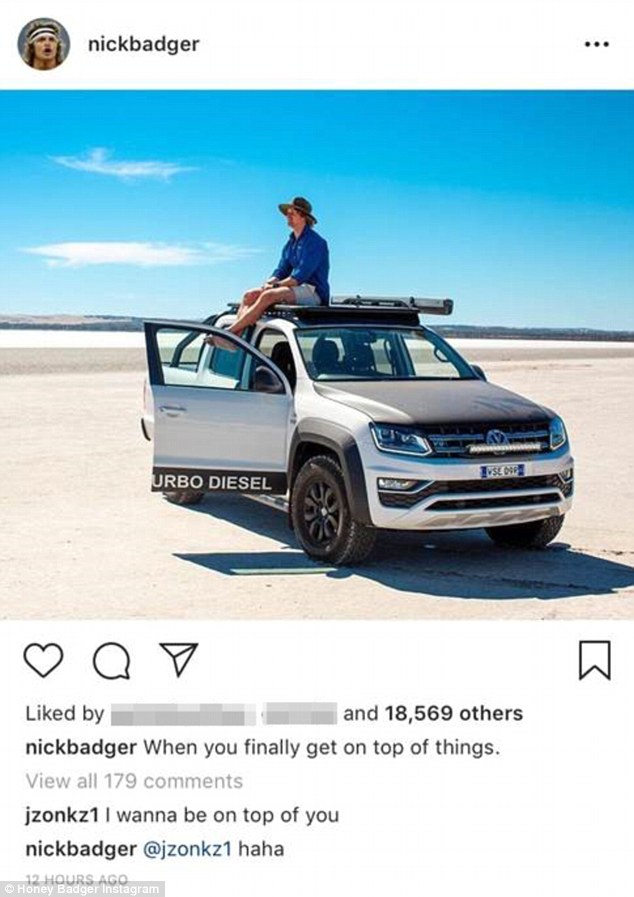 ‘The only one (of more than 170 comments) Honey Badger writes back to is the one from this girl!’ Matty claims the conversation between Nick and his female fan was inappropriate 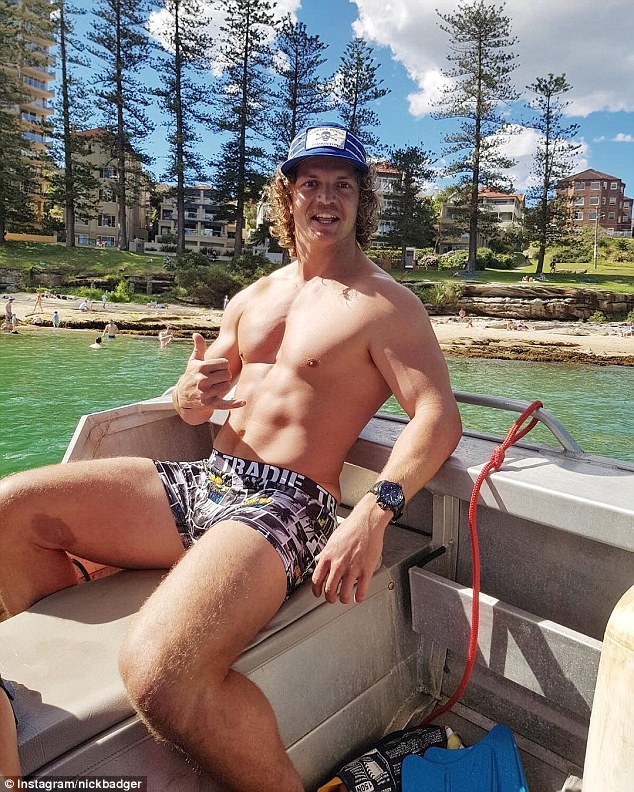 ‘For months he hasn’t been writing back to anyone’: After his co-host played the devil’s advocate by suggesting he responds to plenty of other fans, Matty claimed the star had been notably absent from his Instagram engagement of late

However, Matt interrupted with a bombshell: ‘Not for months! We did some investigating and the producers had a look back, and for months he hasn’t been writing back to anyone.’

The hosts asked Jess (who wrote the comment) to confirm whether the pair were secretly in contact, but she insisted there were no messages exchanged between the pair, despite her desire to be contacted through her DM inbox. 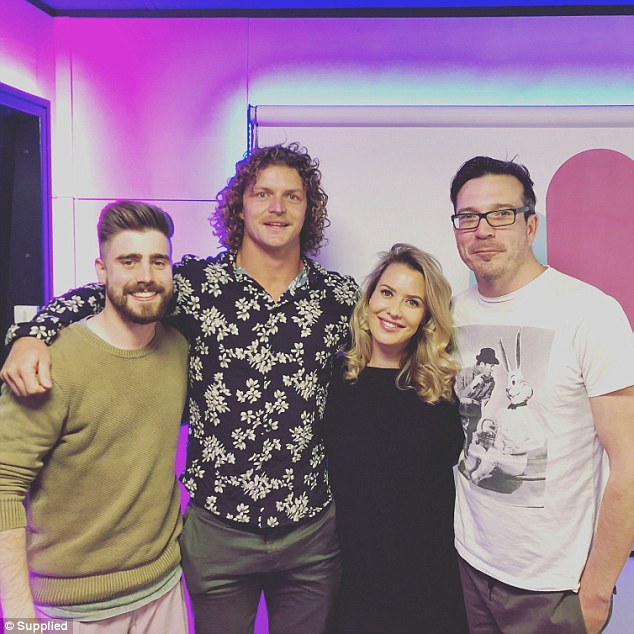 ‘He is not with a girl, he is 110 per cent still single’: Matty was passionate about his suspicions, but hi co-hosts were less than convinced by his ‘evidence’

Daily Mail Australia has reached out to Nick Cummins for comment.

Nick currently has 21 ladies left in the Bachelor mansion vying for his affection.

The Bachelor airs on Wednesday and Thursday nights from 7.30pm on Ten 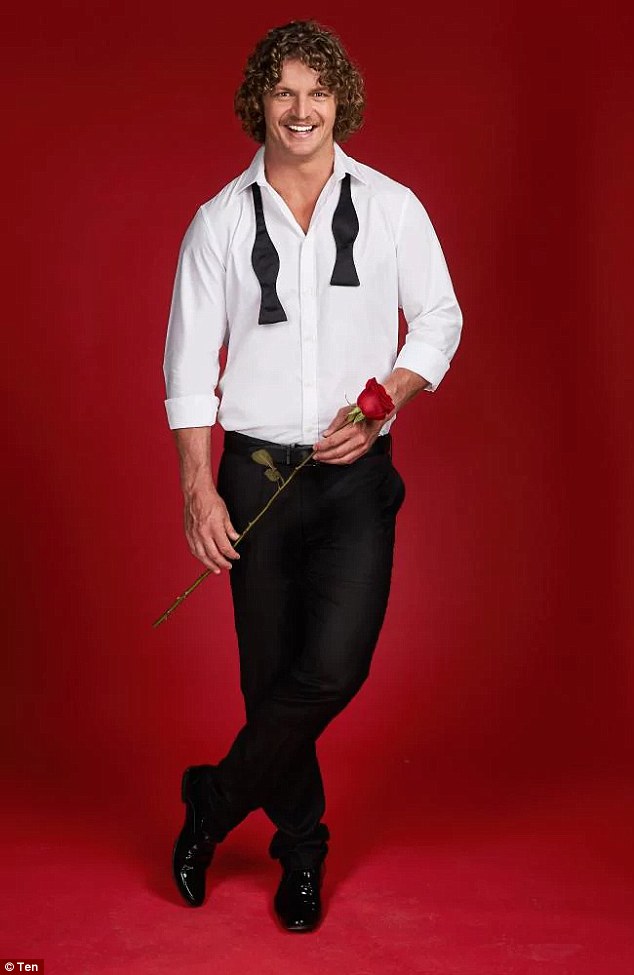 Tune in: The Bachelor airs on Wednesday and Thursday nights from 7.30pm on Ten