Is this the most extra marriage proposal of all time? Stunned locals in Sydney park watch on

It looks like a proposal to die for with a stunning Sydney Harbour backdrop, blindfolded surprise, violin and fireworks – but the glossy video hides a VERY embarrassing truth


Australians out enjoying the sunshine at a park have been treated to a spectacular marriage proposal, as a couple staged a moment that put The Bachelor to shame.

Sydneysiders headed outdoors for picnics on the long weekend after lockdown was eased – with those at Thornton Park in Balmain watching on baffled as a groom-to-be got down on one knee – three times.

Video of the moment shows the couple amid a sea of flowers, candles and fireworks rehearsing the ‘surprise proposal’ as the videographer gave directions and a violinist serenaded the pair.

The hopeful suitor, decked out in a blazer and white shorts, can be seen kneeling before the bride-to-be dressed in high heels and a summer cocktail dress, in front of a large sign reading: ‘Will you marry me?’

After giving directions, the videographer stepped back with his assistants while the violinist launched into ‘A Whole New World’ – the theme from Disney’s Aladdin.

A half-a-dozen small white boxes lining the aisle then began to shoot a steady stream of fireworks into the air.

‘Oh this is the ultimate,’ one bystander laughed.

Groups of families sitting on picnic blankets on the grass overlooking Sydney Harbour watched on mesmerised as the extravagant event unfolded.

The lucky lady was then ushered back to the entrance of the park and blindfolded again to get the perfect reaction shot.

‘The Marriage Proposal 2021,’ the woman who filmed the video wrote.

‘Three times, note her carefully choreographed laugh and kiss perfectly repeated. Closeups and fireworks and they went back and restaged him walking her in blindfolded to get her surprise proposal.’ 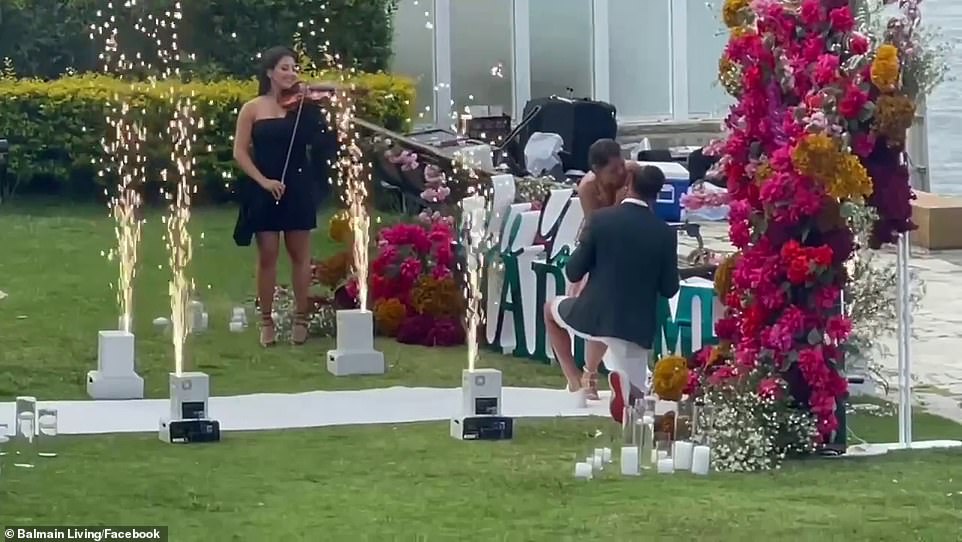 Take two: those out for picnics in the park watched on mesmerised at the extravagant event 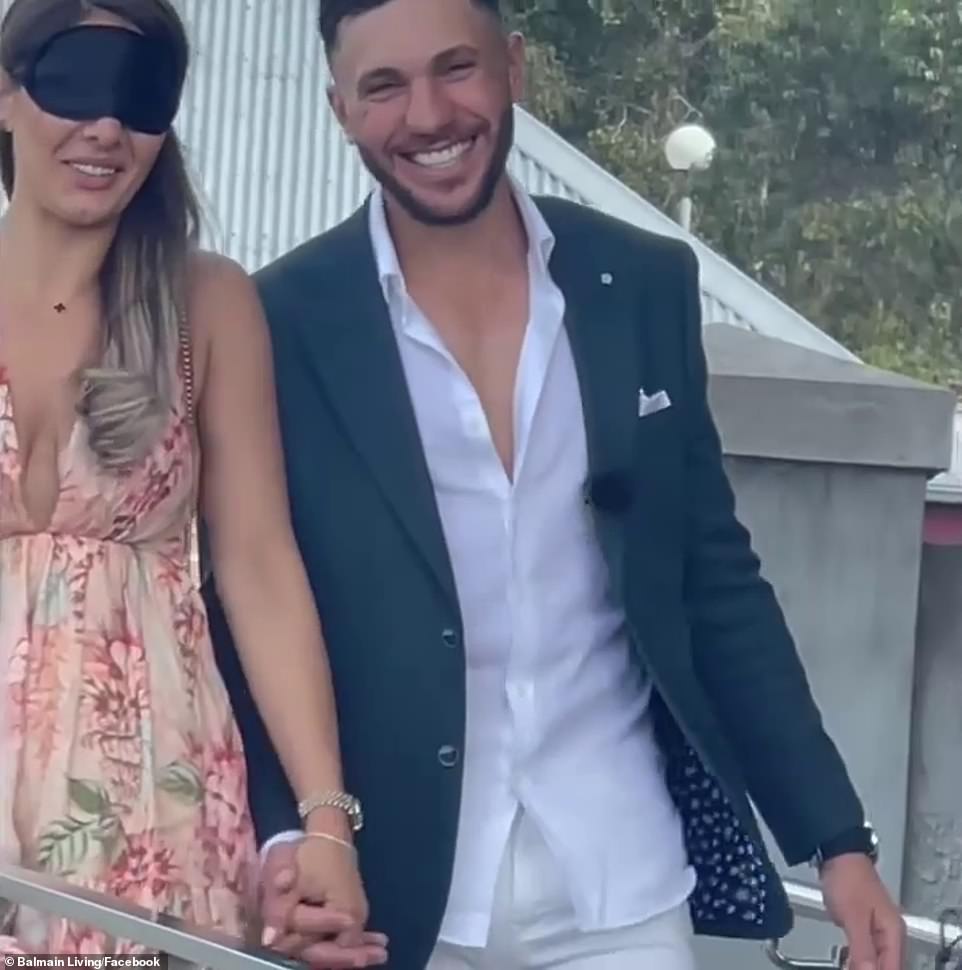 Viewers commenting on the video were divided as to whether to moment was over-the-top or a delightful way to celebrate and spend cash after months of lockdown.

‘Not for me but who are they really hurting?’ one person said.

‘Absolutely no-one. Bet the struggling florists were happy, the caterers thrilled and the violinist who hasn’t played for months loved it. Good luck to them.’

‘It was a lot but it made out afternoon very entertaining,’ another agreed.

Though others were less gracious.

‘Moon landing wasn’t even this staged,’ one person said.

‘Least romantic proposal I’ve ever seen. Especially with the massive audience in the park,’ added another.

Some were even annoyed the couple had used up so much space in the small park and though the example they were setting on social media was negative.

‘They actually reserved one third of the bottom park section and the proposal took place at 5pm, not very considerate,’ one person said.

‘It’s harmful to convince others they need to go to this sort of level to show love. These influencers have a lot of power… and they’re profiting making others feel like their lives aren’t good enough,’ another added. 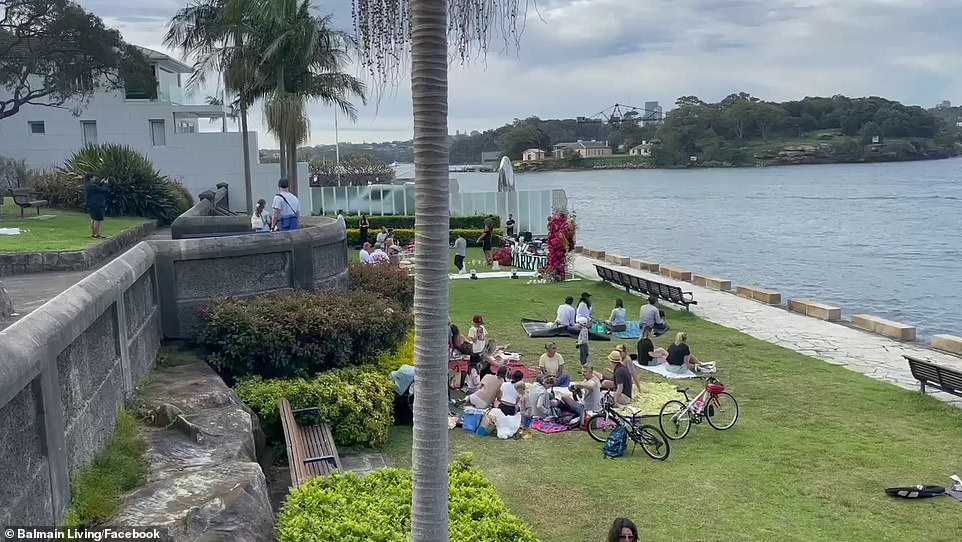