Is this the real-life bad girl of Pride and Prejudice?

Is this the real-life bad girl of Pride and Prejudice? Tiny portrait shows ‘pretty girl’ who was once engaged to Jane Austen’s brother and said to be inspiration for the scandalous Lydia Bennet

A newly-discovered portrait of the young woman that was said to have inspired the gleeful bad girl of Jane Austen’s ‘Pride and Prejudice’ has been brought by the museum at the novelist’s cottage.

The painting, which was acquired from the art dealer Philip Mould, portrays Mary Pearson, who was briefly engaged to Austen’s brother Henry back in 1796.

On Tuesday, Jane Austen’s House museum in Chawton, Hampshire, announced the news it had acquired the 3½in portrait – the only known one of Pearson.

Lydia is the youngest and wildest Bennet daughter, who took after her mother.

She is described as having ‘high animal spirits and a sort of natural self-consequence.’

Lydia is attractive and charismatic, but she is also reckless and impulsive.

She runs away with George Wickham and is ruthlessly exploited by Wickham for her wild romantic spirit and impetuous nature.

After getting engaged to Wickham, things were ended altogether after just a couple of months.

Her engagement to Wickham represents a relationship that is based on physical gratification.

Sophie Reynolds, collections and interpretations manager of the Jane Austen’s House museum, said that the tiny portrait came with ‘such a wonderful story’.

‘As a pretty girl who jumped into a short-lived engagement with a dashing young soldier, Mary is said to have inspired the character of Lydia Bennet — the officer-obsessed teenager who eloped with the notorious Mr Wickham,’ Reynolds told The Times.

Austen knew Mary, the daughter of the naval officer Sir Richard Pearson, pretty well because she was engaged to her favourite brother Henry, a militia officer.

It was a hasty engagement and after ending things altogether after just a couple of months, Henry married his cousin Eliza Hancock in 1797. Mary didn’t marry until nearly 20 years later.

At the time of Mary’s engagement, Eliza described her rival as an ‘intolerable flirt’ who gave herself ‘great airs’. ‘She is a pretty wicked looking girl, with bright black eyes,’ she added. 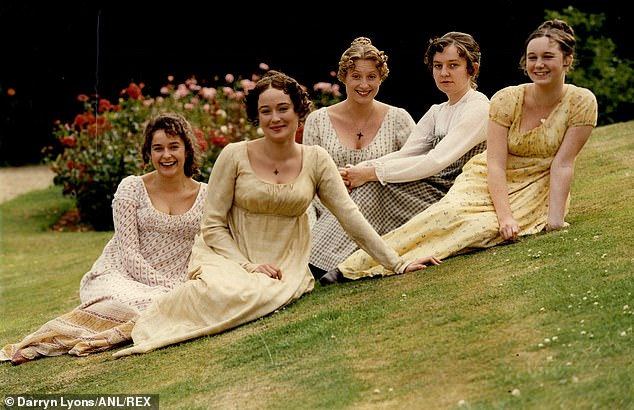 It was believed that the newly-acquired portrait was Mary’s attempt to get back on the marriage market.

Meanwhile, Austen began writing Pride and Prejudice in about 1796, leading to the theory that Henry and Mary were the basis for Wickham and Lydia – who was played by Julia Sawalha in the classic BBC TV drama.

‘There is a theory that she inspired Lydia Bennet and there are striking similarities between the characters,’ Reynolds said to The Guardian.