Comedian Isaac Butterfield has taken a swipe at an American nutritionist for listing the biggest culture shocks she discovered while living in Australia.

Last month, Emily Keefe, 24, known as Healthy Emmie on YouTube, shared the things she couldn’t stand when she was working as a teacher in Melbourne after moving from Boston for 12 months.

In one of her videos about living Down Under, Emily said: ‘Isaac, if you want to make a video about this, I’ll watch it while I’m eating my sushi.’

In retaliation, the 25-year-old Australian stand-up comedian – who has more than one million YouTube subscribers – fired back at the ‘American Vegan’ because she ‘couldn’t handle Australia’. 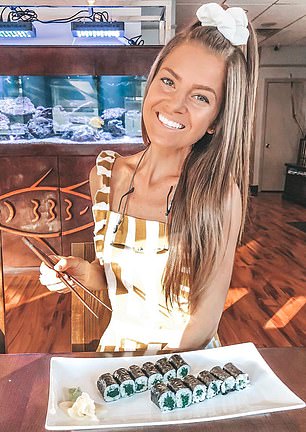 Emily said she ‘learned the hard way’ after she raked up more than $1,000 in speeding fines during her 12 month stint in Melbourne.

‘If you work for the Australian Government, there is a very large chance I single-handedly paid your yearly salary,’ she laughed.

In response, Isaac said: ‘You’ve never been to Bankstown. They’ll do 100km/hour doing a doughnut with blue smoke coming out of their tyres – and that’s just in the Macca’s drive-thru getting a large cappuccino.

‘Speeding cameras in Australia… they save lives. Well at least for the 100 metres leading up to the speed camera and the 100 metres afterwards, and then everyone just f***ing floors it.

‘But hey, the politicians need those fines paid because how else will they have enough funding?’

Emily said she was very confused when Australians referred to McDonald’s as ‘Macca’s’.

‘Stop, you Americans call Macca’s McDonald’s. The reason we get to dictate what you call it is because the first-ever McDonald’s actually opened in Australia in 1952,’ Isaac joked.

‘It was only a small restaurant but its owner Sir Donald Bradman opened it in his hometown of Bowral – not many people know this that’s what the first-ever Macca’s actually opens its doors. The 99.94 burger was the first one released then the Americans stole it.’

In the video, Emily also referred to McDonald’s as ‘MCD or Mickey D’s’, to which Isaac said: ‘Okay listen you Americans need to stop f***ing inventing names.’ 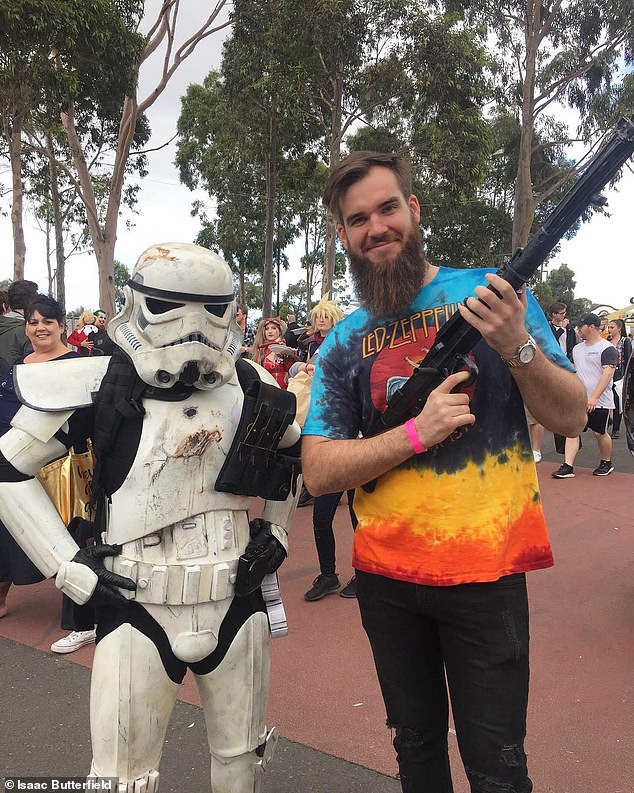 In retaliation, the 25-year-old stand-up comedian – who has more than one million YouTube subscribers – fired back at the ‘American Vegan’ because she ‘couldn’t handle Australia’

Emily said in her video: ‘The Australians don’t use pennies, I actually did not realise this until the very end of my trip there because I use my card all the time.’

The ‘penny’ dropped when she realised she didn’t get any change back after filling her car up with petrol one day.

‘You don’t need f***ing pennies love. Why? How tough is your life that you’re relying on pennies,’ Isaac responded.

‘If you’re a smart young Australian, what you’ll do is you go to the petrol station… when I was young I was doing tough, I’ll put 20 bucks in, I put $20 and two cents in because you get two cents for free.

‘Over a period of let’s say 52 years, I haven’t done the maths, you’re gonna get a free tank of petrol – that’s almost two free tanks in a lifetime if you live to 104 years old.’

‘In the United States, we don’t tap, we’re not as cool as you Australia,’ Emily said.

Isaac responded, saying: ‘Who carries cash? I tap everything mate. I walk through, I’ll tap this, tap that. I’ll buy bananas, tap, tap, tap, you don’t even think about it.’ 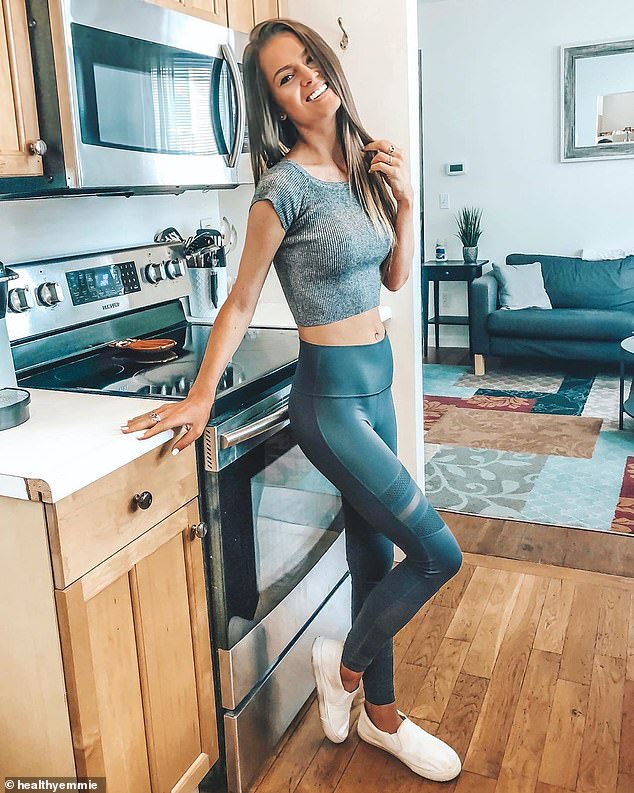 In her video, Emily said she didn’t understand why Australians referred to ‘petrol’ instead of ‘gas’.

Isaac responded: ‘You don’t understand the word petrol? It’s petroleum. You Americans love shortening s***, so do we. Petroleum, cut it up, you’ve got petrol.’

Emily said another expression she wasn’t used to hearing was ‘that’s okay’, which means ‘no problem’, ‘no worries’, or ‘no drama’.

Isaac responded: ‘Emmie, how do you have a problem with this? No one’s freaking out about that, no one’s protesting in the streets over “that’s okay”, if somebody says “that’s okay”. 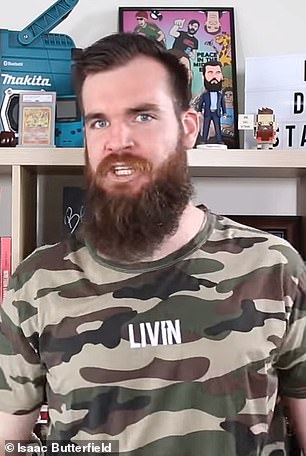 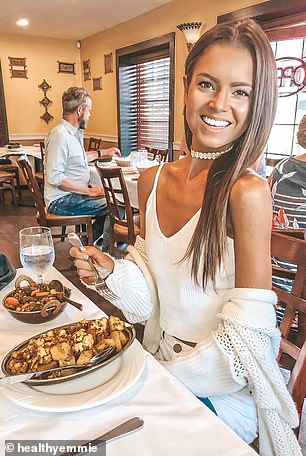 Emily said she thought WiFi in Australia ‘sucks’, to which Isaac happily agreed with her

Emily said she was dragged through the coals after she pronounced ‘Aussie’ in an unusual way.

‘It’s “Aussie”, okay? And anything else is highly racist and just a hot tip it might sound phonetically as “Ozzy” but it’s spelled “Aussie”,’ Isaac said.

‘The use of the word “toilet”. In Australia, instead of saying “bathroom”, everybody says “toilet”,’ Emily said.

‘Australia listen you’re amazing, but the WiFi in Australia sucks,’ Emily said, to which Isaac happily agreed with her statement.

‘Are you talking s*** about our Wi-Fi? You’re 100 per cent right. Our WiFi is absolutely terrible, Emmie, you’ve hit the nail on the head,’ he said.

‘Guess what? I’ve forgiven you for everything else for nailing that on the head and telling the Australian government they should be f***king ashamed of themselves.’