By Abe Hawken For Mailonline and Reuters

A woman has died and 20 people have been injured after an earthquake rocked a volcanic island just off the coast of Italy.

The earthquake, which measured 3.6 on the Richter scale, hit the tourist spot of Ischia, near Naples, on Monday evening.

It caused several buildings to collapse before residents and tourists ran out on to the busy streets. 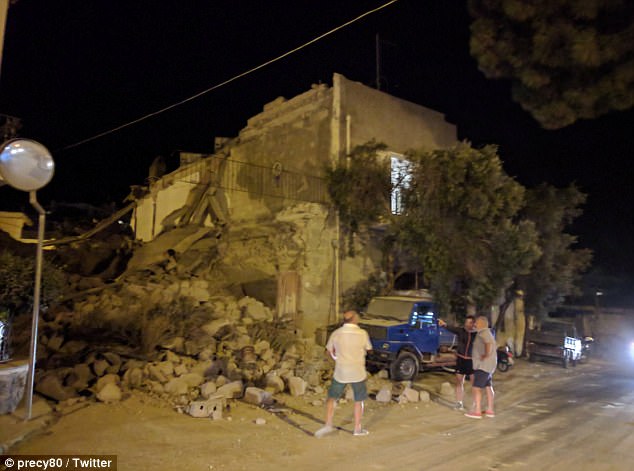 Footage and pictures showed around six buildings – as well as a church – in the town of Casamicciola had collapsed.

Italian publication ANSA reported a woman had died following the building and several people remain missing, while others are injured.

There were reports of a number of people injured in the quake, which took place at the height of the summer tourist season. The island’s hospital was evacuated.

Police and firefighters rushed to the scene after buildings in the town started to fall to the ground.

ANSA reported: ‘There were moments of fear because the earth trembled all over the island.

‘In the houses there were fallen objects, furniture and in shops the goods fell off the shelves. Everyone in the street flocked to shops and restaurants.’ 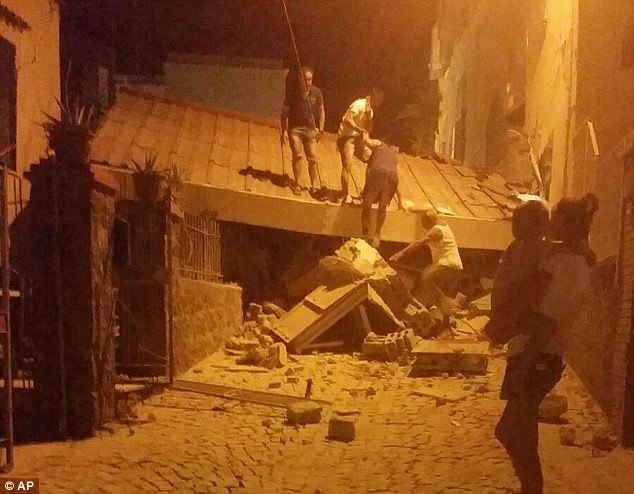 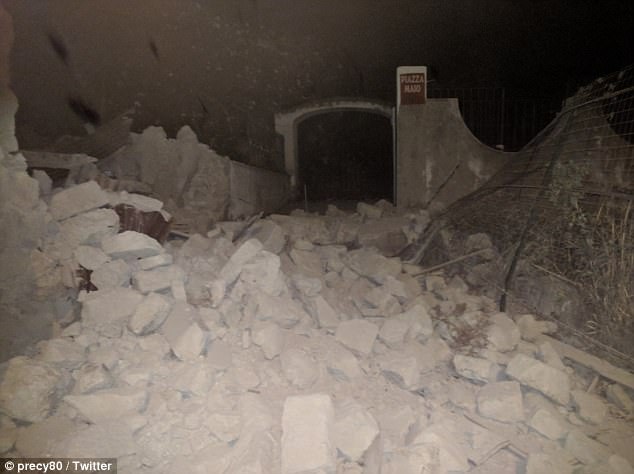 Houses and buildings were reduced to rubble following the earthquake, which measured 3.6 on the Richter scale 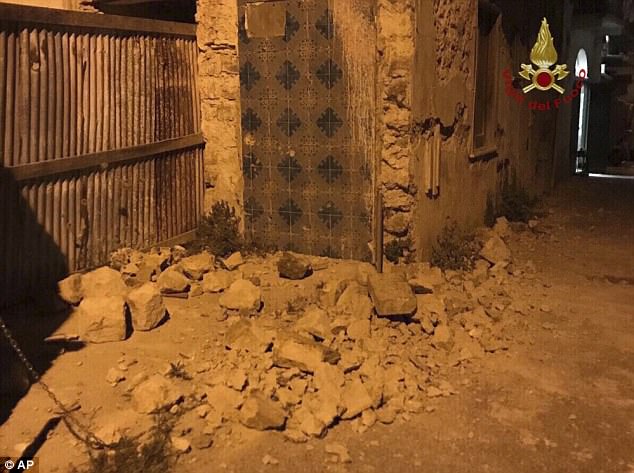