Isco confused after being dropped from Real Madrid squad for Roma

Real Madrid qualified for the next round of the Champions League on Tuesday night by defeating Roma, but they did it without Isco.

The Spaniard was left out of the match day squad by manager Santiago Solari, which raised a few eyebrows.

No one appeared more confused than Isco himself, who reportedly had to ask whether or not he should go into the team’s dressing room.

Isco pictured in training for Real Madrid’s match against Roma, but he never made the squad 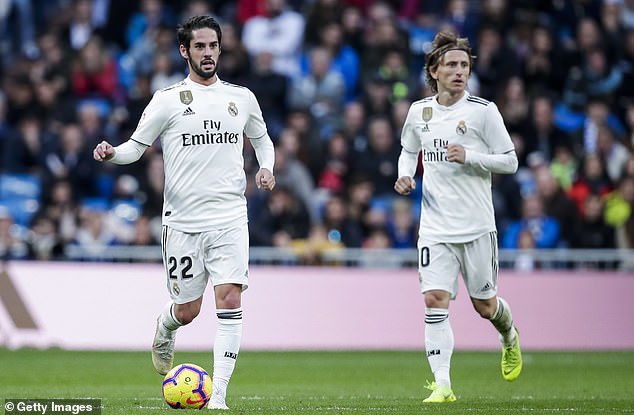 According to Marca, ‘Isco was so embarrassed that when he arrived at the stadium, he asked Garcia-Coll (a key figure between the club and the dressing room) if he had to go into the dressing room.’

You can see in the YouTube video above Isco arriving at the stadium, looking confused at where he was supposed to go.

It was a unique occurrence for Isco, who has been one of Real Madrid’s star players since arriving in 2013. However, he hasn’t featured in Real Madrid’s starting lineup since Solari took over as first team coach earlier this month.

Isco was Spain captain for their match against Bosnia, but was on the bench for the start of Real Madrid’s shock defeat at Eibar. 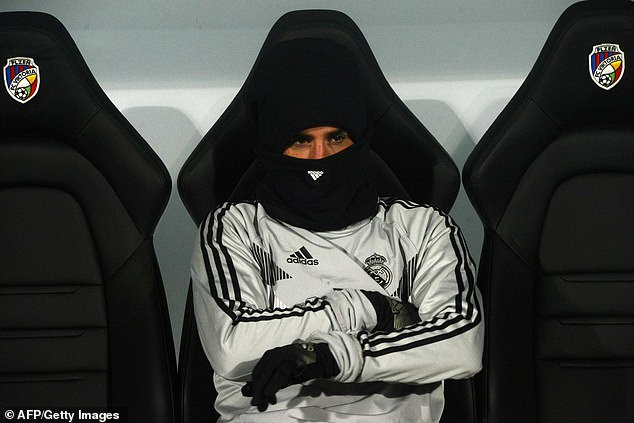 There are rumours that there has been a falling out between Isco and his manager following a training ground incident.

Marca reports that the coach asked during one particular session for the team in possession to count each pass they made. Isco is said to have replied that they already had too much to concentrate on without counting.

Whether Solari saw this as a sign of disrespect and is deciding to punish Isco, or whether his exclusion is a tactical decision remains to be seen, with the manager refusing to comment much on the situation.

There has been mounting pressure on Solari to make better use of Isco, but the important win over Roma on Tuesday may have alleviated some of that.