An ISIS fanatic who was dubbed ‘The Dentist’ and hoped to behead people with a pocket chainsaw has been jailed for 22 years after a judge branded him a ‘ticking time bomb’.

Sajmir Alimehmeti, 26, who lived in an apartment in the Bronx, was sentenced on Friday by US district judge Paul Englemayer, who listed the terrifying stash of weapons he amassed.

Sajmir Alimehmeti, 26, was sentenced on Friday by US district judge Paul Englemayer, who listed the terrifying stash of weapons he amassed

Judge Englemayer said it was impossible to conceive of a ‘benign reason’ for Alimehmeti to ‘stockpile weapons that would be used to restrain, gut, or decapitate a human body’, according to the New York Post.

Alimehmeti reportedly used coded language when referring to places he wanted to travel to ‘brush his teeth’.

Prosecutors also said that he claimed he watched ISIS beheading videos to keep himself motivated while exercising.

He allegedly initially tried to travel to the Middle East to join ISIS twice in 2014 but was stopped by British authorities both times. 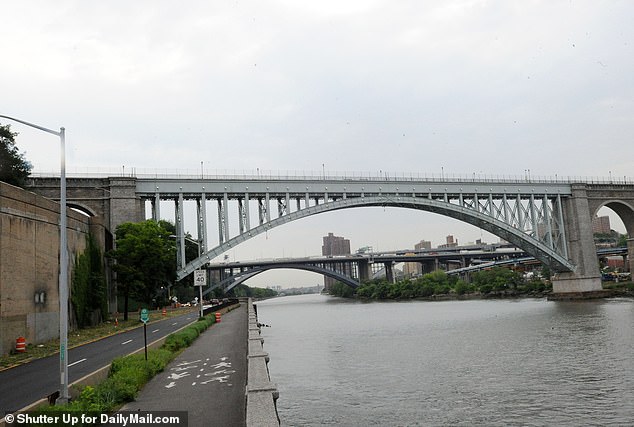 He is accused of being stopped at Manchester Airport in October 2014 when security found nunchucks and camouflage clothing in his luggage.

And i he is accused of trying to get to the Middle East again in December that year but was stopped by security at Heathrow Airport in London when they found images of ISIS fighters and improvised explosive devices on his cellphone.

UK authorities then informed the FBI who began an investigation into Alimehmeti.

Defense attorney Susan Kellman said Alimehmeti had struggled to fit in after moving to the US aged six from Albania.

She claimed he was radicalized as a teenager during a stint for robbery in the Fishkill Correctional Facility by Mohamed Mamdouh, one of the masterminds behind a foiled plot to blow up a Manhattan synagogue in 2011.

In addition to 22 years in prison, Alimehmeti also was sentenced to five years supervised release.