‘Two years jail is enough’: Sydney jihadist who gave the one-finger ISIS salute during his trial for trying to joining the terror group walks free from jail – because the judge says he’s of GOOD CHARACTER

A young wannabe Islamic State fighter who was stopped at Sydney Airport as he tried to fly to Syria is to walk free from jail after being handed a five-year good behaviour bond.

Moudasser Taleb, who had no plane ticket and little money when arrested in June 2017, was found guilty by a jury in April this year of preparing to travel to Syria for the purpose of engaging in hostile activities.

The defence had claimed Taleb had no intention of engaging in warfare or was mentally ill at the time.

Taleb was 22 years old when he was caught at the airport in June 2017.

He told police he was a tourist and not a terrorist while wearing military clothing.

Taleb was later found to have videos on his phone of beheadings, people with ISIS flags and battlefields.

He was previously seen giving the one-fingered ISIS salute when he appeared at court in April.

Dressed in orange prison jumpsuit and dark green velcro sneakers, Taleb made the gesture as he was taken from the court in handcuffs.

The judge found him to be of good character despite his crime.

Taleb was found to have schizophrenia after he entered custody.

‘I accept his mental illness had a significant impact on his moral culpability,’ Justice Hamill said, referring to a diagnosis of schizophrenia after Taleb’s arrest. 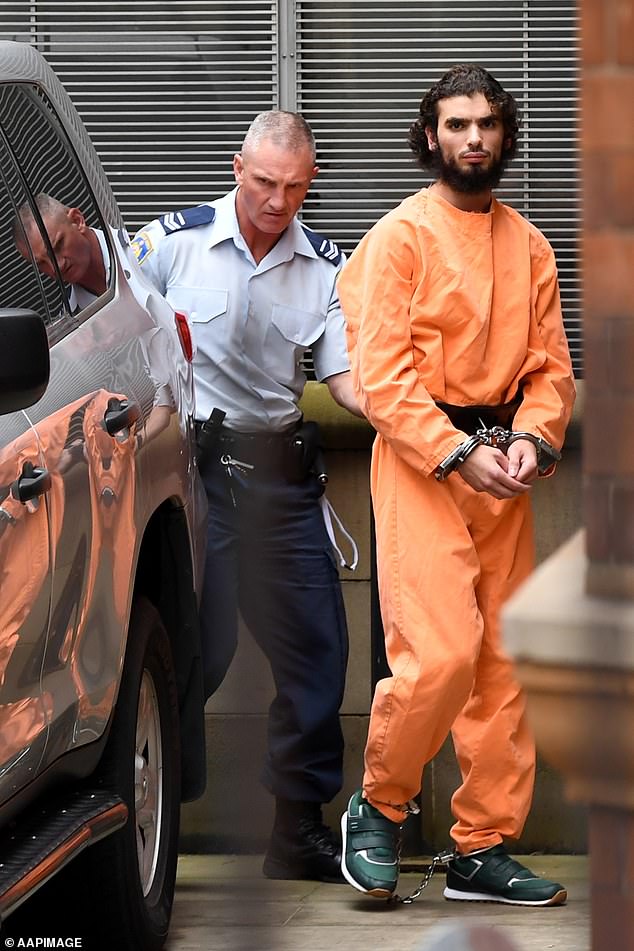 Justice Hamill said he was in no doubt the decision to place Taleb on a good behaviour bond would be criticised by public commentators ‘who think no sentence is ever long enough’.

But he said all the facts before him ‘cry out’ for a sentence that would allow ‘the young, mentally ill and vulnerable offender’ the chance of rehabilitation.

The judge said Taleb knew what he was doing was illegal but added he wouldn’t have headed to the airport without the ‘quite appropriate’ intervention and encouragement of an undercover police officer.