A crocodile-infested river is being searched by police divers looking for the bodies of a British botanist and his wife who were kidnapped by a gang with links to ISIS.

The latest suspect arrested in connection with the disappearance of Rod and Rachel Saunders led officers to the banks of the Tugela River, in a remote corner of Kwa Zulu-Natal, South Africa, where he allegedly confessed to dumping their bodies.

Malawian Ahmad ‘Bazooka’ Jackson Mussa told detectives he had helped dispose of the murdered plant enthusiasts, whom he had wrapped in their own sleeping bags at the mouth of the river, which has been swollen by heavy rain. The river is home to many crocodiles which are said to have hampered this weekend’s search.

A suspect arrested in connection with the disappearance of Rod and Rachel Saunders (pictured) led officers to the banks of the Tugela River, in Kwa Zulu-Natal, South Africa

The arrest of Mussa, following a five-week manhunt, is the biggest breakthrough in the search for the popular couple, who lived in Cape Town, who were harvesting seeds on a hillside on 10 February when they were snatched as part of an ISIS-inspired plot.

A search party involving boats and divers has been at the beauty spot since Friday, including tracker dogs working the river bank for clues to narrow down the search area.

Although the team were positive of finding something to boost the investigation, there was a chance that corpses might already have been eaten by crocodiles or swept out into the sea.

The search is being monitored by members of the FBI and Scotland Yard, alarmed at the apparent existence of an ISIS cell in South Africa.

Mussa became a wanted man when police found his passport on February 15 at the home of Isis suspects Sayfydeen Aslam Del Vecchio, 38, and his wife, Fatima Patel, 27. 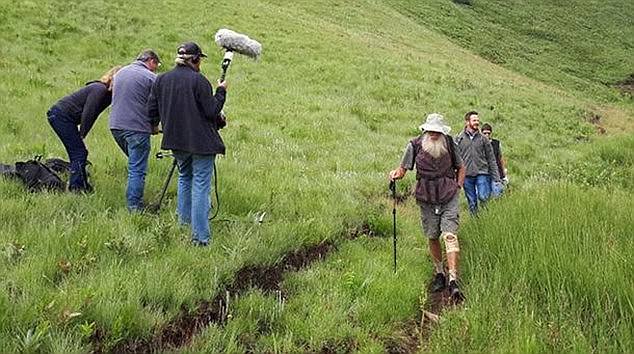 They have since appeared twice in court charged with the kidnapping, assault and robbery of the missing couple. The pair, who were on a terror watch list before the kidnapping, also face charges under the Terrorism and Related Activities Act.

At a recent bail hearing, phone messages between the couple revealed they had targeted the Saunders as part of a plot to ‘kill the kuffar (non-believers) and abduct their allies, to destroy infrastructure and to put fear in the heart of the kuffar’.

Mr and Mrs Saunders were stalked as they searched for rare plants and seeds unaware of the chilling plan to snatch them. In the days leading up to their kidnap, they had taken part in a special episode of the BBC’s popular Gardeners World programme, and presenter Nick Bailey had taken a selfie with the couple, one of the last pictures ever taken of them. 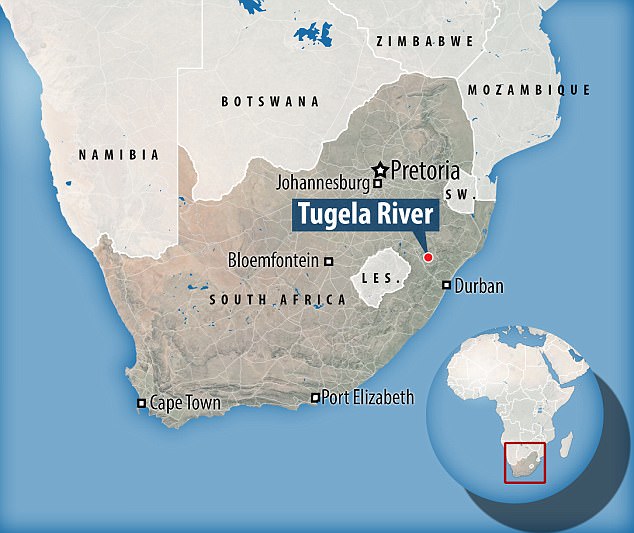 Mr and Mrs Saunders bodies had been dumped in the crocodile-infested Tugela River, according to a suspect

Messages retrieved from the phones of two of three suspects arrested in the wake of the couple’s disappearance reveal the innocent pair were victims of a terror plot targeting the ‘kuffar’ –non-believers in Islam – whose bodies are ‘never found’.

The couple had built up a successful business from their home in Kenilworth, Cape Town, selling seeds of rare flowers online to enthusiasts around the world.

Their off-road vehicle was found 150 miles from their last sighting, with blood from Mrs Saunders, 64, found in the boot. 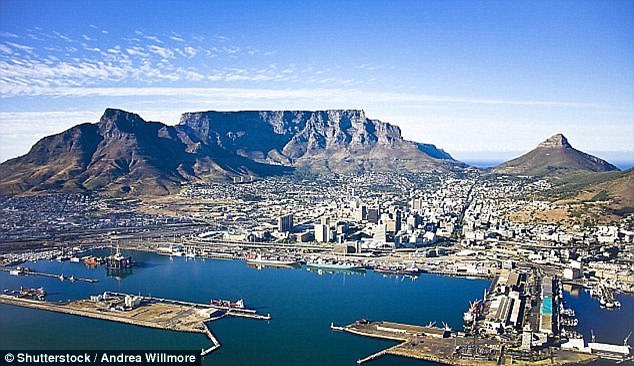 The couple lived in Kenilworth, Cape Town and they ran a successful business selling the seeds of rare flowers online to customers around the world