A German woman who joined ISIS has gone on trial today accused of letting a five-year-old Yazidi ‘slave’ girl die of thirst.

Prominent human rights lawyer Amal Clooney is part of the team representing the dead girl’s mother, but she is not expected to appear in the Munich trial on Tuesday.

The defendant, Jennifer Wenisch, 27, faces life in jail if found guilty of committing a war crime, murder, membership in a terrorist organisation and weapons offences.

The case against her is believed to be the first anywhere in the world for international crimes committed by ISIS jihadists against Yazidis.

According to news weekly Der Spiegel, the defendant, herself the mother of a small girl, confessed while talking to an undercover FBI informant in a bugged car.

German prosecutors allege her ISIS husband had purchased the Yazidi child and her mother – a co-plaintiff in the trial – as household ‘slaves’ and held them captive while living in then occupied Mosul, Iraq, in 2015.

‘After the girl fell ill and wet her mattress, the husband of the accused chained her up outside as punishment and let the child die an agonising death of thirst in the scorching heat,’ prosecutors charge.

‘The accused allowed her husband to do so and did nothing to save the girl.’ 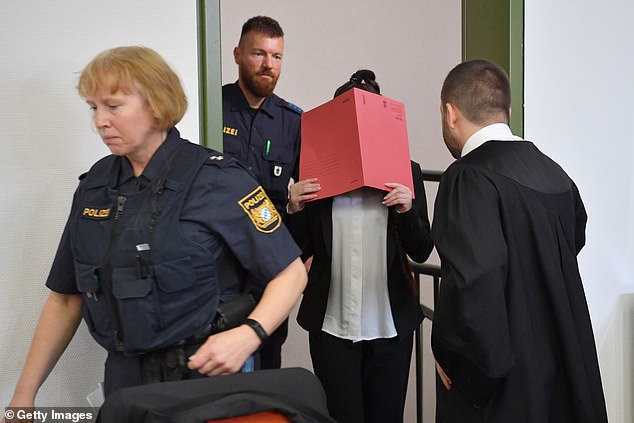 The former ISIS ‘morality policewoman’ reportedly left school after the eighth grade, converted to Islam and travelled via Turkey and Syria to Iraq where she joined ISIS 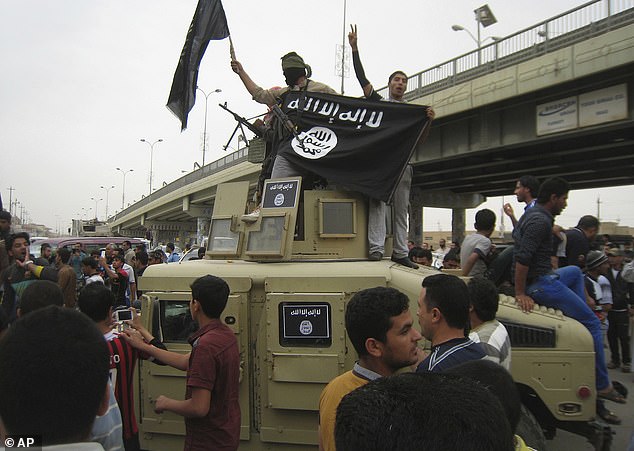 German media said the defendant’s husband, Taha Sabah Noori Al-J., had beaten both the Yazidi mother and child, and that Wenisch allegedly also once held a pistol to the woman’s head.

Wenisch, who reportedly left school after the eighth grade and converted to Islam in 2013, left Germany in August 2014 and travelled via Turkey and Syria to Iraq where she joined the ISIS.

Recruited in mid-2015 to an ‘anti-vice squad’ of the group’s self-styled Hisba morality police, she patrolled city parks in ISIS-occupied Fallujah and Mosul.

Armed with an AK-47 assault rifle, a pistol and an explosives vest, her task was to ensure that women complied with IS behaviour and clothing regulations, said prosecutors.

In January 2016, months after the Yazidi child’s death, Wenisch visited the German embassy in Ankara to apply for new identity papers. 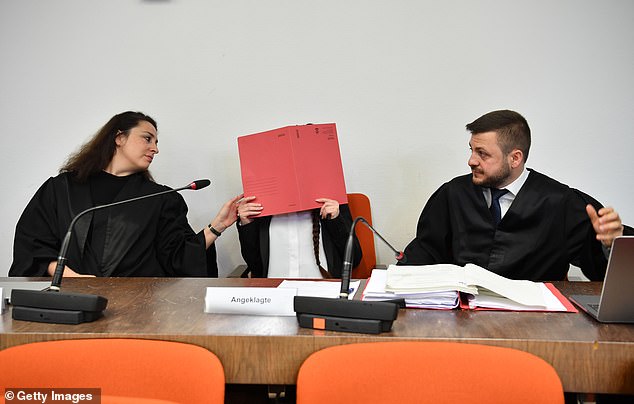 Her task was to ensure that women complied with ISIS behaviour and clothing regulations, prosecutors claim 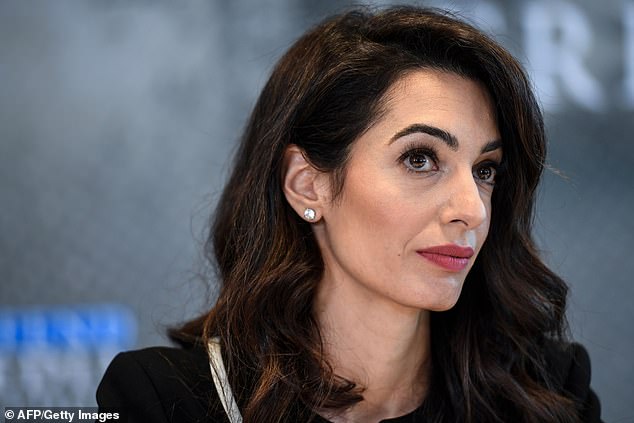 When she left the mission, she was arrested by Turkish security services and extradited several days later to Germany.

For lack of actionable evidence against her at the time, she was allowed to return to her home in the German state of Lower Saxony, but quickly sought to return to ISIS territory.

Der Spiegel reported that an FBI informant had posed as an accomplice who offered to take Wenisch back to the ISIS ‘caliphate’, and chatted with her in a bugged car while they drove through Germany.

Wenisch allegedly said that the death of the little girl had been ‘hard-core even for the ISIS’ and unjust because only God had the right to use fire as punishment.

Her husband had later been beaten as punishment by ISIS, she said.

Police followed close behind her vehicle for several hours and listened to a live audio feed as Wenisch spoke and then arrested her at a highway stop.

Clooney, the wife of Hollywood star George Clooney, has been involved in a campaign with Nobel Peace Prize winner Nadia Murad, a former ISIS sex slave, to have the crimes against the Yazidi minority be recognised as a ‘genocide’. 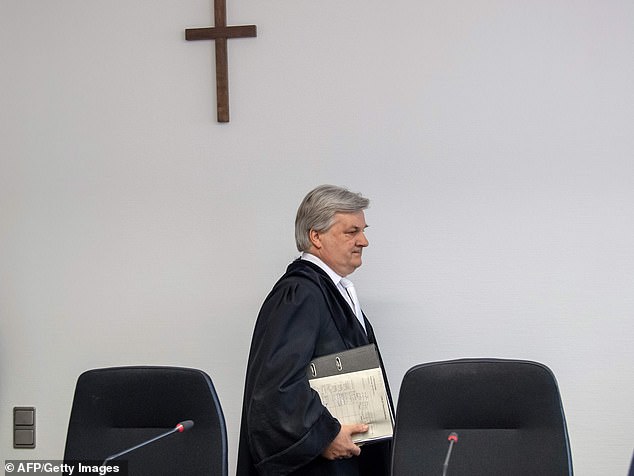