ISIS has claimed to have killed 362 people in 92 attacks around the world in just three days following the collapse of its so-called ‘caliphate’.

The terror group said it used suicide bombers as well as landmines and assassins to carry out a ‘revenge invasion’ following its expulsion from Baghouz, Syria, last month.

It claimed responsibility for attacks in 80 cities across the world, including a blast in Kolomna, near Moscow. 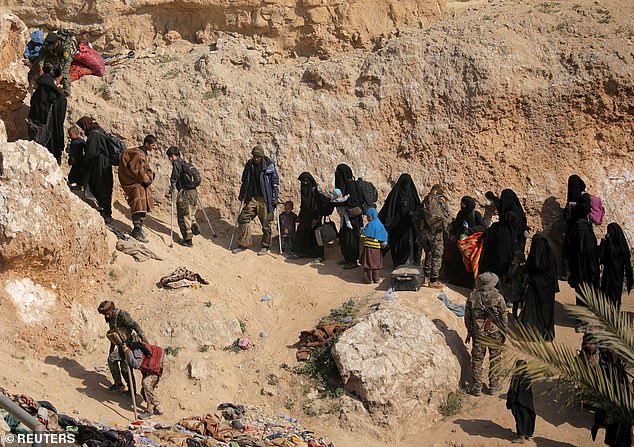 Statements from the group said they were responsible for 14 attacks in Iraq, ten in Syria, as well as ones in Africa, Somalia, Afghanistan, Libya, Egypt and the Caucasus from April 8 to 10, the Times reported.

But analysts have argued some of the strikes outside of Iraq and Syria could not have been ISIS-led.

The Kolomna explosion, which saw one person injured, had no evidence supporting a terror attack and authorities believe it was a gas leak.

Random attacks in Libya, Sinai and Syria however, may have been coordinated by the group.

Terrorists stormed security forces’ houses in Libya in the early hours and killed a number of soldiers and officers before taking people hostage.

Security staff were also set upon in Egypt’s Sinai Peninsula – with an ISIS suicide bomber blowing them up alongside civilians.

Back in Syria, where the group had been based until March 23, fighters also killed two Kurdish military figures. 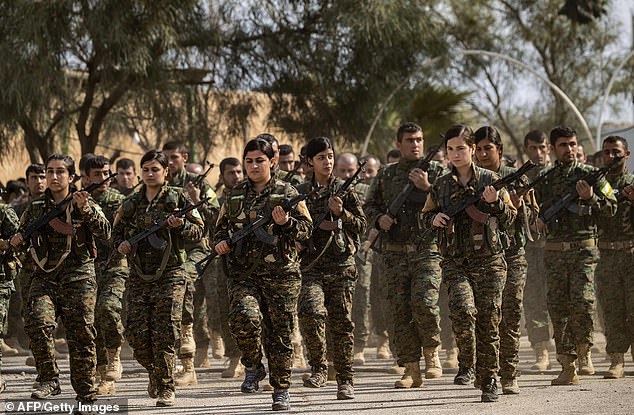 It comes after ISIS spokesman Abu Hassan al-Muhajir hit back at claims by the White House that the group had been wiped out in Syria last month.

In a rambling 44-minute recording, he said the claims were confused and ordered for a counteroffensive after the New Zealand mosque attacks.

Yesterday, it was revealed ISIS were planning another Bataclan-style massacre, which shook Paris in 2015.

The chilling plans were found on a hard drive dropped by terrorists as they fled Syria.

Killers stormed the Bataclan concert hall and other areas of the French capital and slaughtered 130 people. 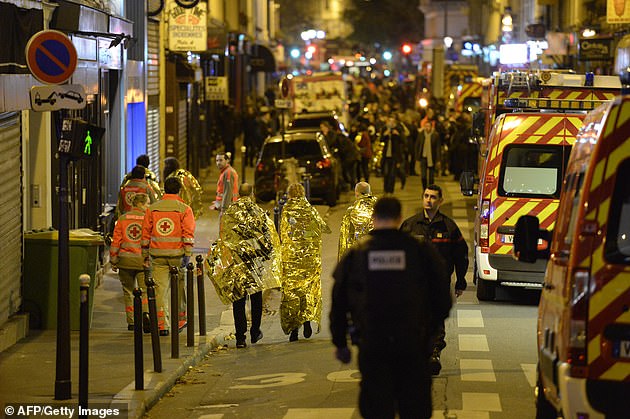 As many as 130 people were killed in a series of terror attacks in Paris on November 13, 2015 and the documents suggest similar plans are in the works

It is now planning to repeat the horrific incident in a new wave of atrocities across Europe – including an attack on a high-speed train network in Germany and on an oil pipeline in Switzerland, the stash of files suggested.

Despite its stronghold being destroyed, the terror group still has international networks which it uses to move fighters over borders and fund operations.

The documents reveal how a member called Abu Khabab al-Muhajir, who controls two terror cells in Germany and one in Russia, will direct operations abroad.

The attacks will focus on stealing money to fund the terror group.

US-backed Syrian Democratic Forces declared victory over the jihadists in Syria on March 23 in Baghouz, after reducing their once terrifying proto-state to a ghostly riverside camp. 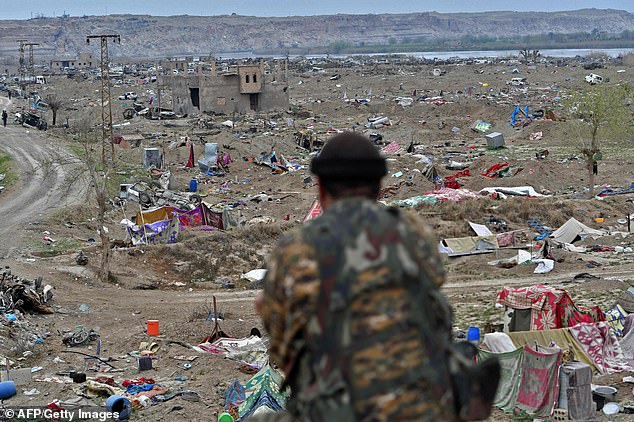 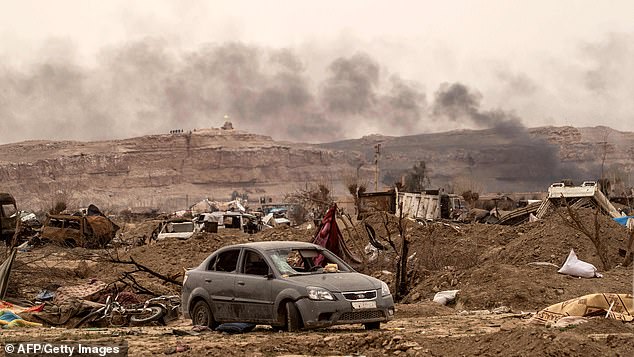 Smoke rising behind destroyed vehicles and damaged buildings in the village of Baghouz in Syria’s eastern Deir Ezzor province near the Iraqi border, a day after the Islamic State group’s ‘caliphate’ was declared defeated by the US-backed Kurdish-led Syrian Democratic Forces

There was a time when the jihadists injected fear and claimed deadly attacks across the Middle East and beyond.

After declaring a ‘caliphate’ in Syria and Iraq in 2014, they ruled over millions in a territory the size of the United Kingdom.

But in Baghouz, the group’s fighters emerged last month from tunnels and caves in the rocky hillside to surrender.