Twisted ISIS supporters have celebrated the Barcelona van atrocity today by writing people ‘can die in their rage’ in a series of sick messages.

At least 13 people have been killed and 80 others – including children – have been injured after a van ploughed into pedestrians on the famous Las Ramblas strip.

Local media are reporting that Driss Oukabir, named earlier by police as a suspect, has been arrested.

And one Islamic State supporter was writing on the encrypted messaging service Telegram when he praised God for the terrorist attack in Spain.

A conversation on the encrypted messaging service Telegram and one man wrote: ‘They can die in their rage’ 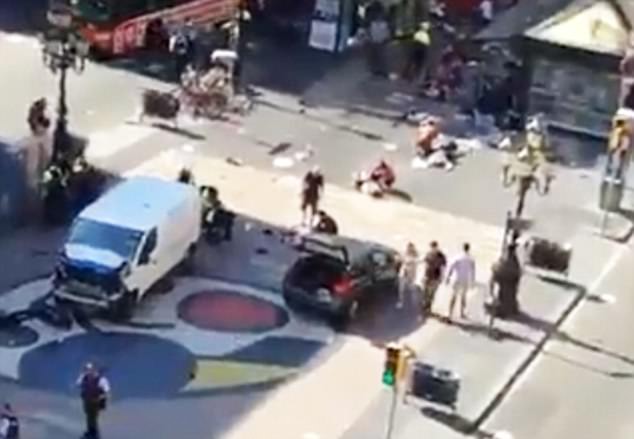 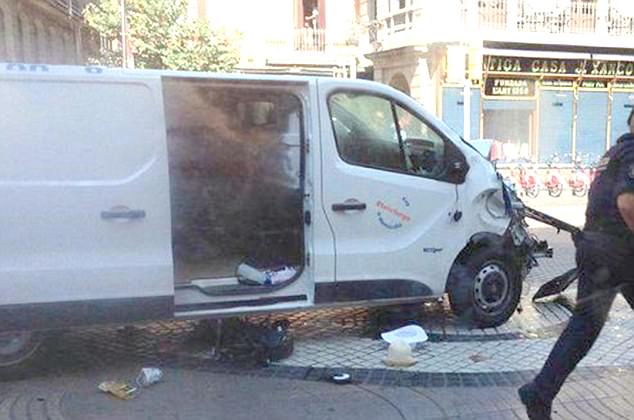 The Sun Online reports the man, writing under the name Abu Hasum, said: ‘A van just ran over people in Barcelona!!! Allu Akbar!!!! They can die in their rage.’

Shocking footage from the scene showed innocent tourists and locals on the ground after the van had driven towards them on the busy promenade in the city.

Gunfire was heard at the Corte Ingles store in the popular tourist area after police announced a ‘massive crash’ in Las Ramblas.

Officers were said to have negotiated with an attacker in a Turkish restaurant where hostages were being held.

It comes at the CIA reportedly warned Spanish police about Las Ramblas being a potential terrorist target just two months ago.

ISIS has previously claimed responsibility for a number of recent terror attacks in Europe.

In July, 2016, 86 people were killed when an ISIS-inspired terrorist rammed a truck into people celebrating Bastille Day in Nice, France.

A few months later in December, the organisation praised a terrorist who drove a truck into a Christmas market in Berlin.

ISIS also claimed responsibility for terror attacks in Westminster, Manchester and London Bridge – which left a total of 37 people dead.

A witness in Barcelona, called Angel, said he had seen the attacker close up and described him as ‘a young man, maximum 25 years old, chestnut brown hair and skinny.’

Others described him as about 5ft 6in tall and wearing a blue and white striped top.

Another witness, Isaac, said: ‘The person was accelerating. He mounted the pavement to run people over. We saw the van passing by running people over at 50 miles an hour. It was as if it was driving through a field of corn.’ 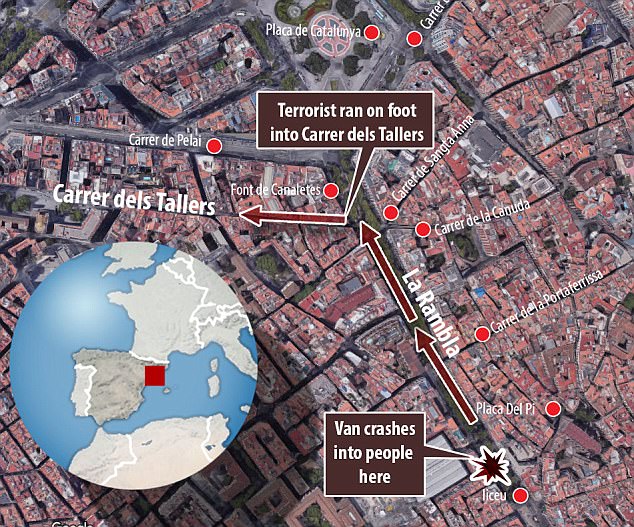 The van crashed into people on the famous promenade, before the alleged attacker ran on foot 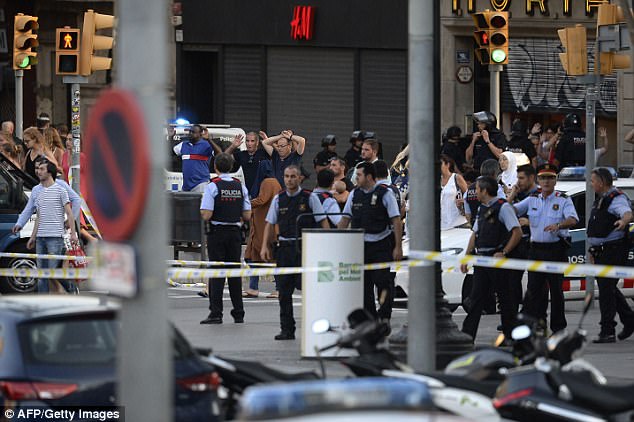 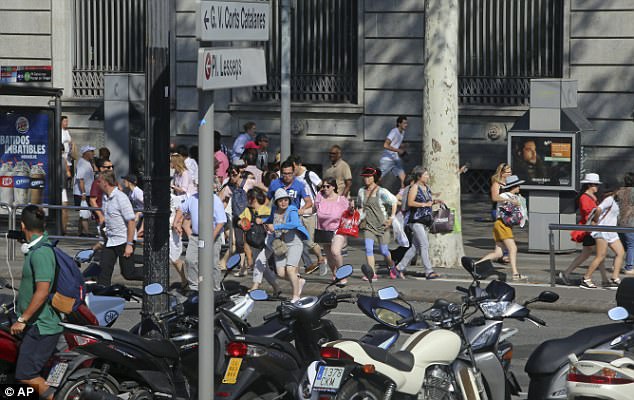 A taxi driver told Catalan TV station TV3: ‘The van was doing zigzags knocking over everyone he could. It was shocking.’

Thomas Riley, a civil servant from London, 22, had just left Catalunya station 300 feet from Las Ramblas with his father and brother when he heard ‘shouting and crying’.

The trio were directed back into the Metro station and locked in by police, before being ordered to take the first train.

He told MailOnline: ‘There was lots of commotion, shouting, and people crying. I was very frightened because no one would speak English to me.

‘The emergency services and officials acted very swiftly and we were directed back down onto the metro station and locked there for a while.

‘I still had no idea what had happened by this point. An empty train arrived at a platform and we were all told to get on it quickly!

‘Once the station was empty, we were taken out of the area a few stops picking people up en route.’

Mr Riley said the terrified passengers were directed by police to the seafront, where they were asked to ‘hide’ due to reports of gunmen on the loose.

He said: ‘Lots of people on the tube were in tears. Once I got above ground, the streets were cut off by police everywhere.

‘There was lots of confusion and people checking phones. The police told us to stay calm and hide due to reports of gunmen.

‘Eventually, we were directed to the sea front by officials and I was asked if I had information by the police.’