A leader of an Islamist extremist group has stared down a former Muslim while telling him he deserves the death penalty for renouncing his faith.

Mr Sultan pressed Mr Badar on a statement he made in March last year saying Muslims who change their religion should be killed.

‘Ex-Muslim Atheist’ Harris Sultan (left) and Hizb ut-Tahrir spokesman Uthman Badar (right) faced off in a fiery debate at the University of New South Wales. The debate moderator is pictured in the centre 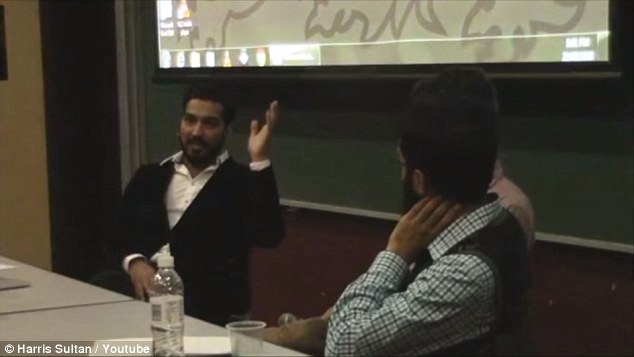 ‘I want to know what would happen to me. I’m an apostate,’ Mr Sultan said.

‘What would happen to me if it’s not a secular country… it’s an Islamic state.’

Mr Badar said it would depend on individual circumstances, noting Mr Sultan knew ‘what it [the Islamic position] is’.

‘If you want to focus on the Islamic position, we can do that without you coming up with scenarios about what happens to you and making it all about yourself,’ he said.

‘I don’t know what would happen to you. Because you can do so many things.

‘There’s a huge difference between an Islamic position and what may or may not happen in any particular circumstance.’ 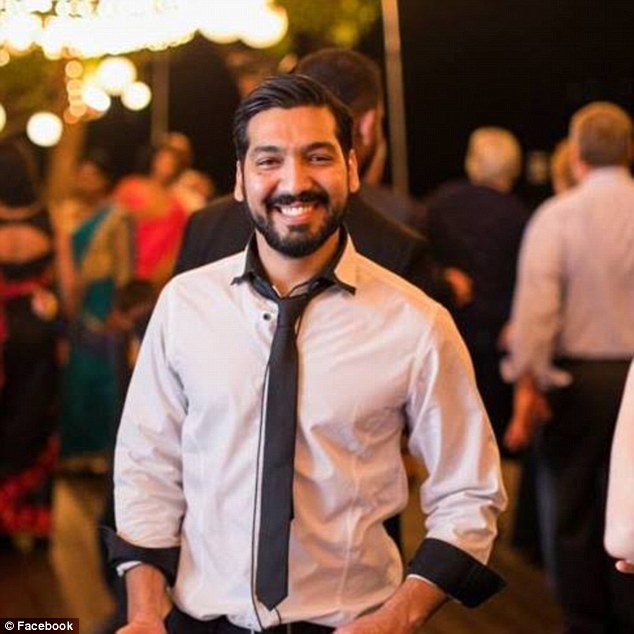 The debate moderator then asked Mr Badar: ‘As an adherent to Islam, do you share the Islamic position?’

‘Although it took him four minutes to answer the question… Uthman finally still proudly held his position that apostates should be killed in the Caliphate of Australia,’ Mr Sultan posted alongside a video uploaded to YouTube.

‘In my debate at UNSW he tried to dodge the question but eventually gave in and re-affirmed his position that ex-Muslims like me should be killed,’ he told Daily Mail Australia. 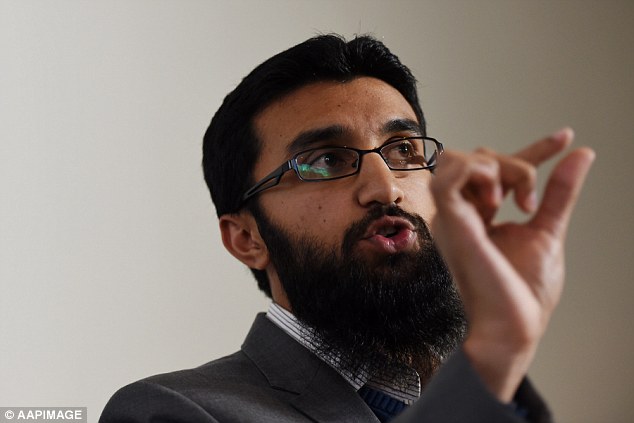 ‘I was born a Muslim in Pakistan, I was made to read Quran, while others only read, I understood it as well, that was enough to walk away from it,’ his Facebook page says.

‘The ruling for apostates as such in Islam is clear, that apostates attract capital punishment and we don’t shy away from that,’ Mr Badar said in the presence of children.

‘The ruling of the Legislator, Allah the Almighty, for apostasy is death, due to the Messenger’s saying:

“Whoever changes his religion, kill him”.’

An apostate is someone who decides to leave Islam, but both the definition of apostasy and the Islamic position on it are the subject of debate among Islamic scholars.

There is no clear text in the Quran that calls for apostates to be killed, with that belief stemming from the sayings of the Prophet Muhammad known as the Hadith.

‘If somebody [a Muslim] discards his religion, kill him,’ reads one saying, but others contain examples of unpunished apostasy.

Hizb ut-Tahrir has been linked to the September 2015 shooting in Parramatta of accountant Curtis Cheng, following revelations it radicalised a 15-year-old boy who shot dead the father-of-two.

The Sunni fundamentalist group campaigns for a global caliphate based on Sharia law.

Their position is so extreme the organisation was last year banned in Indonesia, the world’s biggest Muslim-majority nation.

Other Islamic nations including Pakistan, Bangladesh and Saudi Arabia have also prohibited the group, which was established in 1953.