Six people have been injured, three of them severely, after a suspected terror attack on motorways around Berlin overnight.

A 30-year-old Iraqi man driving an black Opel Astra is thought to have deliberately crashed into several motorbikes and scooters while shouting ‘Allahu Akbar’.

He then got out of the car and placed a box on the roof, claiming it was a bomb and that he would detonate it if anyone approached, investigators told German media.

Six people have been injured, three of them seriously, after a car crashed into multiple motorbike and scooter riders around Berlin on Tuesday evening (scene of final crash) 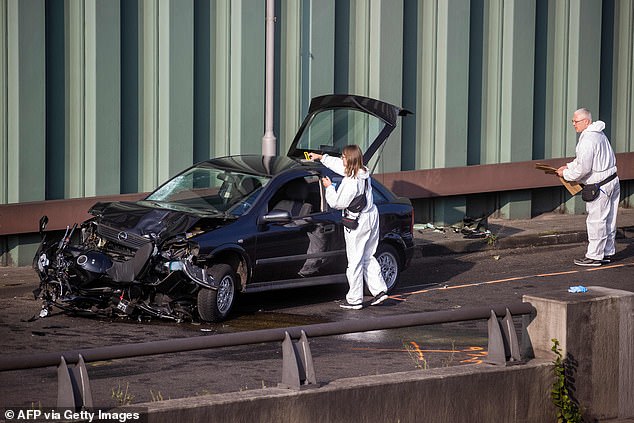 The driver, a 30-year-old Iraqi man, allegedly shouted ‘Allahu Akbar’ as he ploughed into the other motorists, before claiming to have a bomb on the roof of his car 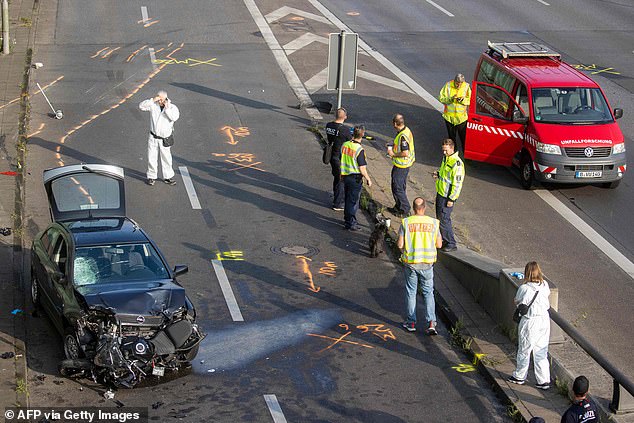 Police are now thought to be investigating the crashes as ‘politically motivated’, with a press conference scheduled for Wednesday afternoon

Armed police rushed to the scene and eventually overpowered the man and opened the box, which was found to contain tools, Bild reported.

The man has since been arrested and police are working on the assumption that the accidents were caused deliberately and were ‘politically motivated’.

Prosecutors and police have yet to officially confirm the reports, but a preliminary report is due to be completed on Wednesday afternoon.

All of the crashes happened in the south west of the city, where motorways were still closed on Wednesday morning.

One motorcyclist was run over at Detmolder Strasse, at a junction with the motorway, according to Bild. 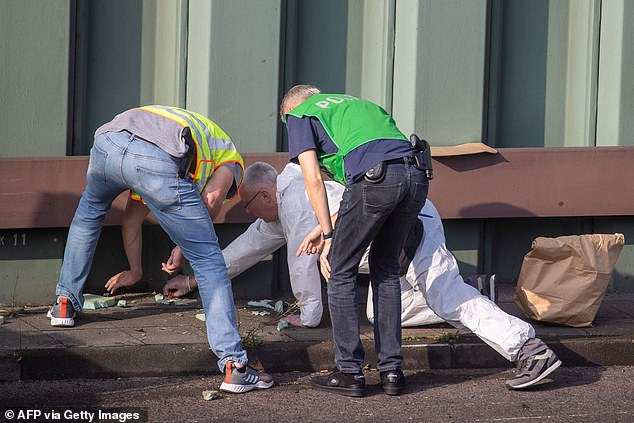 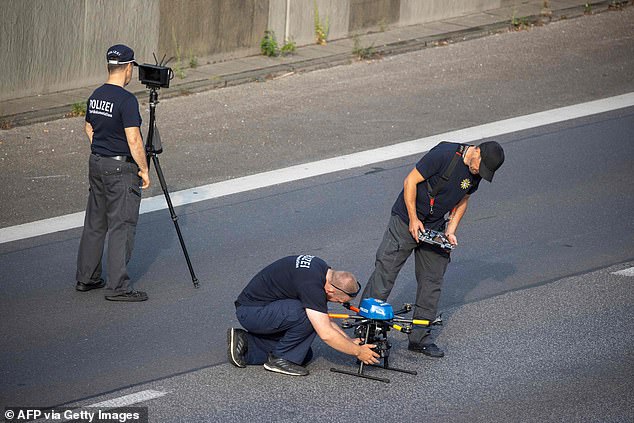 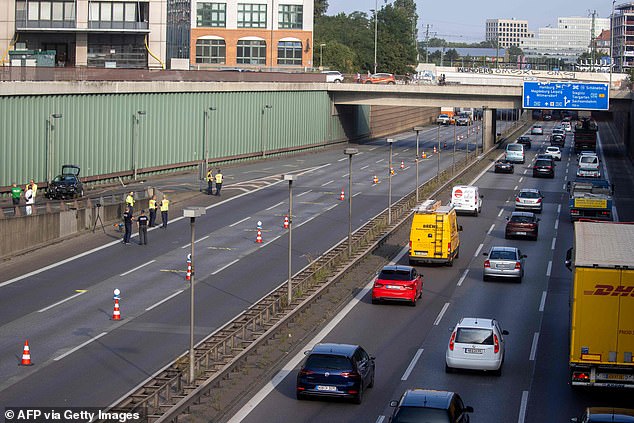 300 people were left stranded in their cars overnight after police closed the highways, and had to be supported by the Red Cross

A scooter driver was then hit at Innsbrucker Platz, around a mile along the same motorway, and had to be revived by paramedics.

Two more motorbike riders were struck at Alboinstrasse, another a mile along the same motorway.

Some 300 people were stuck on the highway for hours and were getting support from the German Red Cross, the Berlin fire department tweeted Tuesday night.