Fancy sinking your cash into a Grand Design? Historic Isle of Man water tower with planning to be a four-bed house is for sale for £230,000

A historic water tower that sits in two acres of land on the Isle of Man is on the market with planning permission to turn it into a Grand Designs home.

The property is for sale with a price tag of just £230,000. However, the buyer will need deep pockets to complete the extensive project, as there is currently little on the rural site except for the shell of the tower.

The plans see the existing water sit at the heart of the new property, with the rest of the large four-bedroom house built around it.

The property is a ruin and is for sale for £230,000 – but will need much more spent in order to complete the building project

The location may feel remote, but it could appeal to some – not least as the Isle of Man is a low-tax economy with no capital gains tax, wealth tax, stamp duty, or inheritance tax, as well as a top rate of income tax of 20 per cent.

Buying agent Henry Pryor said: ‘If you’re thinking of relocating to the Isle of Man for tax reasons then the savings you might make will surely be gobbled up funding this Grand Design.

‘Once completed you’ll be able to count what’s left of your duty free income away from prying eyes.’ 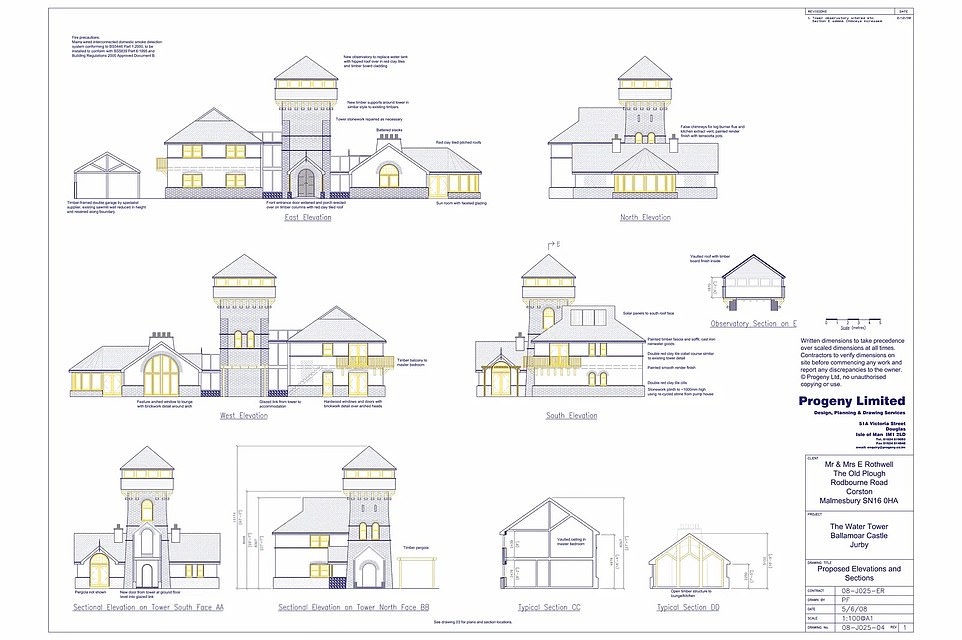 The plans see the existing water sit at the heart of the new property, with the rest of the large four-bedroom house built around it 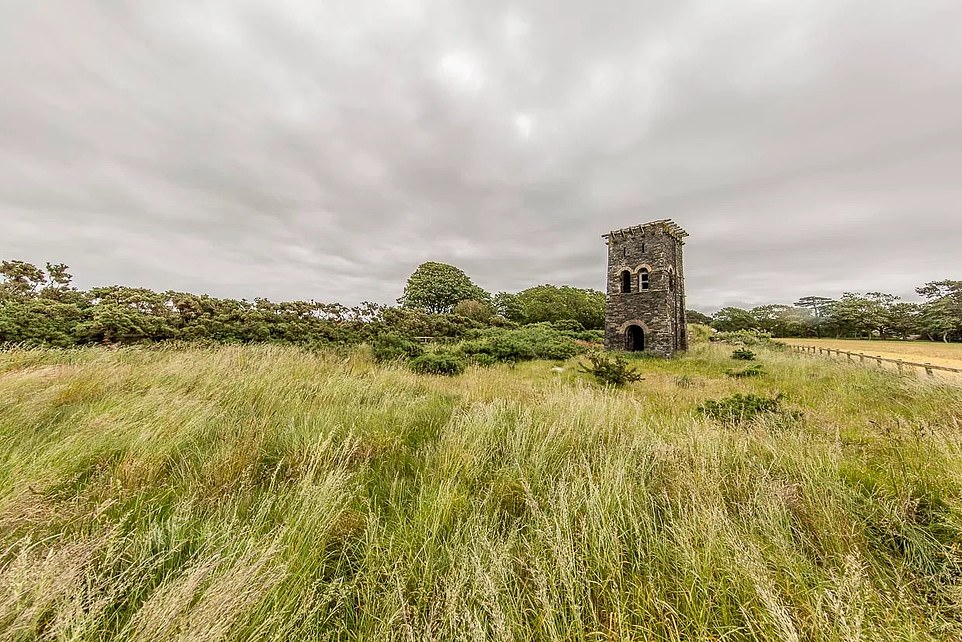 The water tower is on the Isle of Man, which is a low-tax economy with a top rate of income tax of 20 per cent 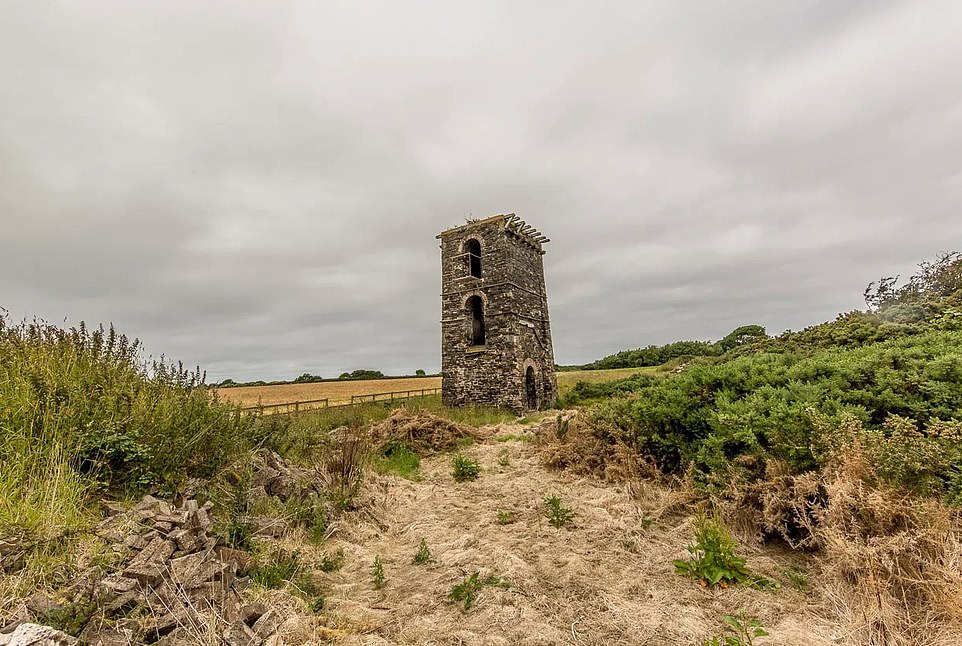 The ambitous project is worthy of being featured on the popular TV show Grand Designs, presented by Kevin McCloud

The tower dates back to the late 1800s and was the original water supply to Ballamoar Castle.

It later provided electricity to an engineer workshop and sawmill that were on the site, but these have been demolished, along with the water tank.

It leaves only the tower, which now has planning permission in place to build a 3,500 sq ft house with the water tower at the centre.

The plans are for a two-storey building on one side with four double bedrooms, and all are en suite. There is also an utility area and a clock room.

Through the water tower base and via a glass atrium is a large open plan living area, a dining room and a kitchen with a vaulted ceiling with floor to ceiling arched windows leading into a sun room.

The potential Grand Designs-style home is on the market, as King Charles’s own former project was revealed on an ITV television show. A Royal Grand Design charted how the King (then the Prince of Wales) led a consortium which paid £45 million for a dilapidated Ayrshire estate in 2007, in a bid to save it from ruin and help regenerate the deprived local community. 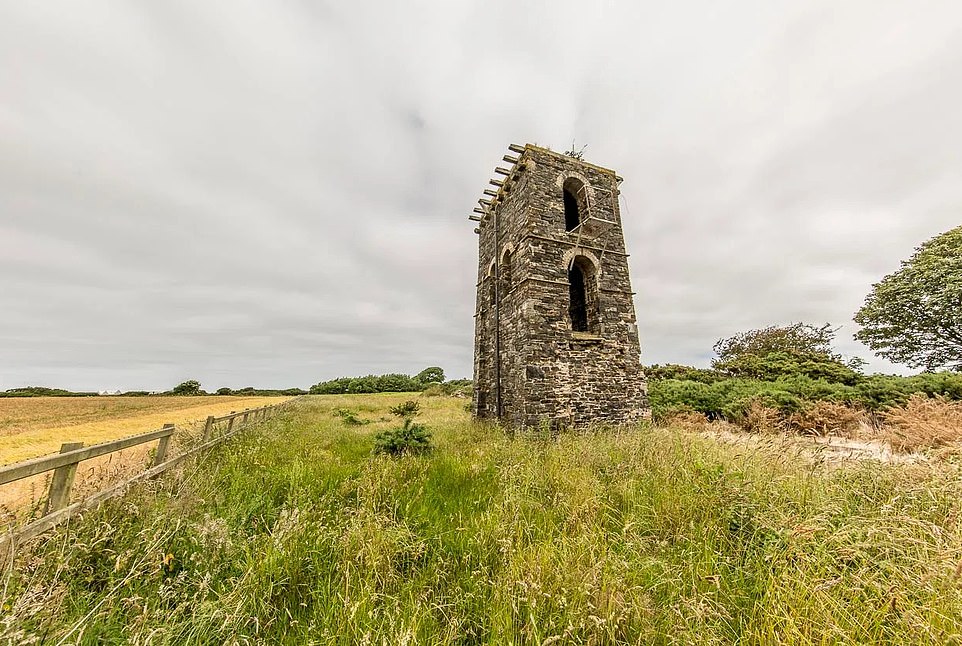 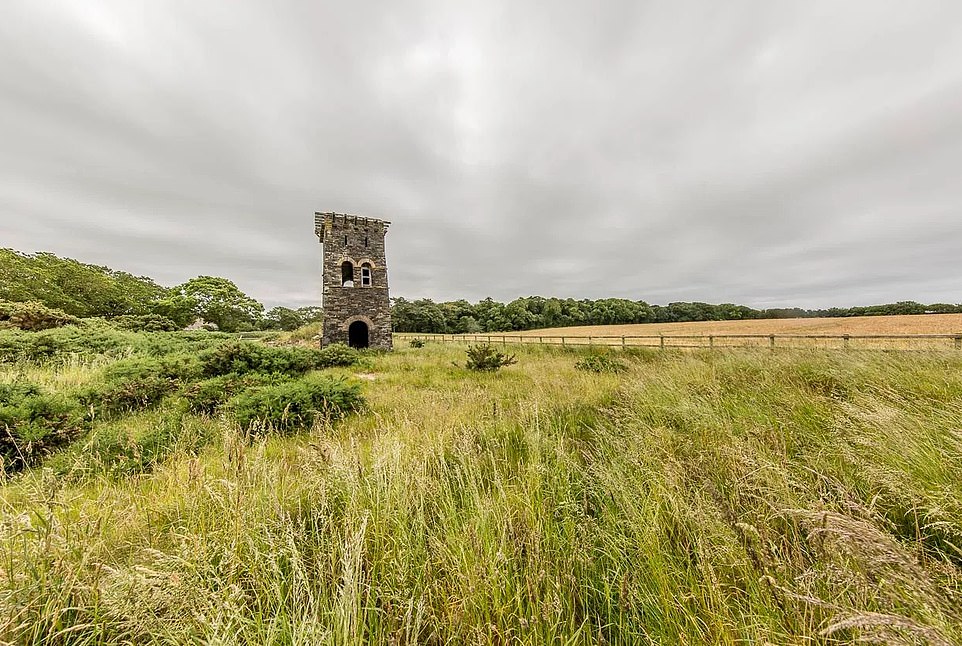 The property once provided electricity to an engineer workshop and sawmill that were on the site, but these have been demolished, along with the water tank 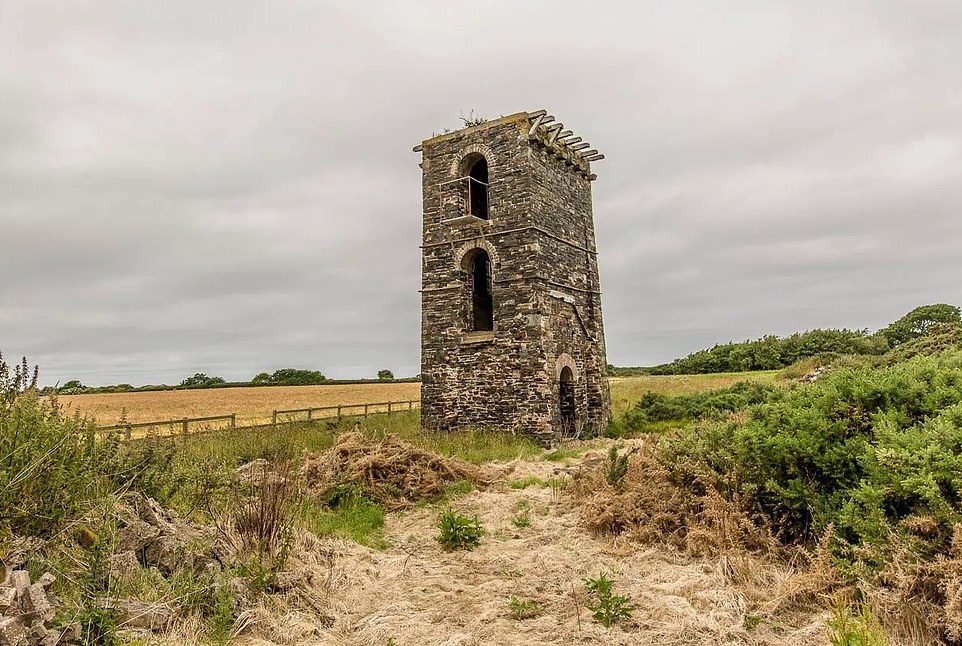 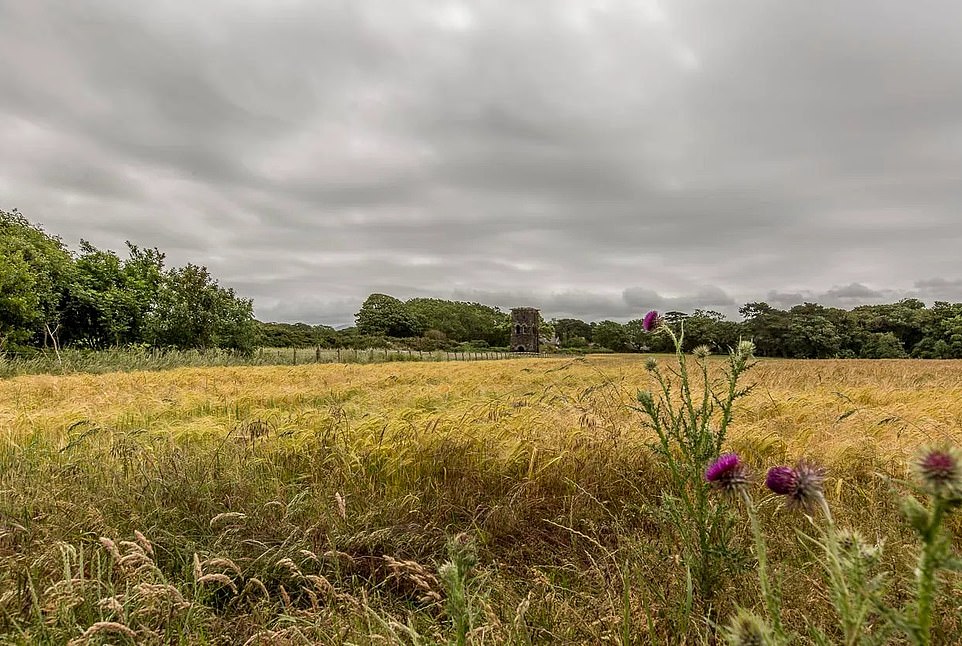 Today all that is left is the shell of the water tower, which has planning permission to be turned into part of an extensive 3,500 sq ft house

The property has views across the surrounding countryside and out to the sea from the upper levels of the tower.

Outside there is a separate garage with a workshop and it sit in two acres of land. The property is for sale via Garforth Gray estate agents.

The plans also include a ground source heat pump to supply the heating and hot water.

Daniel Copley, of property website Zoopla, said: ‘For those on the hunt for a new property project, this historic water tower has the potential to be a truly spectacular home.

‘Not only does it benefit from idyllic countryside surroundings, but the existing tower also has historic links and was once used to supply water to the local castle.’

> Have you done your homework? Buying a property to extend can add value – but check planning rules first