By Ian Chadband For Aap

New eligibility rules passed by World Rugby could open the way for the controversial Israel Folau to make his return to the international game with Tonga.

The world governing body approved a major amendment to their eligibility policy on Wednesday which will allow players to switch countries more easily from next January.

It looks set to pave the path for the likes of Folau, one of the Wallabies’ most outstanding backs who was sacked by Australia over homophobic social media posts, to launch a second international career thanks to his Tongan heritage.

And the move could prove a huge boon for developing rugby nations – particularly the Pacific Island sides Tonga, Samoa and Fiji – in time for the 2023 World Cup in France. 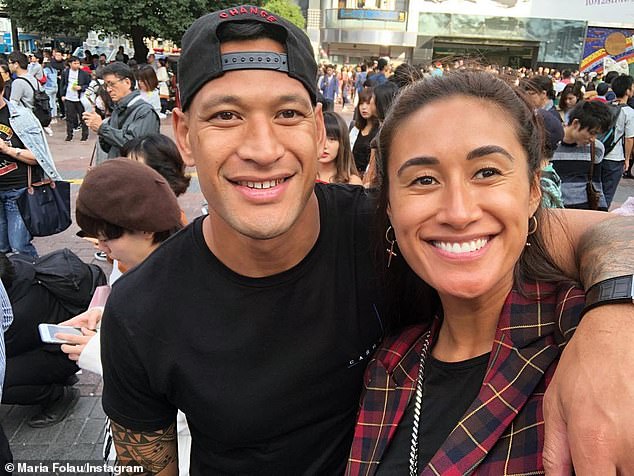 Former Wallabies No 8 Toutai Kefu, now Tonga’s coach, was reported as saying last week that he had talked to Folau and the 32-year-old was keen to join the islanders’ fold.

Currently, internationals aren’t eligible to play for a second nation unless they stand down from Test rugby for three years and play sevens for their second country in an Olympic qualifying event.

But under the amended rules, as long as the three-year break is still met, players can switch nations from January 1 if they, or a parent or grandparent, were born in the country they now wish to represent.

In Folau’s case, he hasn’t competed internationally since playing his 73rd and last Test for the Wallabies against England at Twickenham, three years ago to the day.

After January 1, any player meeting the criteria can make an immediate transfer application.

The move could, in theory, be a game-changer for the Pacific Islands with the amendment meaning that, as well as Folau, New Zealand luminaries like Charles Piutau, who has 17 All Blacks caps, George Moala and Vaea Fifita could play for them.

Samoa could be bolstered by former All Blacks too with former fly-half Lima Sopoaga, Steven Luatua, Julian Savea and Denny Solomona all being in the frame for a new international allegiance. 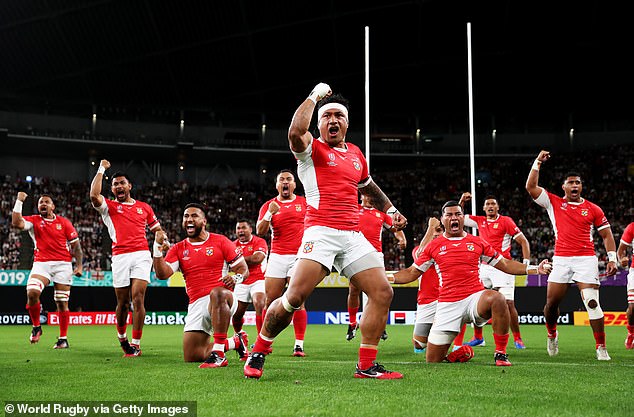 The rule change means Folau could join the Tongan rugby union side (pictured) – and the team’s coach, Toutai Kefu, has said the star winger is keen to play for the island nation 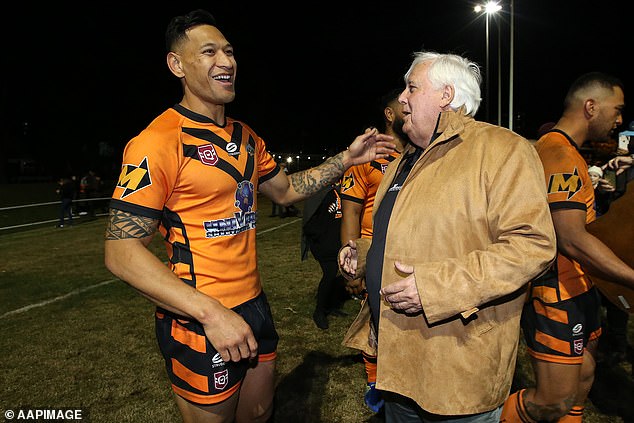 England powerhouses Billy and Mako Vunipola could end up playing for Tonga in 2024, while star centre/wing Manu Tuilagi would be able to play for Samoa down the line.

“We have listened to our membership and players and sought to update the regulation recognising the modern professional rugby environment without compromising the integrity of the international game,”said World Rugby chairman Bill Beaumont.

It’s not been easy to switch international allegiance, with only a handful of players taking advantage of the Olympic loophole since it was introduced before the debut of rugby sevens at the 2016 Rio Olympics.

Former Wallabies duo Lopeti Timani and Cooper Vuna became eligible for Tonga in recent years, with the former having made his debut for the ‘Ikale Tahi against England earlier this month after a dozen Tests for Australia.