Democratic Congresswoman Rashida Tlaib will be allowed to enter Israel to visit her elderly grandmother, the country’s interior minister said.

In a softened stance, Minister Aryeh Deri said on Friday that they would allow the Muslim lawmaker to enter the country on humanitarian grounds.

Rashida Tlaib, along with her colleague Ilhan Omar, had previously been banned from entering Israel due to their vocal support of Palestinians and the BDS movement.

The decision came hours after Tlaib submitted a letter requesting to be allowed in despite the ban to visit family living in the West Bank.

She had previously told reporters it could be the last chance for her to see her elderly grandmother, who is in her 90s. 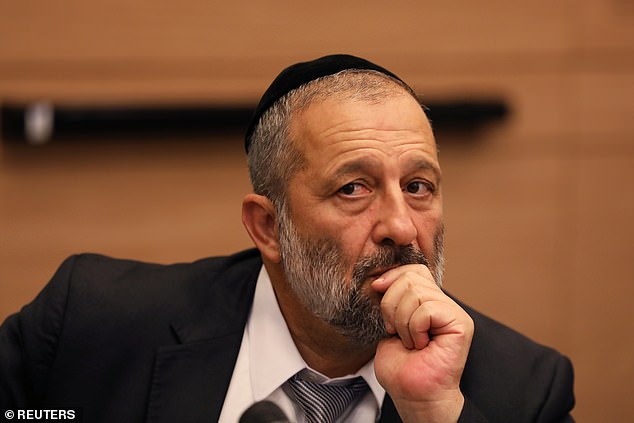 In a softened stance, Israeli Interior Minister Aryeh Deri (pictured) said on Friday that they would allow the Muslim lawmaker to enter the country on humanitarian grounds 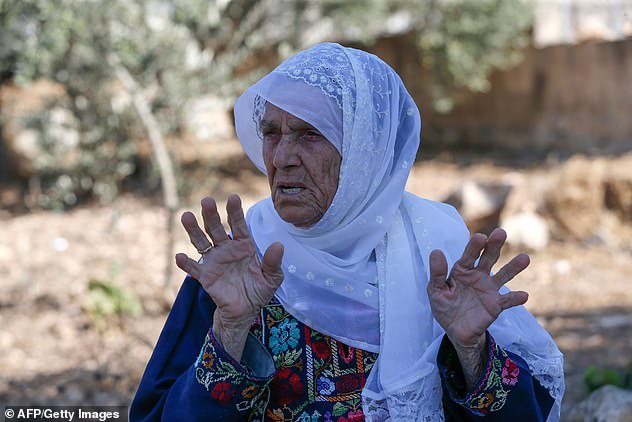 Tlaib vowed to ‘respect any restrictions’ and not promote boycotts of Israel during her visit.

‘I would like to request admittance to Israel in order to visit my relatives, and specifically my grandmother, who is in her 90s and lives in Beit Ur al-Fouqa,’ Tlaib wrote in her letter to Aryeh Deri.

‘This could be my last opportunity to see her.’

A statement released by Deri on Friday morning granted Tlaib permission to visit her grandmother, expressing ‘hope that she will live up to her promise and that the visit will only be for humanitarian needs.’

Tlaib and Omar had previously slammed Israel’s decision not to let them visit the country, accusing him of implementing Donald Trump’s ‘Muslim ban’ against two members of Congress.

Omar, who is a frequent target of the president’s wrath, yesterday referred to the administration’s policy to ban refugees from seven Muslim countries, including her birthplace of Somalia.

Omar, who along with Tlaib is an outspoken supporter of Palestine, used her statement to criticize Netanyahu for his treatment of Palestinians, saying it was ‘not a surprise’ that the two were forbidden from their trip, which was organized by a Palestinian lawmaker and included a stop at the Al-Aqsa Mosque, the third holiest site in Islam. It sits close to the site of the Second Temple, the holiest site in Judaism, making it a hot spot in the Israeli-Palestinian conflict.

Tlaib, meanwhile, tweeted on Thursday a photo of her grandmother Muftia Tlaib, who lives in the occupied West Bank, and said Israel’s decision to ‘bar her granddaughter’ from visiting was a ‘sign of weakness.’ 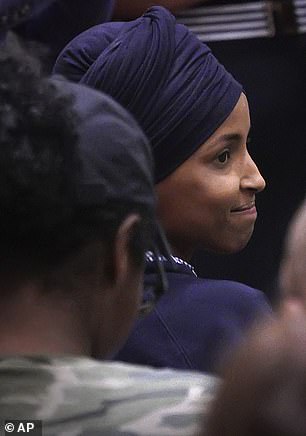 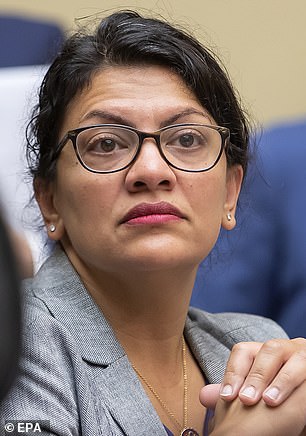 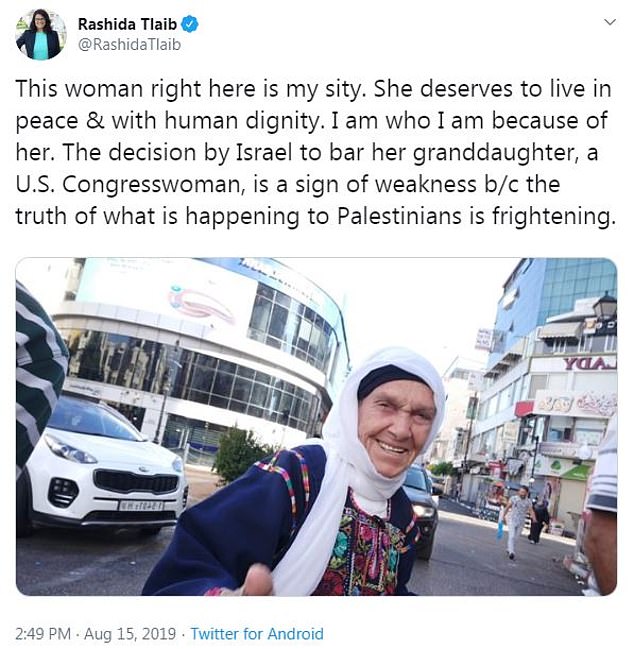 Tlaib, meanwhile, tweeted on Thursday a photo of her grandmother Muftia Tlaib, who lives in the occupied West Bank, and said Israel’s decision to ‘bar her granddaughter’ from visiting was a ‘sign of weakness’

Netanyahu’s initial decision to bar the women from his country came after Donald Trump advised it would show ‘great weakness’ to allow the Democratic members of Congress to obtain entry, claiming they ‘hate Israel & all Jewish people’

Netanyahu’s initial decision to bar the women from his country came after Donald Trump advised it would show ‘great weakness’ to allow the Democratic members of Congress to obtain entry, claiming they ‘hate Israel & all Jewish people.’ 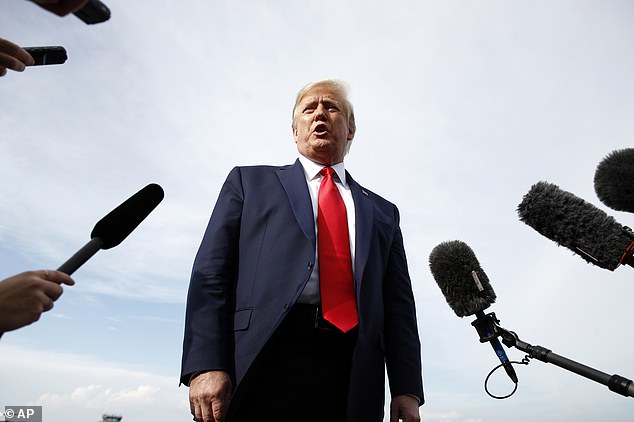 Donald Trump had criticized Muslim lawmakers Ilhan Omar and Rashida Tlaib as ‘so anti-Israel, so anti-Jewish’

About an hour after Trump tweeted his objection to their visit, the Israeli government announced the two women – the first Muslim women elected to Congress – were banned from visiting in an extraordinary act of intervention on behalf of a U.S. president into the internal affairs of one of America’s allies.

‘The decision has been made; the decision is not to allow them to enter,’ Israeli Deputy Foreign Minister Tzipi Hotovely told the country’s Reshet Radio.

Netanyahu, in a statement, said the lawmakers’ visit was designed to ‘hurt’ Israel, citing their support of a boycott Israel movement that wants the country to abandon the occupied territories.

‘Their intent is to hurt Israel and increase its unrest against it,’ he said.