‘It looks like it was drawn in Kindergarten’: Samantha Markle bashes Meghan’s coat of arms

Meghan Markle’s half sister Samantha has launched yet another Twitter attack on the Duchess of Sussex – this time bashing her coat of arms.

Samantha, whose Twitter is private, called it ‘extremely improper that my father was not named’ on the Duchess’ coat of arms despite his ties to his now royal daughter.

She added that ‘quite frankly it looks like it was drawn by someone in a kindergarten classroom’ before citing the College of Arms’ requirements for obtaining the seal which says an American can do if they show decent from the British Royal Crown.

Yesterday’s Twitter tirade came just days after another one of Samantha’s rants where she insulted Meghan for being ‘ungrateful’ and said the Duchess didn’t ‘walk on water’. 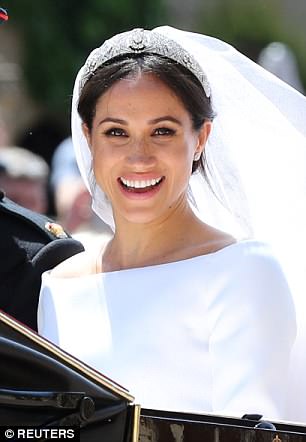 Samantha Markle has bashed her half sister’s coat of arms, saying it looks like it was drawn by a kindergartner 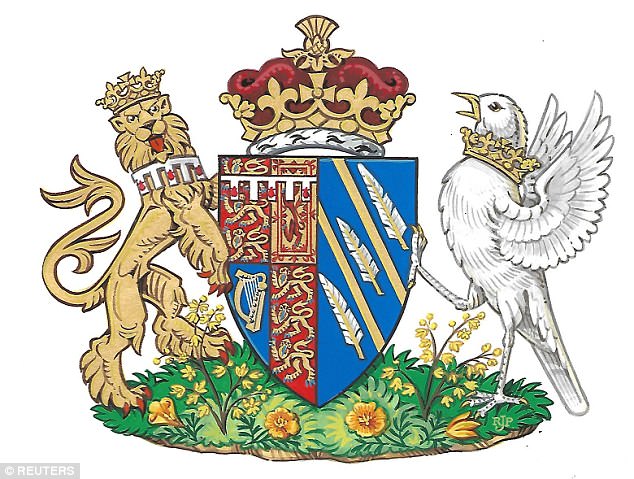 Samantha wrote on Twitter Sunday: ‘Extremely improper that my father was not named on the coat of arms, and quite frankly it looks like it was drawn by someone in a kindergarten classroom.

Our father is American but we have ties in the family tree to royalty in several places according to the college of arms.’

She then tweeted again: ‘According to the college of arms in [sic] American should be named on the coat of arms if he is in anyway related to royalty. My father is. What is represented on this coat of arms communication is weak. Where is their representation of women’s rights or humanitarianism?’

After her Twitter rant last week, BET published an article calling Samantha a ‘bitter half sister’ and wrote ‘the white side of her family is living the jealous life.’

Samantha then snapped back at the publication, calling them ‘losers’ for ‘pulling the race card’.

‘I guess that’s all you got because you have a $7.00 an hour desk job at a company called B.E.T. (“Been Eating Twinkies”) Black side of the family was snubbed too. keep eating,’ she wrote. 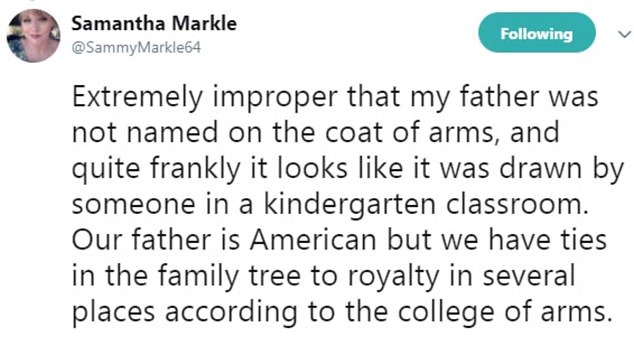 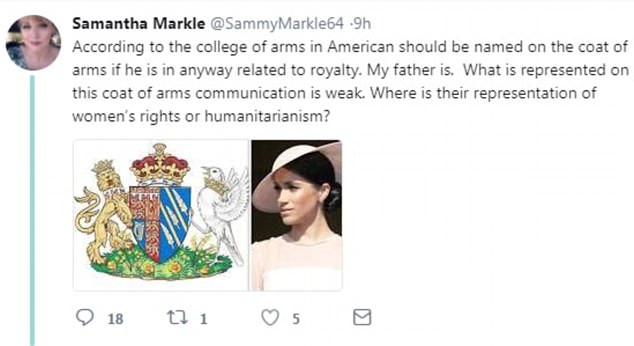 The Duchess of Sussex worked closely with the College of Arms to design her own Coat of Arms which represents her personally and her American roots.

Each member of the royal family each have a special design which signify their rank and their identity.

The Queen signed off on Meghan’s design which features far more detail than the one given to the Duchess of Cambridge in 2011.

The blue background of the shield represents the Pacific Ocean off the California coast, while the two golden rays across the shield are symbolic of the sunshine of the Duchess’s home state. 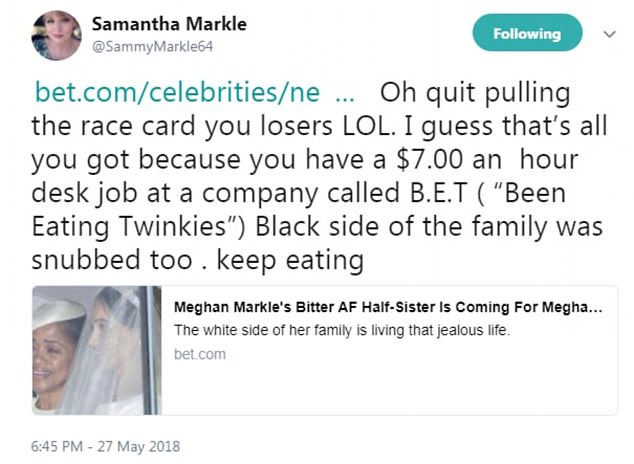 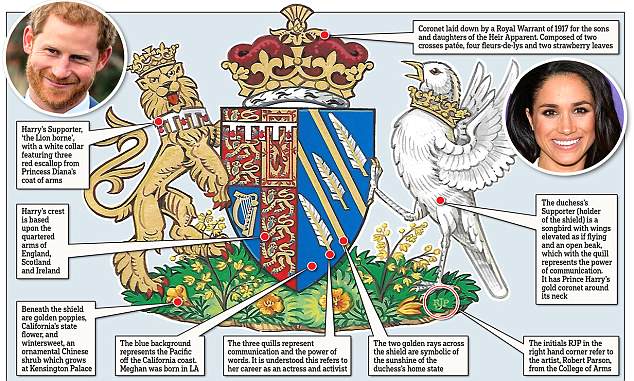 HOW DO YOU GET A COAT OF ARMS?

Coats of Arms came into being during medieval tournaments like jousting when knights would be recognised by the motifs on their shields or helmets and heralds quickly learnt the different ones in use, taking up responsibility for the control of their use.

Their use declined in competition and battle but they became more widely used in society.

The arms are given for free while the money people pay is for the research and design of the coat of arms.

However, that doesn’t mean that just anybody can pay the fee and get a coat of arms. The cumulative knowledge of the Earl Marshal gathered over hundreds of years has given them the skill of tactfully suggesting that people don’t proceed with their application.

The late Peter Gwynn-Jones, a former Garter King of Arms, once said: ‘In practice, eligibility depends upon holding a civil or military commission, a sound university degree or professional qualification, or having achieved some measure of distinction in a field beneficial to society as a whole.’

The three quills represent communication and the power of words.

The announcement of the coat of arms revealed by Kensington Palace also bore what is understood to be Meghan’s new cypher, or letterhead, featuring the letter ‘M’ with a crown on top.

Beneath the shield on the grass sits a collection of golden poppies, California’s state flower, and wintersweet, which grows at Kensington Palace.

The most famous design is that of the Queen who is represented by the Royal Coat of Arms.

There is still speculation as to whether Meghan’s father Thomas Markle will received a coat of arms as both Kate Middleton and Sophie Rhys-Jones’ fathers were when they were married.

The reason for the delay may be that Mr Markle, a retired Hollywood lighting director who lives in Mexico, is a U.S. citizen, so needs to prove that he has an ancestor who was a subject of the Crown.

Meghan’s Coat of Arms suggests an air of independence in comparison to the Duchess of Cambridge’s in 2011.

Before her wedding to Prince William, Kate’s family was awarded the crest, rather than the royal bride alone.

This gives his entire family – including his other children, Pippa and James, as well as wife Carole – the right to use the emblem.

The meaning contained in Meghan’s coat of arms

1. The shield’s blue background represents the Pacific Ocean off the coast of Meghan’s native California

2. The golden rays across the shield are another nod to the Sunshine State

3. The three quills represent communication and the power of words

4. On the grass beneath the shield are golden poppies, California’s state flower, and wintersweet, which grows in the gardens at Kensington Palace

5. The shield has two Supporters, one a lion, which relates to Prince Harry’s shield and also appears on her husband’s coat of arms, the other – representing the Duchess herself – a songbird with wings elevated as if flying and an open beak – another nod to the power of communication

6. A coronet has been assigned to the Duchess of Sussex – the coronet laid down by a Royal Warrant of 1917 for the sons and daughters of the Heir Apparent – and composed of two crosses patée, four fleurs-de-lys and two strawberry leaves.