It took four years, cost £472m… how many will be at Baku’s Olympic Stadium for Europa League final?

It cost £472million, took four years to build and can hold 68,000… but will anyone be there? Inside the controversial Baku stadium that’s hosting the Europa League final

Some supporters have already set off and others will fly out of the continent to get there but whatever the route, Baku is the destination for Chelsea and Arsenal’s most hardened fans going to Wednesday’s Europa League final.

The cheapest flight presently available presents a changeover in Doha and costs nearly £800. Elsewhere, as Sportsmail reported earlier this week, two Chelsea supporters set off on Tuesday, May 21 on a journey that will involve sleeper train in Ankara and taxis in Tblisi.

And it is all to reach Baku’s Olympic stadium, the venue for a match that will not only define this season for both teams, but the next one too. There is, of course, not just a trophy on offer but a place in next season’s elite club competition, the Champions League.

The Olympic Stadium in Baku, opened in 2015, hosts the Europa League final on Wednesday 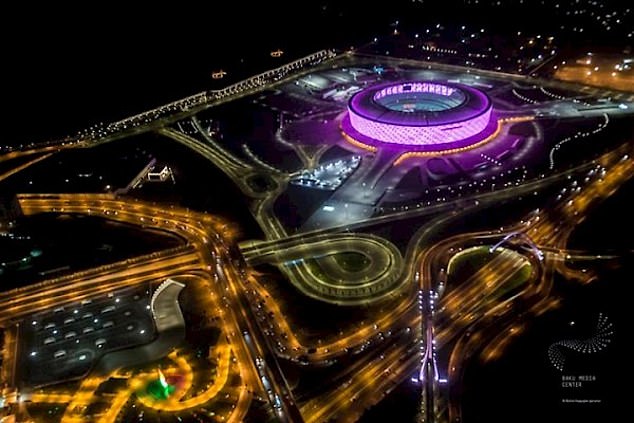 The stadium has a 68,000 capacity but it is unlikely to be full for Wednesday’s final 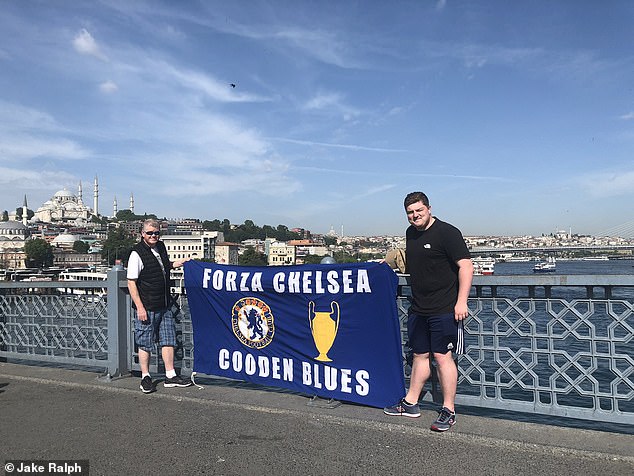 But will this be the glittering showpiece event that a game of this magnitude deserves?

The arduous journey hasn’t been embraced by all fans of the London clubs. Chelsea and Arsenal are both reportedly sending back a combined total of 6,000 tickets because of the difficulty and cost in reaching Azerbaijan.

The record capacity for a Europa League final is 62,000 from when Parma played Marseille in Moscow in 1999. It seems unlikely that the record will be reset this year, despite the stadium having a capacity of 68,000.

Furthermore, sponsors have sent back tickets that would normally be snapped up for a European final, meaning the players could be taking to the pitch with a smattering of empty seats.

Those returned tickets will go on sale to local fans but a kick-off of 11pm local time does little to entice.

For those fans that do make the 2,900-mile journey, the view of the pitch will not be fantastic due to a running track surrounding the pitch. 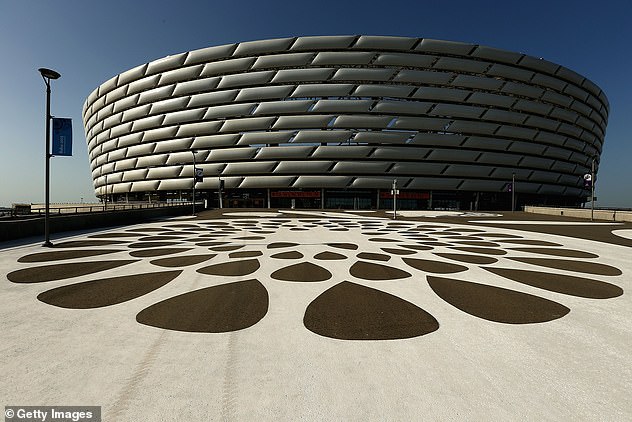 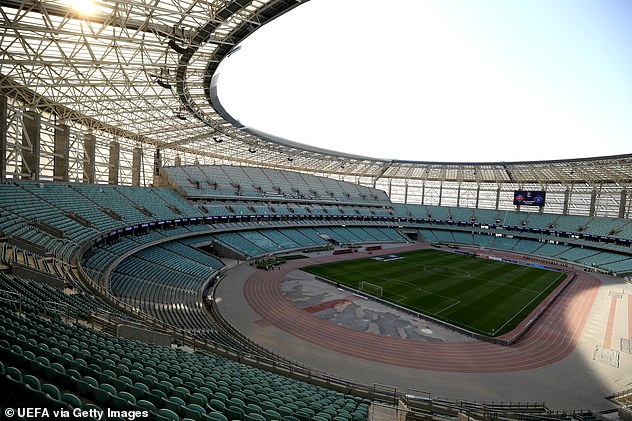 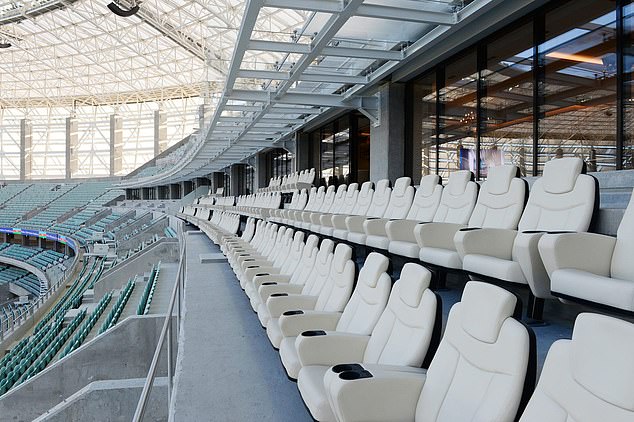 The stadium was designed and built for the 2015 European Games that were held in Azerbaijan and the stadium needed to be a multi-sport venue. It is now used to host Azerbaijan’s home World Cup and European Championship.

The venue sits in front of Lake Boyukshor, which translates as ‘Big Salty Waters’.

The stadium, as is often the case with modern stadia designs and especially those meant for hosting athletics, is a bowl shape as opposed to the conventional English design of four stands around the pitch.

There are predominantly three tiers around each side, with a fourth emerging on the sides level with the halfway line. 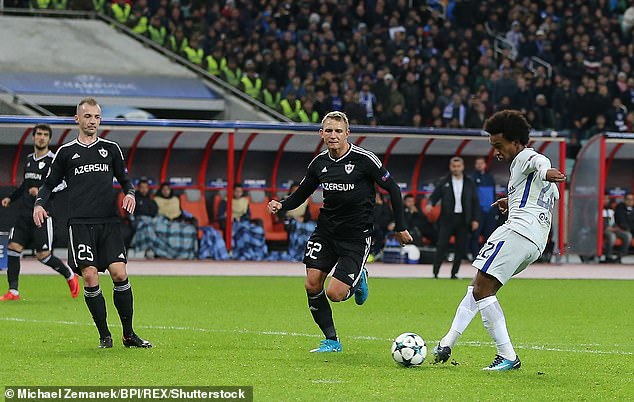 Chelsea have previously played at the stadium in 2017, defeating Qarabag 4-0 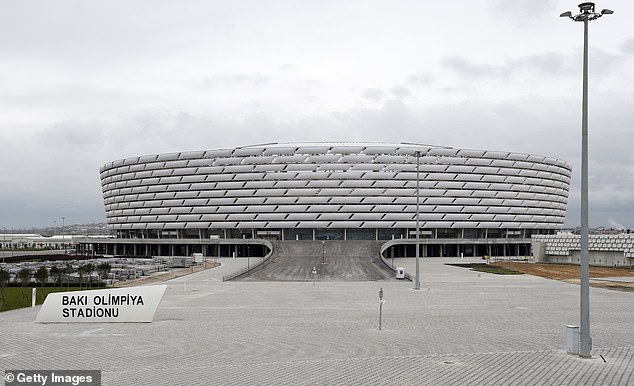 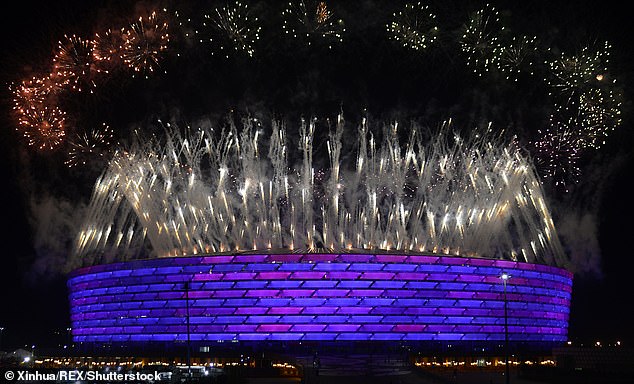 The exterior of the stadium is wrapped in ETFE cushions that light up at night. As well as giving a powerful visual impression, they keep heat and sound inside the stadium. It gives a similar appearance to Bayern Munich’s Allianz Arena.

For a number of Chelsea stars, including Eden Hazard, Willian and N’Golo Kante, Baku’s Olympic Stadium holds fond memories after playing there against Qarabag in the Champions League in 2017-18.

Chelsea ran out 4-0 winners that day, with Willian scoring twice alongside Hazard and Cesc Fabregas.