‘It was an unbelievable feeling’: Kalvin Phillips opens up on making it to the World Cup

‘It was an unbelievable feeling’: Kalvin Phillips opens up on the joy of making it into England’s World Cup squad – despite his injury hell this season – after initially fearing he had missed out on a Gareth Southgate phone call!

Eight weeks of patient, painstaking preparation for Kalvin Phillips, nursing a pinned dislocated shoulder to make it to Qatar, was almost crushed by a 5kg weight on the eve of the World Cup.

The Manchester City midfielder, a key part of England’s Euro 2020 midfield, had been sweating on his World Cup hopes ever since his shoulder dislocated in September and it became clear that he would need an operation to prevent it doing so again.

That left precious little time to be fit and firing for Qatar – but with the help of City physios, Phillips managed to rehabilitate the shoulder well enough to come on in the Carabao Cup win against Chelsea before leaving for Qatar. 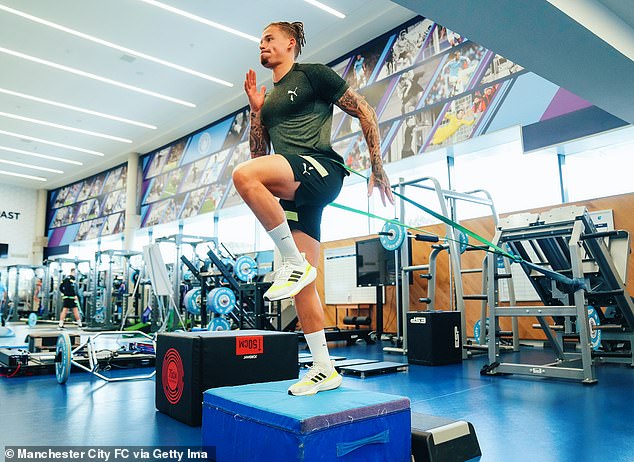 Yet last weekend, as he prepared to take his place on the City bench for the last game before the World Cup against Brentford, Phillips’ zealous preparation almost meant all that hard work went to waste.

‘Before the game against Brentford, being a professional that I am, I went to the gym before the match and was just doing loads of Achilles work on the leg press,’ he said.

‘I’d gone to pull a weight off the rack and there must have been one stuck behind it and I pulled it off and it has landed straight on my foot and cut. 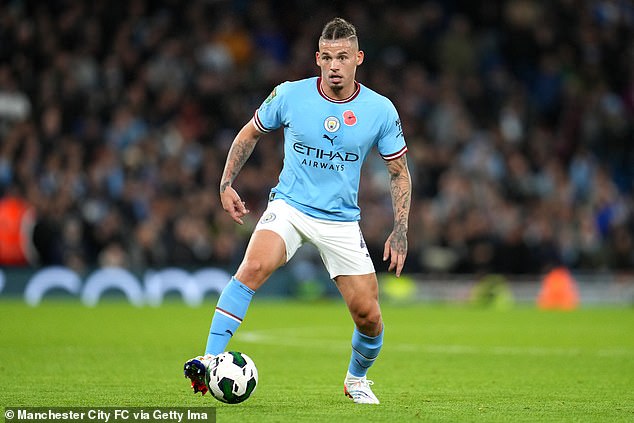 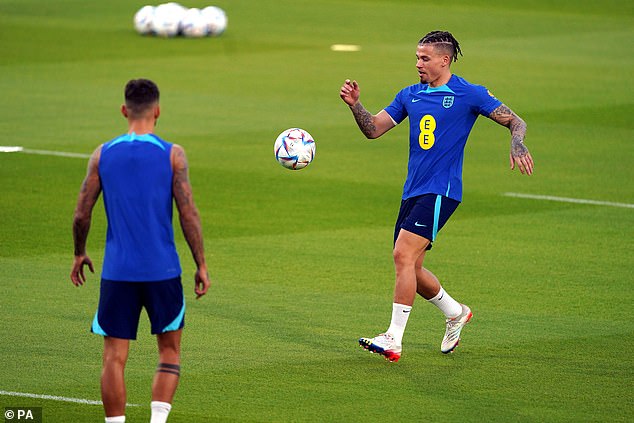 ‘I stood for about 10 seconds and thought: ‘Oh my god, what was that?’ If it wasn’t a 5kg plate, if it had been heavier, I think it would have been a lot worse. Imagine that! That is what you get for being professional’

Phillips was integral to Southgate’s team at Euro 2020 and one of the players of the tournament, but given his lack of game time, he may have to play himself into the side here. 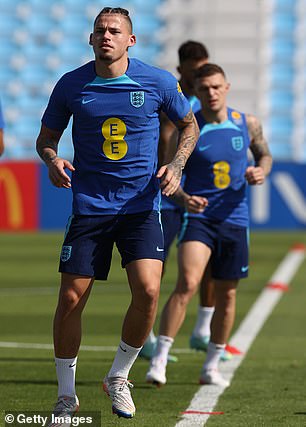 Once he had played for City against Chelsea, which happened a day before the squad announcement, most would have assumed he was in the squad, but he had to endure a nervous 24 hours – thanks to City and England team-mate Kyle Walker, also an injury doubt.

‘I had a phone call with Gareth the morning, just before the squad got announced,’ he said. ‘Kyle had been told the day before me. I walked in the gym and Kyle came to me and said, “Gareth’s just rung me and he said I’m involved in the World Cup.”

‘And I was thinking; “Well, if he’s ringing all the injured players telling him they’re involved, well why hadn’t he rang me? Then I got a phone call about half-nine when I was at City.

‘He was just asking how I was, and I asked him how he was and he said: “A lot better after seeing you play for 40 minutes [against Chelsea]” and then told me that I was involved.

‘It was an unbelievable feeling. I told close family but asked them not to say anything as I didn’t want anything getting out. 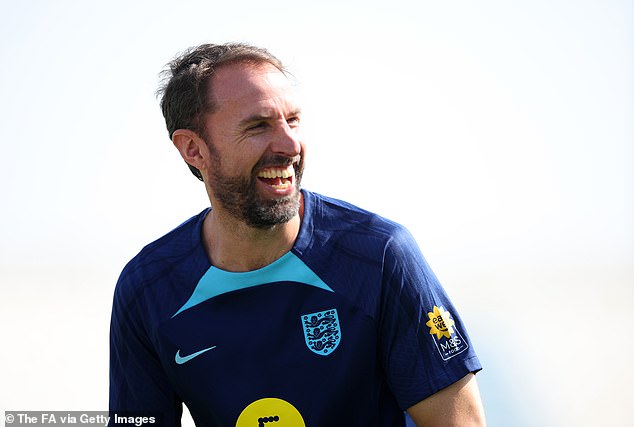 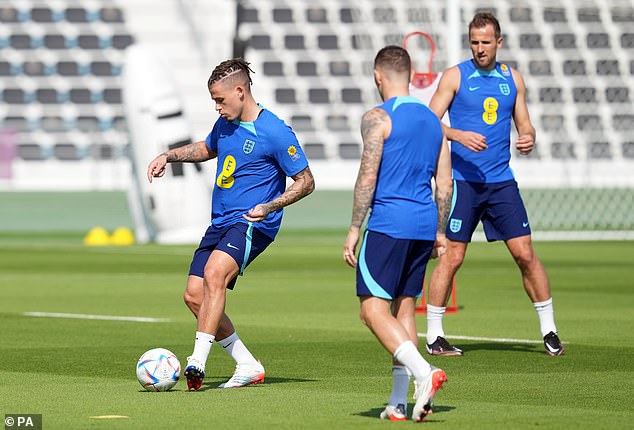 ‘As soon as the news broke I got messages from old friends at school, from teachers, from different grass-roots clubs and it was very humbling for me as I came from a little area in Leeds and had to work for everything that I got.

‘After the eight weeks I had, it was a relief but I knew the hard work was about to start.’