The request for a conversation was greeted — as it always is — with a smile, a shake of the head and a simple: ‘No, thank you.’ Audiences with Mohamed Salah are rare and in two and a half years as a Liverpool player, the only occasions he has spoken to the written media came after landmark moments — reaching 40 goals in his first season (April 2018), then after the Champions League triumph in June.

It was, perhaps, a flight of fancy to think he would break his habit following a run-of-the-mill victory over Watford but there was one revealing moment before Salah headed out of Anfield, when he turned around and said: ‘I should have had a hat-trick.’

There was a twinkle in his eye again and the statement was not so much regret, more the fact Salah was getting back to the level he expects from himself.

If the narrative around him has not been positive — first due to Sadio Mane’s eruption after Salah failed to pass to him in a 3-0 win at Burnley in August then because of the ankle injury he sustained against Leicester in October — the tone is changing.

This, without question, has been Salah’s best week of the campaign. His goal against Red Bull Salzburg was outstanding but there is an argument that the double he plundered against Watford — the opponents who provide him with so much joy — was even better. He marked his debut with a goal against them at Vicarage Road in August 2017 and has added another seven.

Salah’s first goal on Saturday, bent from his right foot with draw that would delight a golfer, came at the perfect moment late in the first half and his outrageous second — a backheel nutmeg — told you his confidence is beginning to soar.

‘The first goal was just a world-class goal,’ Klopp purred, before adding: ‘The second was as well.’

Salah has now scored in three consecutive games for the first time since he registered against Wolves, Newcastle and Arsenal in the space of eight days last Christmas. 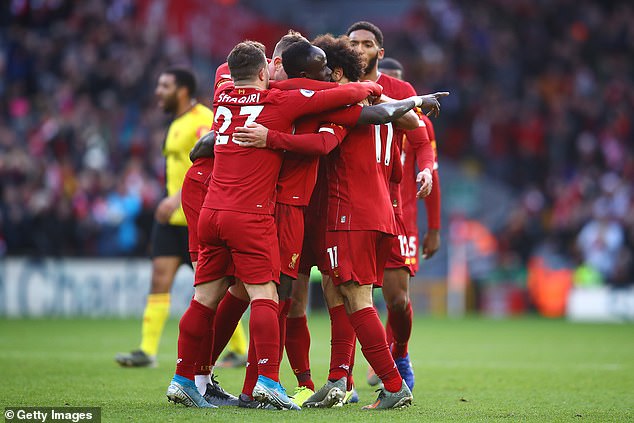 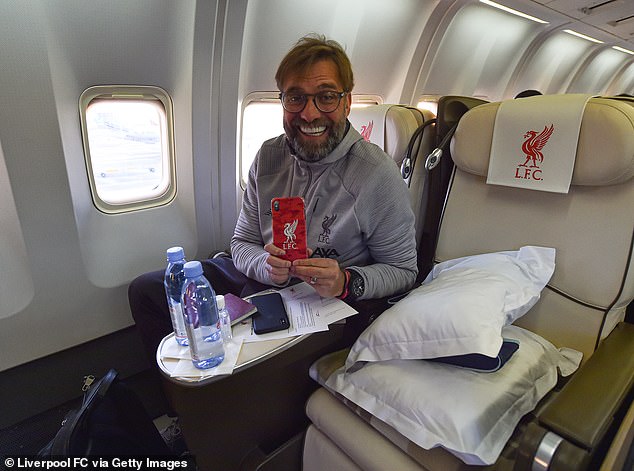 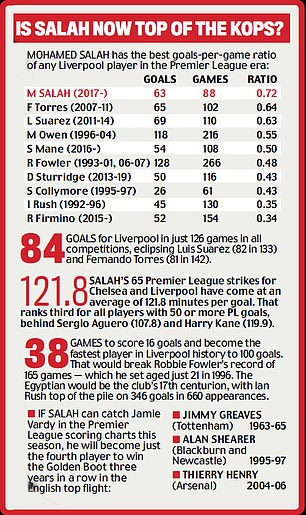 It made you wonder how long it will be before Salah is viewed as the best Liverpool striker of the Premier League era — with Robbie Fowler, Michael Owen, Fernando Torres and Luis Suarez all in the conversation.

Suarez was the beacon but his only trophy during three and a half years was the League Cup. Salah scored in the Champions League final and if he fires Liverpool to the title he would surely become the standard-bearer. He has 84 goals in 126 games, Suarez got 82 in 133.

Liverpool are odds-on favourites to win the Club World Cup in Qatar but it would be wrong to say Jurgen Klopp jetted out to the Middle East on Sunday in positive spirits.

Gini Wijnaldum, his influential midfielder, remained on Merseyside after damaging his hamstring and added his name to an injury list that includes Dejan Lovren, Joel Matip and Fabinho, who remains on crutches after damaging his ankle against Napoli last month.

Only the Khalifa International Stadium is being used to host the Club World Cup and with heavy rain in the area, the prospect of the third-place play-off being staged immediately before next Saturday’s final has alarmed Klopp.

‘I didn’t think about Qatar until after the Watford game,’ said Klopp. ‘Now I think about it and I heard all the games will be played on the same pitch. Then I saw that it is raining. It is just something we will have a look at when we are there. 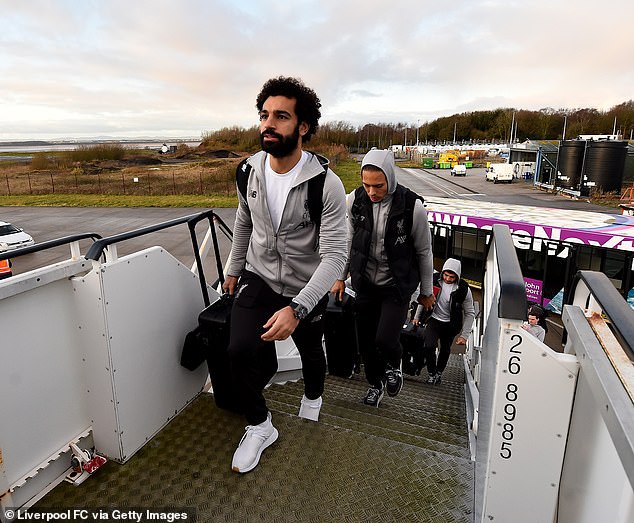 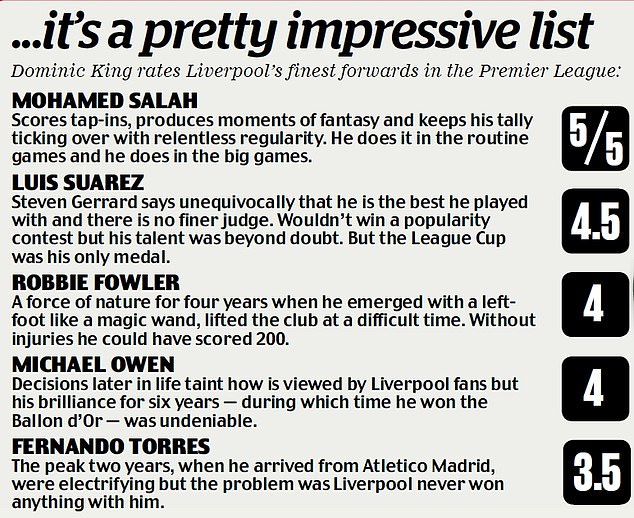 Liverpool will need to fight through this intense period and it is clear the amount of fixtures is preying on Klopp’s mind.

Sportsmail revealed on Saturday that England’s big clubs are planning to add four games to the Champions League group stage from 2024-25.

‘You all like watching us suffering,’ said Klopp. ‘That is how it is. Nobody cares, really. We have to cut off games, not put more in.’