A granddaughter of Italian fascist leader Benito Mussolini has won a second term as a city councillor in Rome with a much increased majority and said her success was down to her hard work, not to her family history.

Standing for the far-right Brothers of Italy party, Rachele Mussolini, 47, won more than 8,200 votes in the October 3-4 municipal election.

She won more votes than any other candidate and far more than the 657 votes she received in the previous ballot, in 2016.

‘In the past, I got interviewed only because of my family name. During my last term they started asking about the initiatives I promoted on the city council. I’ve worked hard,’ she told Wednesday’s edition of daily newspaper la Repubblica.

Rachele Mussolini, 47, (pictured) the granddaughter of Italian fascist leader Benito Mussolini, has won a second term as a city councillor in Rome with a much increased majority

She is the daughter of jazz musician Romano Mussolini, the son and fourth child of the fascist dictator who ruled Italy from 1922 to 1943.

‘I learnt to live with my surname since I was a child,’ she said. ‘At school they used to point at me, but then Rachele emerged and the person (that I am) prevailed over the surname, however burdensome that name is.’

She added: ‘I have many left-wing friends.’

Asked for her views on fascism, Rachele said she was against its glorification but declined further comment, saying: ‘To deal with this subject, we’d need to talk until tomorrow morning.’ 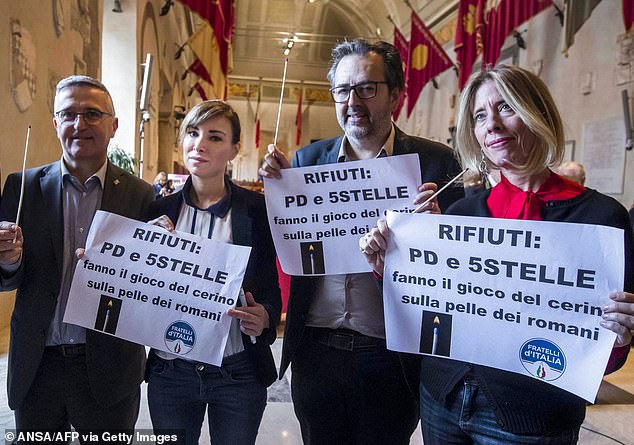 She was standing for the far-right Brothers of Italy party and won 8,200 votes, saying her success was down to hard work, not her family history. Pictured: Rachele, second from left, with other Fratelli d’Italia party town councillors 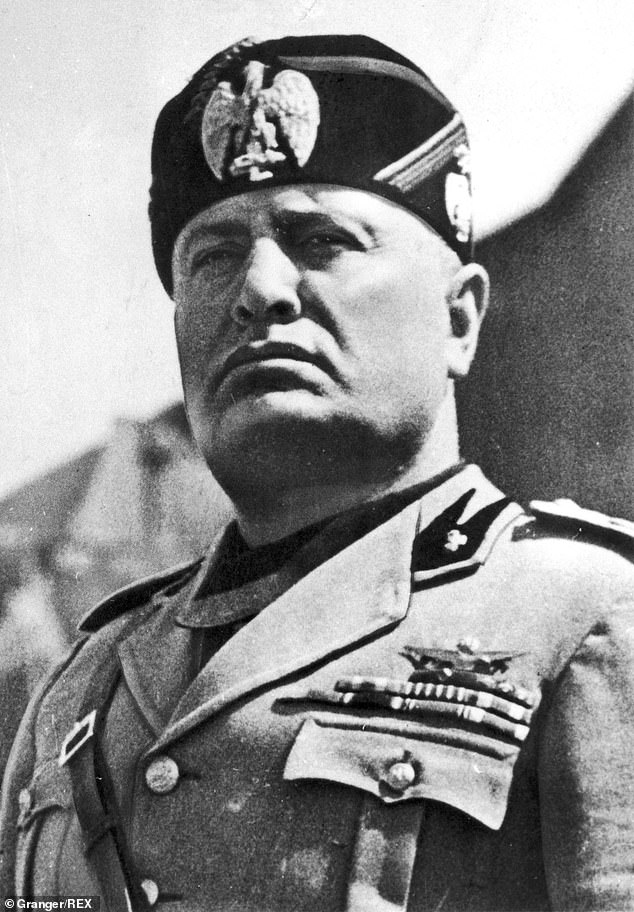 Rachele is the daughter of jazz musician Romano Mussolini, the son of the fascist dictator Benito Mussolini (pictured) who ruled Italy from 1922 to 1943

Italy’s four largest cities – Rome, Milan, Naples and Turin – and more than 1,000 smaller centres held mayoral elections on Sunday and Monday, with a run-off due in two-weeks’ time in cities where no candidate reaches 50 per cent.

Centre-left candidates are seen winning without the need for a run-off in the financial capital Milan, Naples and Bologna.

The rightist bloc, which includes Rachele Mussolini’s party, still hopes to win the run-off in Rome between its candidate Enrico Michetti and the centre-left’s Roberto Gualtieri.