Italian firefighters save dogs from a badger sett

This is the amazing firefighters rescue two dogs who got trapped in a badger set in a small Italian town.

The incident happened in the Telese Terme region, near the town of Solopaca, which is about 30 miles north of Pompeii.

Footage filmed from the scene shows the firefighters using pickaxes and shovels to dig their way into the burrow in order to free terriers called Chico and Bricilola. 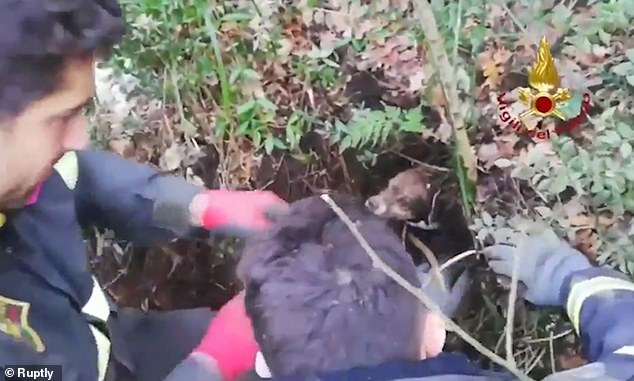 The three-hour operation took place Telese Terme region, near the town of Solopaca, which is about 30 miles north of Pompeii 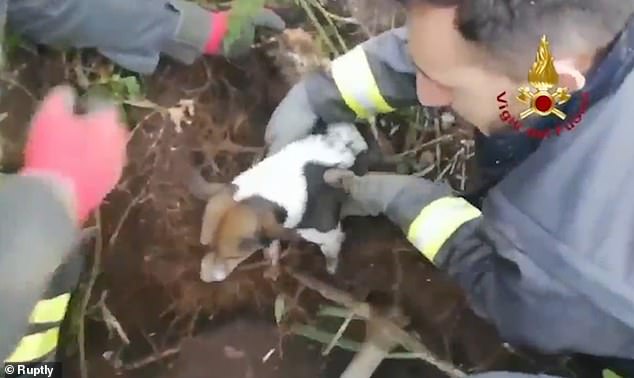 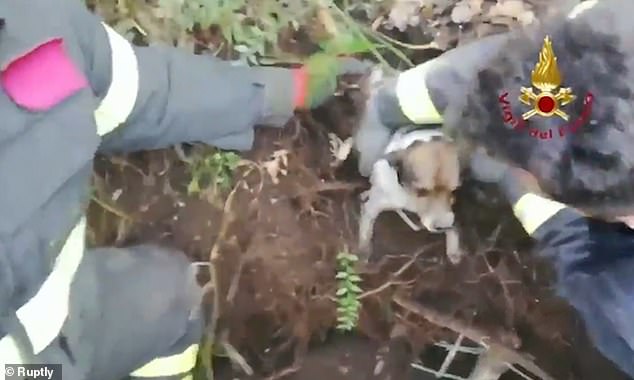 The two dogs were out on a walk with their owner when they got trapped in the burrow and were unable to find their own way out.

The two dogs were trapped underground for several hours but were believed to have been completely unharmed by their ordeal.