A town mayor in the south of Italy, known for his innovative approach to welcoming asylum seekers, was put under house arrest on Tuesday for allegedly favouring illegal migration, angering supporters but pleasing the anti-immigration interior minister.

Domenico Lucano, 60, mayor of Riace, a hilltop medieval town in Italy’s poor Calabria region, was put under home confinement by the finance police in the early hours, the local prosecutor’s office said.

A statement said Lucano and his partner, Tesfahun Lemlem, had organised arranged marriages with ‘particular ruthlessness’ between local citizens and immigrant women and had set up ‘simple yet efficient’ systems aimed at bypassing rules for migrants to be granted entrance to Italy.

Lemlem was banned from living in the town area, it added.

The prosecutor’s statement also accused him of fraudulently farming out the local waste management to two co-operatives rather than carrying out the required tenders and said a broader enquiry would look into the possible mismanagement of public funds, earmarked for migration projects.

With Lucano as mayor, Riace has made headlines for opening its doors to thousands of refugees, integrating them into society and revitalising a dwindling rural population.

He said that over the years the town had welcomed hundreds more but that many had then moved on to other European countries, including Britain, Norway and Sweden.

Riace’s model jars with a clampdown on irregular immigration by the national government, which last week approved a decree aimed at cutting the number of asylums granted and doubling detention time for irregular migrants. 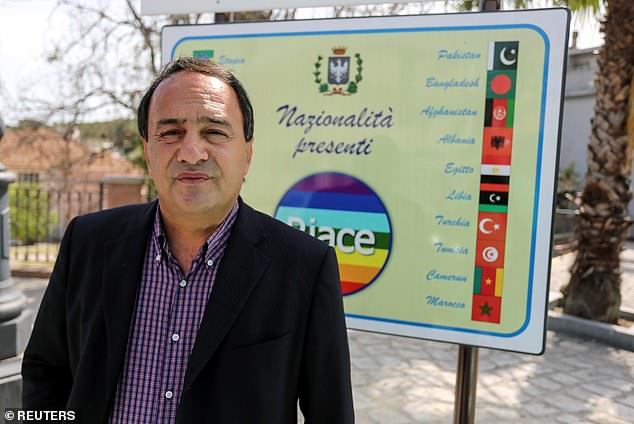 ‘Gosh, I wonder what … all the goody-goodies that would like to fill Italy with migrants will say,’, Interior Minister Matteo Salvini said on Twitter in reaction to news of Lucano’s house arrest.

Since taking office in June, Salvini has led a campaign to stop the movement of humanitarian rescue ships out of Italy’s ports. The party he leads, the far-right League, has promised to deport hundreds of thousands of irregular migrants.

Deputy Minister Luigi Di Maio said there should not be political speculation over the arrest and that the government had no role in the investigation, but that the event should rather raise the issue of transparency in the management funds for migrants.

Lucano, who has been mayor since 2002, was listed by Fortune as one of the world’s top 50 leaders in 2016. It was not immediately possible to reach his lawyer.

His house arrest led to uproar on social media. Writer Roberto Saviano said on Twitter that Lucano was guilty only of ‘disobeying and saving human lives and welcoming them (migrants).’

‘… (Lucano’s) model of integration for migrants has been long under attack, and today his arrest is on the grounds of the paradoxical accusation of favouring illegal immigration,’ said Fiom, the biggest Italian metalworkers union, in support of the mayor.

The group called for national mobilisation against racism and in favour of migrants’ rights to live and work in Italy. 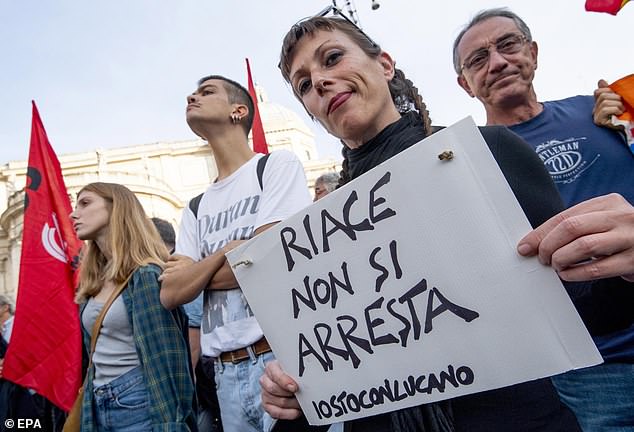